Activision and Bungie revealed the first new details of the Destiny 2 science-fiction shooter that comes out on the consoles and the PC in September. Among those details are the first fragments of the game’s main campaign narrative.

The Red War campaign will send you across the solar system and back, said Steve Cotton, one of the development leaders. The first mission is Homecoming, where the Guardians of humanity are hit with a surprise attack as they defend the last safe city on Earth in the science fiction shooter. The game will also feature clans for multiplayer fans for the first time.

Strikes will take you to the Red Legion territory. There will be a new map where you can go and find live events that are scheduled to happen. The four new worlds include Nessus, Earth, Titan, and Io. Each world has a very different environment. 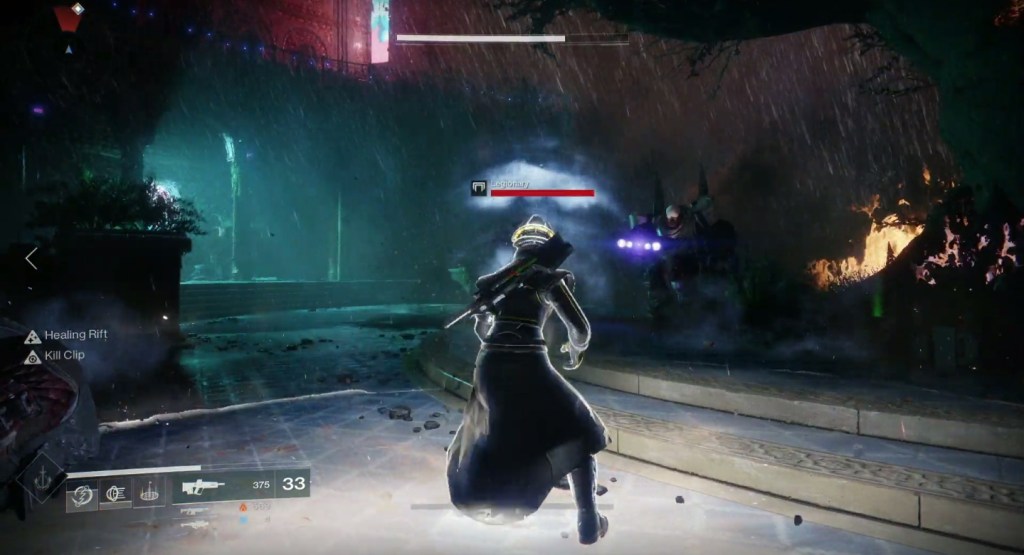 Above: Ghostin’ in Destiny 2.

Player-versus-player (PvP) action will take place in the Crucible.

“We are building it for PvP players, with [4-vs.-4] across all the game modes,” Cotton said. “We have new maps, new modes. We believe this is the

Countdown is a defend mode in Destiny 2. The game also has a brand new Raid, with the details coming later. You can also explore new worlds. Cooperative play previously happened only among friends, and that limited the number of people who played co-op. Now, “guided games” are where solo players can be paired with clans who are willing to be guides for the co-op sessions. You can review the clan identity and get a sense of who they are before you join them in guided game sessions.

Bungie hopes that will create a greater sense of community, and that it will enable solo players to experience all of the content of the game, even the content that is reserved for group play like Raids.

“There’s so much more to do as you explore,” Cotton said. “You can watch all of the new activities without going to orbit.” There are adventures and treasure maps.

“Oh, my god, yes,” gasped one of the fans in front of me as he heard that last part.

The clans will have custom banners for fans to share their unique identities. There will also be a reward program that benefits all of the members of a clan, if one player gets a reward.