Diablo IV is real. Blizzard announced the action role-playing game during its BlizzCon opening ceremonies today in Anaheim, California. It is coming out for PlayStation 4, Xbox One, and PC. A demo will be playable at the show.

Barbarian, the Sorceress, and the Druid are the first three classes announced for the game. All three are returning classes from past titles in the series.

Blizzard revealed the game with a CG cinematic. It was the first thing the company revealed at BlizzCon. The trailer was creepy and violent, giving off a much darker tone than what we saw in Diablo III. It also had plenty of blood. It ends with revealing Lillith, the “mother of hatred.”

Blizzard made it clear that Diablo IV will be going back to the franchise’s darker roots. The game will also include player-vs.-player areas. A gameplay trailer showed a Druid and Sorceress exploring demon-ridden areas, including snowy and desert areas. 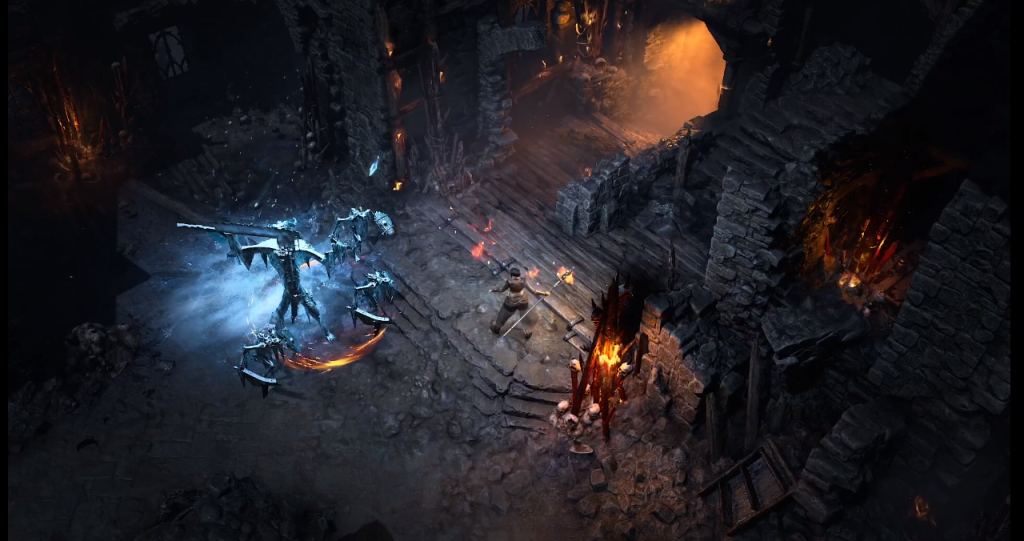 Many fans hoped that Blizzard would have announced Diablo IV at last year’s BlizzCon. Instead, the studio revealed the mobile take on the franchise, Diablo: Immortal. This upset many in Blizzard’s fanbase, a lot of which are hardcore PC gamers.

The original Diablo launched in 1996. The top-down action RPG stood out with its Gothic setting, creepy enemies, and satisfying characters. Diablo II followed in 2000 and Diablo III came out in 2012.