Change is a risky proposition. As much as gaming celebrates new concepts, it also thrives on the traditions that shape our expectations. Sometimes breaking from those traditions pays off, as we’ve seen with games such as Rocket League or Crypt of the Necrodancer. This is what happens when it backfires.

We tried to bring something new to the table with Drifting Lands, as we do with every project at Alkemi Games. Creating an entirely new genre is no easy feat, but we often try to blend elements of multiple genres into a new experience. Drifting Lands was the product of such an experiment. The core idea was to create the illegitimate offspring of Diablo and R-Type. It would be a true action role-playing game experience with a long progression of increasing difficulty, a complex loot system, a plethora of skills with which to refine your playstyle, and tons of replay value as you grind beyond the main story in search of epic gear.

While Drifting Lands looks like a traditional shoot-’em-up on the surface, the gameplay mechanics are much more indicative of an ARPG; hit points and healing skills versus instant death; procedurally generated levels versus designed predictability; wide-ranging ship development versus a few static builds.The list of influences from ARPGs goes on and on, and we thought that people would ‘get it’ if we simply cited our references as candidly as possibly. It didn’t quite work like that, though.

While some people did embrace the mashup of genres to create a small but dedicated fanbase, many reacted with confusion and even resentment. Despite our efforts to promote Drifting Lands first and foremost as an ARPG in all of our public-facing communications, the majority of people held it to the expectations of a classic shoot-’em-up. Stages without boss battles, the need to constantly upgrade weaponry, grinding for high-end gear, and RNG-based loot — these were some of the most widely criticized elements. What’s interesting to note is how such facets of gameplay are also staples of our ARPG influences. So, players either missed our game description, or read it and still expected a classic shoot-’em-up over an ARPG.

It raises an interesting question: why is it that one genre mashup is accepted at face value and one is not? Are shmups simply too rooted in tradition? Did we push too far, or not far enough? Trying to please everyone is a quick route to making a bland game, and, in our case, a lot of feedback from early players was diametrically opposed due to the differences in genres. As a designer, the alchemy needed to balance your vision with players’ expectations in such a scenario is both delicate and mysterious.

Drifting Lands is not a perfect game, and certainly there were changes we would loved to have made with the benefit of a larger budget and more time. That said, I’m quite proud of what we achieved as a six-person team. On the whole, the game works as intended and we have players spending more than 50 hours in the game.

Economically though, Drifting Lands was a far more dangerous project than I had imagined. Was it avoidable? Almost certainly. With more research, perhaps we would have learned that some traditions aren’t to be meddled with, or how to better introduce players to a new spin on an old idea. The difficulty is in getting to the heart of that information.

For example, prototyping is an invaluable tool for gauging an idea’s feasibility early in development. That said, there is a huge difference between prototyping something like a linear FPS, versus a system-heavy ARPG like Drifting Lands. As a player, much of the joy of an ARPG is found in the progression itself, building up stats and loot to take on new challenges, so as a developer you almost need to build out the entire game just to test out your ideas.

Creating prototypes and managing playtests for feedback on that scale are serious challenges for a small team. Faced with that obstacle, we took a calculated risk and continued onward to create Drifting Lands, and I am glad that we did. Nevertheless, the decision to pull back or push forward is a choice that every developer must face, and it is one that should be considered with great care.

Alkemi Games is fortunate enough to have parallel sources of income, and we will continue to explore new concepts, but almost certainly on a much smaller scale. Experimentation needs to happen or gaming as a whole will grow stale. That said, one of the greatest mistakes a designer can make is to ignore expectations and blindly assume that others will wholeheartedly embrace your vision. 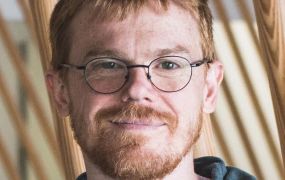 Alain Puget is the creative director of Alkemi, the small indie studio behind Transcripted and Drifting Lands.