Few embrace the games-as-service model as well as Elite: Dangerous. Four years after launching the multiplayer space sim, Frontier Developments is still hard at work on making free and substantial updates, giving players new reasons to come back to its carefully crafted universe again and again.

Elite: Dangerous (available on PC, PlayStation 4, and Xbox One) is so entwined with the developers’ lives — Frontier has been working on some form of Elite for years, even before the 2012 Kickstarter campaign — that for executive producer Adam Woods, development milestones go hand-in-hand with cherished memories of his kids.

“My life is basically made up of my children’s first steps, and then first steps in Elite, first discoveries in Elite,” said Woods, laughing.

Updating Elite: Dangerous, which prioritizes player choice above all else, is a monumental task. In the beginning of the game, players have the freedom to define their role: They can be a space pirate who preys on unsuspecting ships, a miner who makes money by stripping minerals from an asteroid belt, a peaceful explorer who just wants to map the galaxy, and much more — some of which the developers could never have predicted. But anything seems possible when you have a playground filled with 400-billion-star systems.

While appeasing a diverse community like that can be tricky, Frontier has always taken a holistic approach to its expansions, making sure that specific improvements to a certain class or play style can benefit other areas of the game, too.

“That’s the beauty of Elite: Dangerous. It’s this massive simulated galaxy of its own creation,” said Woods. “The players are in there and seeing — they take what we give them and create these incredible little gameplay loops and lore and role-play that we then have to look at and make sure we don’t cause too much disruption when we want to add something like exploration in.”

It was no different with the additions and changes made this past year, which fall under Elite’s Beyond season of content (the last part of the update, Chapter Four, came out on December 11). According to Woods, the team used Beyond to improve some of the game’s “core careers,” specifically exploration, mining, and trading.

Among other things, they expanded on the story behind the Guardians, one of the alien races in Elite; improved the ships’ navigation tools (you can scan even more planets and other celestial bodies for resources); and allowed players to better coordinate with one another using the new Squadrons feature. 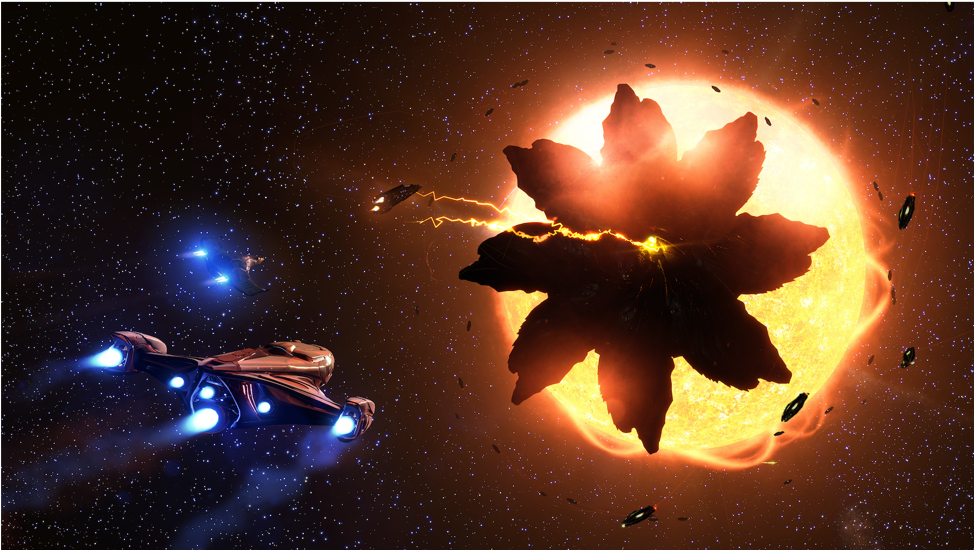 Shaping the history of the universe

Frontier has to walk a similar tightrope when trying to build on Elite’s sci-fi mythology. On the one hand, the game has an authored story, with scripts that populate dialogue from NPCs and explain the various factions vying for power. On the other is the path that players carve themselves, the emergent gameplay experiences that arise out of their chosen profession and run-ins with other players.

Sometimes, the studio plays up both sides when it comes to dramatic new events in the main storyline. That happened a few years ago with the introduction of the Thargoids, a mysterious alien species from the original 1984 version of Elite. After teasing their existence with strange artifacts and other items, the developers quietly added the Thargoids during Elite’s Horizons season.

Their debut was nothing short of dramatic: players were suddenly yanked out of their routine hyperspace routes, their ships’ computer systems going dark as a menacing, starfish-like vessel appeared, scanning their ship with an intense beam of light before blasting off into space. It only took a few hours for the Elite community to discover Frontier’s sneaky update.

“It was about half past 10 at night, maybe 11 o’clock, and I’d been waiting, trying to see who would be the first player to get caught,” Woods fondly recalled. “Just as I was about to turn my PC off to go to bed, a tweet came up: ‘Oh my God, a Thargoid has been spotted!’ Suddenly, I was up for another two or three hours watching the reactions to this. … That was a pretty exciting night.”

In the Beyond season, that storyline now involves a full-on war with the Thargoids, with the developers adding in even more hostile alien ships that players must contend with. For big story beats like that, Frontier has an overarching plan about how and when they should be incorporated. But for smaller events that require participation from players (like collectively gathering resources to build a starport), the studio is more flexible and often has multiple options in place depending on the outcome.

“It’s about allowing as much freedom in the game as we can, while also still achieving what we want to do on the main flow,” said Woods. “We have quite a few smaller narratives going on as well, which can lead with community goals appearing and players taking part in those. If they fail to do that, we can also just stop the narrative. It can be as harsh as that. But that’s what makes it engaging and a living, breathing galaxy.” 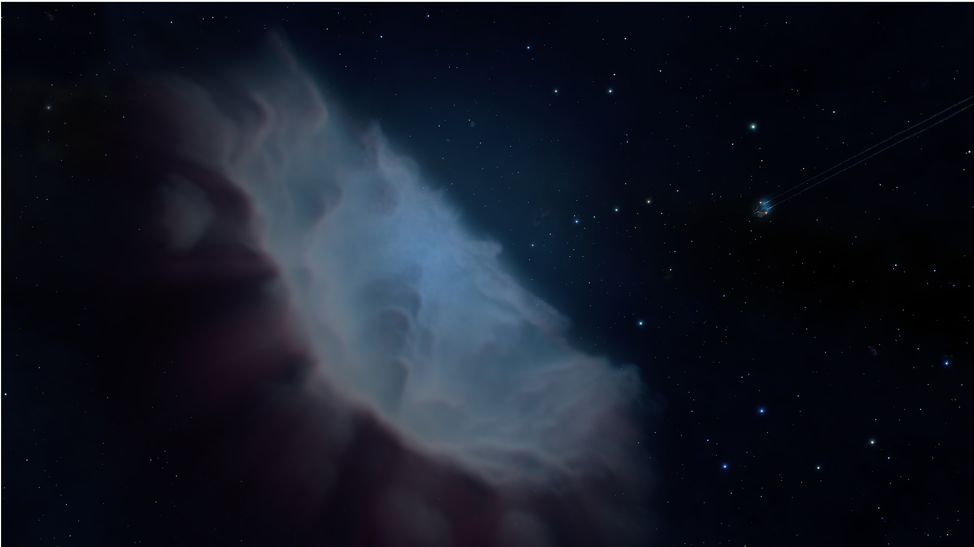 For some subsets of the ravenous Elite community, those stories aren’t enough. So they make their own fun by informally creating new factions with various goals and achievements. There’s the famous Fuel Rats, a group of players who try to help stranded commanders by refilling their spaceships with fuel, no matter how far away they may be. With members from around the world, they operate like a 24-hour emergency rescue service.

Others are preparing for Distant Worlds II, a huge community-led expedition through the undiscovered regions of the cosmos that’s scheduled to leave in January 2019. Then there’s the Canonn Interstellar Research Group, a science-based faction that uses existing tools to conduct experiments in order to unravel the mysteries of the universe. They were one of the first to suspect that the Thargoids were coming after analyzing one of the game’s artifacts.

These player-made groups have only been increasing in number and popularity in the years since Elite’s release.

“Role-playing is very strong in Elite: Dangerous. The other really humbling thing and a lovely aspect of our community — I don’t know why we seem to attract people like it, and I’m very glad we do — is that they’re so open to helping other players find their feet in the game and talk them through it,” said Woods.

While not made specifically for these communities, the improvements that came with the Beyond season of content (like Squadrons and the new ship scanning system) give these players more opportunities to stumble on something cool and meaningful during their journeys. Woods teased that Chapter Four in particular added “new phenomena and objects” that explorers would find very interesting.

This is just another example of the interconnected nature of Elite’s mechanics and the unique relationship Frontier has with its players. With an experience that’s partly designed and partly improvised, Elite: Dangerous continues to evolve in strange, exciting, and unpredictable ways — and will hopefully continue to do so for years to
come.

But for now, Woods is more concerned with how players will react to the end of Beyond.

“For me, it’s all about Chapter Four at the moment and seeing how it goes down over the holidays. Particularly with the exploration, finding things,” he said. “My Twitter feed has become a timeline of different areas and biomes and things that players have found, and some incredible screenshots. We seem to have a community that is very, very good at taking screenshots of the game. [Laughs]”