Gears Tactics is launching April 28 for Windows 10, Xbox Game Pass for PC, and Steam. On How Games Make Money this week, host Jeff Grubb sits down to talk with The Coalition operations director Mike Crump and Xbox marketing general manager Ben Decker about the launch of the game. As part of that conversation, Decker and Crump also speak to the effect Game Pass has on design, development, and the business model. Join us, won’t you?

Gears Tactics is exactly what it says on the label. It takes the classic Gears of War setting and slips it into tactical, turn-based gameplay. And it’s a good fit. Gears taught a lot of people about strategically using cover, and that thinking translates well into the strategy realm.

And in talking to Decker and Crump, they make it clear that this game exists in part because of Xbox Game Pass. That Netflix-like subscription service provides some creative slack and empowers creators to take chances — especially for first-party Microsoft studios. And instead of only thinking about making games that sell units, The Coalition can build something with the purpose of expanding the reach of the Gears universe. That’s why the game is hitting Game Pass for PC as well as Steam on the same day.

“Players should be able to play our games wherever they are,” said Crump. “And we want to reach them on any of the platforms that we’re on.” But even as Gears Tactics is launching on Steam, The Coalition isn’t necessarily concerned about it topping the charts.

“We have certain expectations, and we will measure against those in terms of unit sales,” said Crump. “But Game Pass just frees us up a little bit from having to be solely reliant on those kinds of metrics for success. … But when we’re deciding whether to make a game or not. It’s nice to have all those different metrics for success and not be tied to just one measure of ‘did you sell a certain number of units at a certain price point or not’ because I think it really allows us to take risks and try things that we wouldn’t otherwise.”

So in a gaming world where the top games are doing better than ever but developers are producing fewer smaller and riskier releases, Game Pass could mitigate against that. Decker says that’s the approach Microsoft is taking. And that’s also because subscribers are asking for a variety of experiences.

“From a portfolio perspective, there’s two big goals,” said Decker. “The first one is that you always have something great to play so that there’s a wide variety of genres and stuff for kids and core shooters. And we want to make sure that you have access to some of your old favorites. But then [we want to make sure] that there’s also always something new to play. We look at feedback from our members who are very vocal about games and genres that they’d like to see, and so we listened pretty closely to that.” 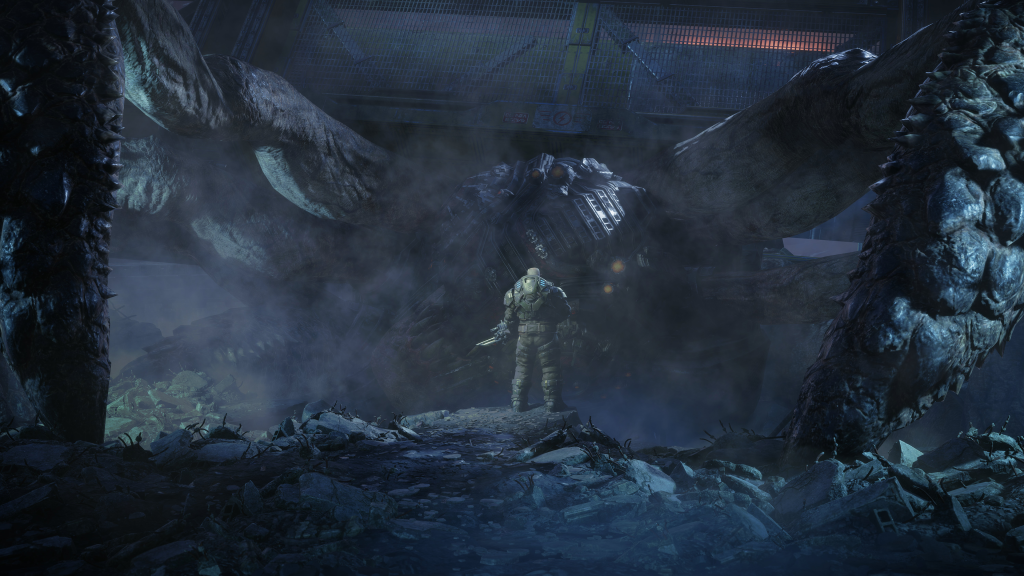 But while Microsoft is releasing Gears Tactics and trying to provide a variety of experiences, does that mean the company is going to focus on funding a lot more smaller games? And is it going to do that at the expense of large, tentpole blockbusters?

“You know it’s really about both,” said Decker. “It really is — because, again, our members want to see both. That’s the feedback we’ve heard loud and clear. They love discovering that sort of small developer with a game they’ve never heard of in a genre that they maybe didn’t even know was a genre. And they love discovering quirkier indie games, but they also want to see big triple-A or quadruple-A hits in the service as well.”

Decker says Microsoft wants Game Pass to feel similar in its variety to going to the movies. You can find some unique foreign film at the art-house cinema, but then you also want to see The Avengers.

As for Crump and the rest of The Coalition, they made it clear that while some key-performance metrics have changed, the core challenges are still the same.

“We’re just thinking about making a great game,” said Crump. “It’s really that simple. I mean it’s hard. It’s easy to say, but it takes 99% of the team’s brain power just trying to figure out how to differentiate ourselves and how to translate Gears of War into a new genre. And to figure out how to reach the PC gamer and make them happy. Those are the things that we’re focusing on — just how do we make the experience as good as possible.”

And you’ll all get to see those efforts for yourself when Gears Tactics launches next week.