Google has a gaming platform now. It’s called Stadia, and it streams blockbusters like Assassin’s Creed: Odyssey from the cloud to almost any device. Google revealed Stadia at the Game Developers Conference in San Fancisco today. During that presentation, it revealed it is making its own games, but that wasn’t its focus. It didn’t show off even one original project. What the company did talk about, however, is YouTube.

The connection between YouTube and Stadia ranges from the obvious to nebulous promises that may never come true. But the messaging out of Google is clear: YouTube is one of the top destinations for game-related content in the world, and Google’s going to leverage that to sell games.

YouTube and its related features are also how Google is going to separate Stadia from other platforms like Steam, Xbox, or PlayStation.

The most obvious use of Stadia is the “Play Now” button that Google plans to add to Google. If you are watching a video about a specific game, Google will give you the option to click a button to start playing it.

But that idea is not exactly groundbreaking. Twitch puts the option to purchase games from Amazon next to relative livestreams. It even shares revenues with content creators. The difference that Stadia brings is convenience.

It can take 30 seconds to load a game like Assassin’s Creed: Odyssey on an Xbox One X, and that’s after you spent hours downloading it. Thanks to its impressive specs and server-class SSDs, Stadia can load full games in about 5 seconds without any downloading.

Stadia simultaneously outputs video to your device and to YouTube. This gives you an easy option to record or broadcast your gameplay without using extra hardware or taxing your system.

You can even output that video at 4K and 60 frames per second. That’ll give you extremely high-quality video footage on YouTube.

The YouTube integration goes beyond the basics, though. Stadia is introducing a feature called State Share. This enables you to save a game in a certain state and share that with friends.

Let’s say you beat an extremely challenging boss that your friend claims they could beat in their sleep. Well, now you can invite your friend to pick up the game from right before the boss to prove it to you.

But Google also expects people to challenge each other by creating puzzles and scavenger hunts in games. I could take all the cheese rolls in a game like Skyrim, hide them around the world, and then challenge my followers to work together to find all the cheese. 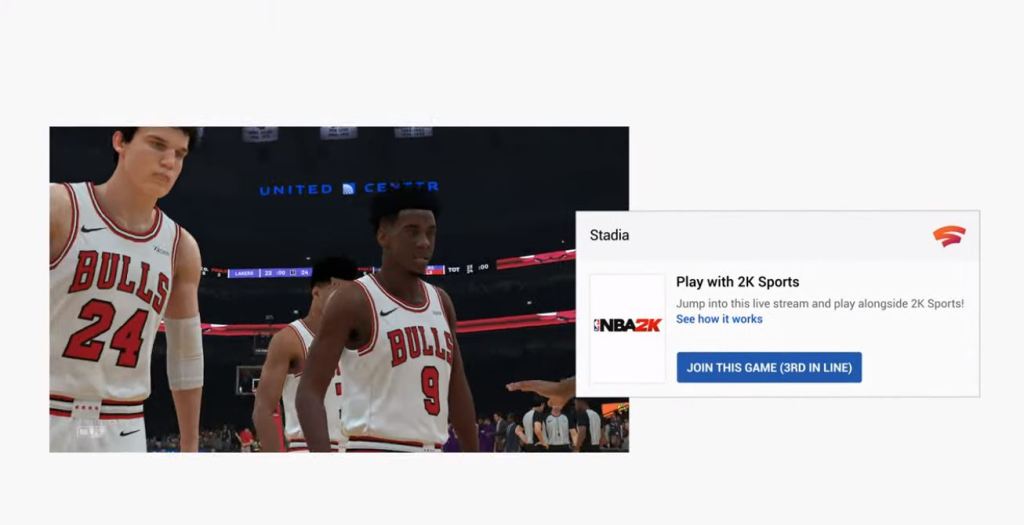 Let’s say you are livestreaming a multiplayer Stadia game. If you choose to, you can set an option to let your viewers challenge you directly from YouTube. If multiple people challenge you at once, Stadia will automatically throw them into a queue.

It’s almost like putting quarters on a Street Fighter machine at the arcade. As long as latency doesn’t kill fighting games on a platform like Stadia.

Will any of this work?

The technology behind Stadia seems solid, and I loved the concepts behind State Share and Crowd Play. But whether or not they will thrive will depend a lot on how well they work in execution.

If it’s easy and convenient, then players will find the fun.