The infrastructure tool that enables many of the best mods for Grand Theft Auto IV and GTA V could return after the Rockstar Games studio and publisher Take-Two Interactive sent a cease-and-desist order to the people who distribute that software.

Rockstar Games has posted a new policy about single-player mods that opens the door to the return of the OpenIV framework that is crucial to many mods in the most recent GTA open-world crime adventures. The studio is still planning to do everything it can to protect the integrity of GTA Online, its services-based persistent multiplayer world that generates hundreds of millions of dollars in revenues from in-game transactions. But Rockstar’s single-player modding policy, which its lawyers clearly wrote, claims that the company will “generally” not pursue legal action to pull that content offline.

Rockstar Games believes in reasonable fan creativity, and, in particular, wants creators to showcase their passion for our games. After discussions with Take-Two, Take-Two has agreed that it generally will not take legal action against third-party projects involving Rockstar’s PC games that are single-player, non-commercial, and respect the intellectual property (IP) rights of third parties. This does not apply to (i) multiplayer or online services; (ii) tools, files, libraries, or functions that could be used to impact multiplayer or online services, or (iii) use or importation of other IP (including other Rockstar IP) in the project. This is not a license, and it does not constitute endorsement, approval, or authorization of any third-party project. Take-Two reserves the right to object to any third-party project, or to revise, revoke and/or withdraw this statement at any time in their own discretion. This statement does not constitute a waiver of any rights that Take-Two may have with respect to third-party projects.

I’ve reached out to the OpenIV team to ask if the tool will come back online (an update to the existing app went live recently), and I’ll update this post with any new information. So far, the OpenIV download link still redirects to OpenIV lead developer Yuriy “GooD-NTS” Krivoruchko’s announcement that he is shutting the program down.

The last word from OpenIV was in response to a Rockstar statement that claimed this was Take-Two’s doing and that Rockstar had no problems with single-player mods. Instead, Rockstar claimed that OpenIV was targeted because it enabled nefarious cheating in GTA Online.

“Take-Two’s actions were not specifically targeting single player mods,” reads the original Rockstar statement. “Unfortunately, OpenIV enables recent malicious mods that allow harassment of players and interfere with the GTA Online experience for everybody. We are working to figure out how we can continue to support the creative community without negatively impacting our players.”

But that is not the full story. The OpenIV team disables GTA Online and gives players who use it this warning: 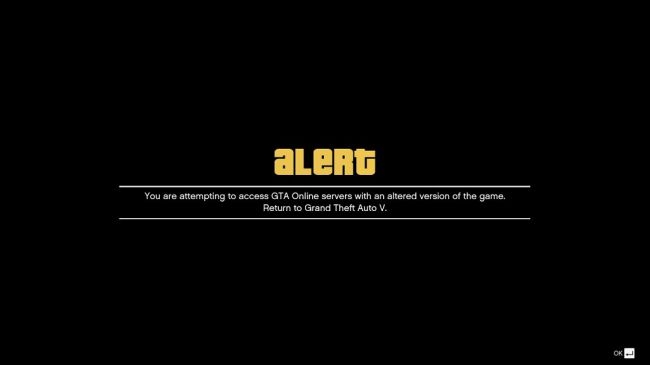 “The [Rockstar statement] is just wrong and they know it,” Krivoruchko wrote. “OpenIV does not allow or supports any kind of GTA Online mods. We always supported Rockstar in its right to protect GTA Online from hacks and cheats. But, Take-Two’s cease-and-desist was specific for our single-player mods and have no mentions about GTA Online.”

Now, it’s possible that others were taking the OpenIV code and using it to power their GTA Online cheating mods (something Krivoruchko admitted was possible in an interview with Motherboard), and preventing the distribution of OpenIV might slow down those other hacks. But Take-Two lawyers going after OpenIV for the actions of other people, while easier, enraged enough fans that the publisher and developer are now seemingly backing off.