Guild Wars 2 is finally getting mounts when the massively multiplayer online role-playing game’s second expansion, Path of Fire, comes out for PC on September 22.

Along with giving players a new, desert area to explore, Path of Fire debuts multiple ride-able creatures for the first time since the game’s 2012 debut. But while most of its contemporaries, including Blizzard’s World of Warcraft, use mounts as little more than pretty speed boosts, Guild Wars 2 is taking a different approach. Its mounts will have unique movement abilities, like long leaps and short-range teleportation.

GamesBeat asked Guild Wars 2 game designer Roy Cronacher about this new approach to the MMO staple and why developer ArenaNet waited so long to add mounts. 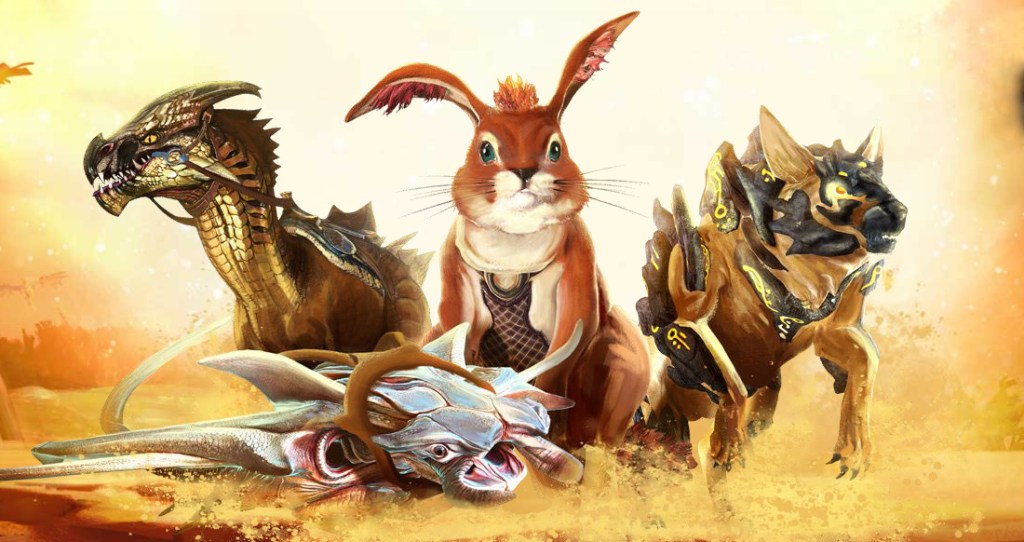 GamesBeat: Why wait until now to introduce mounts to Guild Wars 2?

Roy Cronacher: Mounts were always something that we had in our minds as a possible addition to Guild Wars 2. We knew that we wanted to do them differently from most games, so we wanted to allow ourselves the time and focus to implement them in a way that matched our vision for them. [The first expansion] Heart of Thorns allowed us to lay a lot of groundwork, creating systems like Masteries for the future of the game. Now that the groundwork has been laid out, Path of Fire is about taking those systems and providing a content-rich expansion. It was the perfect time to tackle mounts and add them into the game.

GamesBeat: How do you design movement abilities for mounts without breaking the design of the game world?

Cronacher: While we definitely had to be careful about not breaking the world too much, mounts are kind of about defying the rules. They give the player the ability to perform incredible feats of movement that normally are not possible. Unlocking each mount should be a big moment for the player and leave them in wonder as they imagine all the ways they can use it. That being said we definitely had to do a lot of balance for each mount’s ability and even did a whole pass across non-Path of Fire maps like we did when we added gliders to them — we put up no-mount zones around areas, like jumping puzzles, where the mounts’ movement abilities might interfere with the original spirit of the content.

GamesBeat: How do players earn mounts?

Cronacher: Players earn mounts by completing special renown hearts known as mount camps. The first one that you’ll encounter is inside the very first story step which brings you to Crystal Oasis. After that, you’ll find them through the world as you play through Path of Fire. It was important to us to make sure that mounts were integrated into the entire expansion and feel like a natural progression as you play through. The mount camp will let you try the mount and get some experience with it, culminating with unlocking a permanent version for your personal use. When you unlock the mount, you’ll also unlock its mastery track which provides you with a mechanism to unlock upgrades for the mount. 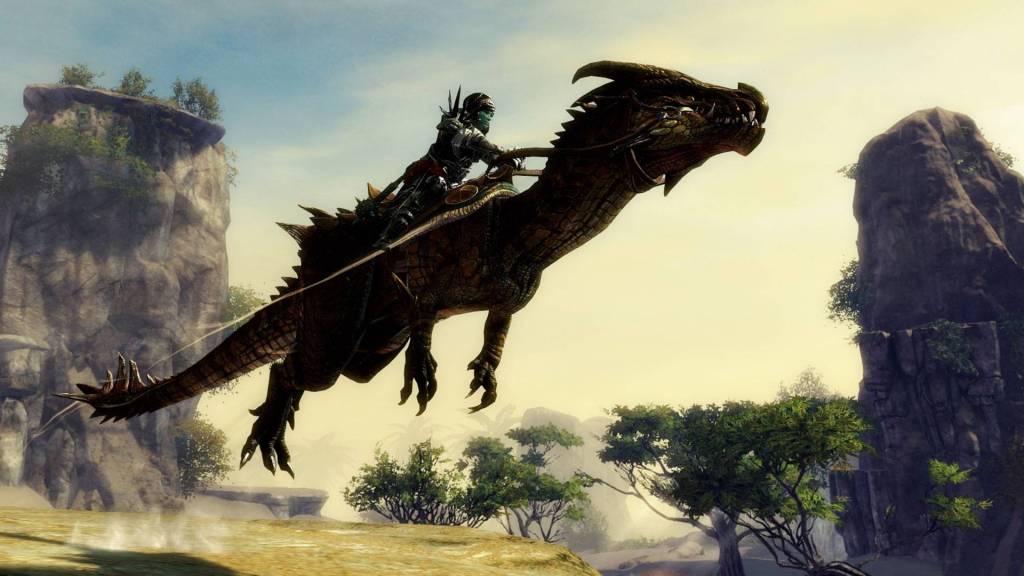 Above: The Raptor can clear a chasm in a single leap.

GamesBeat: Do you think players will be switching between the different mounts often, since they have such different abilities?

Cronacher: We totally expect players to be switching mounts fairly often, but that doesn’t mean attachment to a specific one won’t also happen. Internally, we’ve seen quite a spread of people favoring different mounts. There will be specific areas that more strongly favor one mounts movement over another, but in many cases, there are multiple ways to approach each challenge. For example, you might find a clever way to jump up a cliff with the springer instead of crossing the same canyon with a raptor. We have tried to make it easy to switch and even added optional hotkeys to quick-mount a specific mount.

GamesBeat: Why did you put so much effort in trying to change up the classic MMO mount philosophy?

Cronacher: We generally like to try to tackle features in a unique way and see how far we can push them; mounts are no different. When looking over what did well in Heart of Thorns, gliding really stood out to us. It was a new way for players to explore the world, an extension of our “joy of movement” philosophy, and players loved it. We thought to ourselves,  “What if we took mounts and used them as the vessel to deliver these incredible new ways to move and explore?” and everything just clicked. We wanted mounts to be more than that though; we wanted them to feel like companions to the player, feel like they have their place in the world, and feel like a fun toy to explore Tyria.