At the end of 2012, publisher THQ declared bankruptcy, beginning the painful process of liquidating its assets. These included Vigil Games, the studio behind Darksiders and its just-released sequel, leaving the 80-person developer’s future uncertain. While Darksiders 2 had been critically well-received, sales were below expectations.

“When THQ went bankrupt, we didn’t get purchased where a lot of the other THQ studios did,” Gunfire’s game director John Pearl remembers. “There were a lot of reasons for that. But the biggest one was we had just finished Darksiders 2, so we were in a lull — whereas almost every other studio was about to ship something and so looked more valuable.”5

Vigil had just started working on a new project, but didn’t have much that might seduce potential buyers who wanted something they could sell to consumers as soon as possible. Despite creating a AAA, well-liked series, Vigil was done. But the developers still had fans.

Pearl believes that people really resonated with Darksiders’ approach to the ambitious Zelda formula. It took the puzzles and exploration from Nintendo’s heavy-hitter, but introduced God of War-style combat and an unconventional setting. There were familiar elements, like post-apocalyptic cities filled with crumbling skyscrapers, but these places were full of demons and angels trying to murder players. And with the sequel, Vigil introduced whole new worlds, complete with their own off-kilter mythological denizens. Even though Vigil was gone, that legacy persisted, and a lot of the team finally got snatched up.

“While our current president at the time, David Adams, was out at the THQ auction, he had met and talked with the folks over at Crytek, and they’d discussed opening. studio,” Pearl says. “I guess they worked out a deal. They picked up a decent amount of us, I think about 50 of us; unfortunately a lot of people still couldn’t come along. We ended up being Crytek USA.”

However, Crytek was facing similar, financial problems to THQ which was affecting the game Crytek USA was working on, Hunt. It was put on the back-burner — to be re-announced as Hunt: Showdown this year — and Pearl and his fellow ex-Vigil developers had reached the end of their tethers. 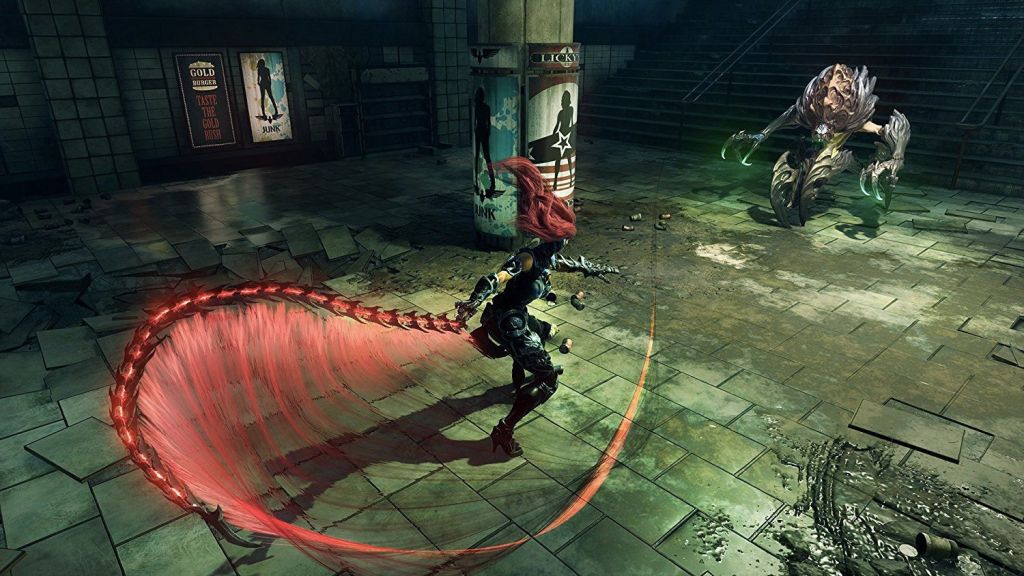 “So the group of us, the leads from Vigil and then Crytek USA, we took a step back and said: ‘Why don’t we try to control our own fate? This is twice now that circumstances out of our control have determined our fate, so why don’t we try to take a stab at it ourselves?’ We really wanted to keep the team together, we work together very well and we’ve been together for a long time. We ended up splitting off and doing our own thing. We started with seven, brought on about six people later, and we’re up to about 60 people now.”

Gunfire Games was born, and one of its first projects was a remastered version of Darksiders 2 for the series’ new owner: Nordic Games, which would eventually be renamed THQ Nordic. The publisher had reached out to the team while they were at Crytek USA, but Crytek wasn’t interested in working on the Darksiders series. Freed from Crytek’s intervention, however, they could finally get back to the universe they created. The remaster went well, so Nordic and Gunfire decided to continue their partnership, this time with Darksiders 3.

“Darksiders 1 and 2 are very different, and I think Darksiders 3 needs to continue that,” Pearl explains. “You know you’re playing a Darksiders game, but at the same time it feels new. We didn’t want to tread the same path, maybe because of our own internal boredom. So we wanted to strike a balance between familiar elements like characters and mechanics, but each Horseman has their own story that we want to tell. Within that, we change how they get around the world, how they fight, how they react to the world — each one is unique and based on the character’s perspective.”

The third Darksiders follows a new Horseman, Fury, the series’ first female protagonist. Pearl compares each Horseman to a class, with War being a tanky warrior, Death being more like a necromancer, and Fury being comparable to a mage. A mage with a whip, though, and one with a penchant for acrobats. Like her brothers, she can wade into battle and get up close and personal with her monstrous foes, but she’s especially good at getting out of there when the aggressive, head-on strategy isn’t working

While getting to work on Darksiders again was a big coup for Gunfire, it’s a prolific studio that already has several games under its hat, mostly for VR headsets like the Samsung Gear VR and the Oculus Rift. Since being founded in 2014, the studio has developed Chronos, Herobound, Dead and Buried, and Darksiders 2: Deathfinitive Edition, with From Other Suns and Darksiders 3 still in development. When a lot of new studios would still be working on their first or second game, Gunfire already boasts a beefy catalog of titles. 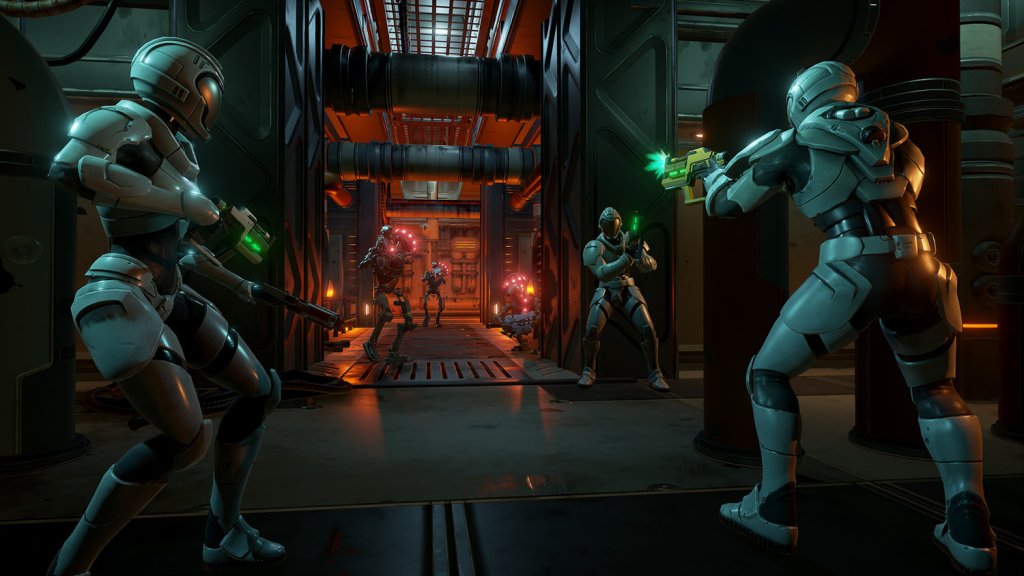 “When we do a game where we know what we’re doing, it just kind of comes… I’m not saying it’s easy, but it definitely comes a little smoother,” Pearl says. “We just want to be able to do multiple games at the same time, and we’ve staffed up skill sets for that. So we don’t really hire for people to do one thing on a specific game, we look for generalists that are just good game developers. So we can do more games, multiple things at once, and also switch people around.”

This month will see the launch of the studio’s latest VR project, From Other Suns. It’s a rogue-lite space adventure, where up to three players can manage a ship and its crew in a randomly-generated universe. Fights can take place in space, in ship-to-ship battles, but players will also be able to duke it out with enemies onboard other ships, teleporting over as an away team.

Getting the movement right has been a recent priority, as VR can affect people in such a large array of ways, and after a recent open beta, one of the clearest pieces of feedback was that the game needed more movement options.

“We have a comfort mode, where you’re stationary, then you push forward on the stick, a character runs out from your position, and as soon as you let go of the stick, it pops to their view, ”Pearl explains. “That’s our ‘you won’t get sick’ mode, and you can play for long periods of time. Then there’s the advanced mode, which is basically head tracking forward motion, so wherever you’re looking and pushing forward on the stick, that’s the direction you’ll go. And then there’s one where the direction you’re actually holding the joystick or touch controller is the direction your character will go, so you’ve got free look separate from the motion.”

If there’s a common thread running through these disparate games — multiplayer VR space shooters, cute puzzle games, and post-apocalyptic action adventures — it’s probably world building, Pearl thinks, especially on the art side. But there’s consistency in the tools used to make them, as well. The team’s got plenty of experience with Unreal, which it uses for all of its games, and tools that they’ve designed for one game — like Chronos’ leveling tool — can be expanded and applied to new ones.

The games share teams, too, with various developers wearing multiple hats. Pearl, for instance, started out in art, so he’ll jump in and work on some art tasks as well as working on game design. Everyone knows what everyone else is capable of, Pearl points out, because it’s a mature team, containing a lot of people who have worked together across multiple studios and a wide range of games. Gunfire may only be three years old, but it has a much longer history.

From Other Suns is due out on November 14, available on the Oculus Home Store, and Darksiders 3 will arrive next year.