Like a great many Halo Insiders, I played the Halo: Infinite public test this weekend, and it brought back some good memories. I’m looking forward to playing a lot more of this game when it debuts in 74 days.

The public test of the multiplayer tech is running this weekend and next weekend as Microsoft’s 343 Industries collects data and feedback from the community as the developers move into the home stretch. I enjoyed playing the Halo: Infinite Arena multiplayer maps, where four players squared off against four enemies. You can see one of my matches in the embedded video. The game debuts on December 8.

It took me a while to get back in the swing of Halo multiplayer, as I haven’t played it in a while. You have to toss a grenade and hope to do some damage, shoot at the enemy as you close, and then finally take the enemy out with a well-timed melee swing. The trouble, of course, is that the enemies are trying to do the same thing to you, from all directions.

I learned that I didn’t really have much time for aiming down the site. Rather, I just fired my assault rifle at targets using hip fire. I didn’t experience much gun bounce, so that started to work fairly well for me. But I did get the best results when I could aim down the sight and fire for a long enough time to bring down the target. 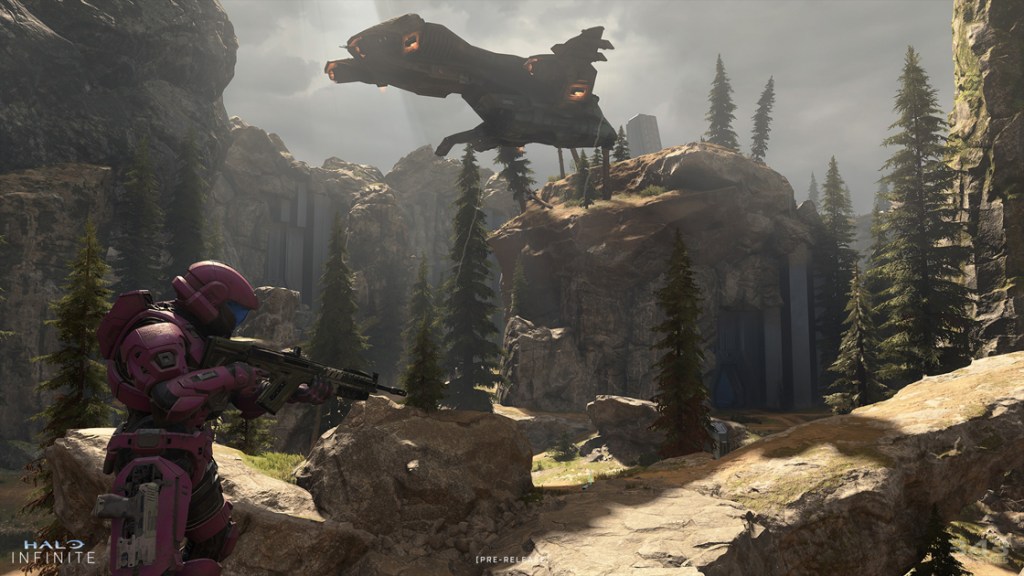 Above: Fragmentation is one of Halo: Infinite’s big maps.

As far as the stability goes, I had one small problem in a map when my gun wouldn’t stop shooting. I restarted it and it went away. I played on Steam on the PC with an Xbox controller. Everything worked as intended.

Insiders could also try out Academy experiences such as Weapon Drills and Training Mode. The whole point of the public test, which wasn’t technically a beta test, was to test the game’s online connectivity on a large scale on both the PC and the Xbox. You should give it a try. It’s a familiar Halo experience, with lots of new environments and maps to make it seem fresh. I enjoyed this embedded video match of Capture the Flag mode on the Bazaar map.