Blizzard has rebooted Heroes of the Storm without actually rebooting it.

The developer  has made a big to-do about Heroes of the Storm 2.0, effectively relaunching its free-to-play multiplayer online battle arena (MOBA) for PC. It launched earlier this week, introducing a new rewards program that takes a lot of cues from Blizzard’s hit team-based shooter, Overwatch.

And why wouldn’t Blizzard want to  spread some of Overwatch’s appeal to Heroes of the Storm? Overwatch has over 30 million players since launching in May 2016, and it mentions players numbers some of its other games. Meanwhile, Blizzard doesn’t release player numbers for Heroes of the Storm, and the silence is telling us that it doesn’t have anything to boast about. Above: Genji in Heroes of the Storm.

Blizzard was going to have a hard time in the MOBA market when it launched Heroes of the Storm. League of Legends and Dota 2 dominated the scene before its game came out in 2014. And those MOBAs remain on top of the category. Blizzard tried to differentiate Heroes of the Storm by making it an easier to get into than the others. It doesn’t include some of the complexities of LoL or Dota 2, like having to kill your own minions to deny the enemy team extra money and experience points.

Instead, Heroes of the Storm is more straight-forward, instead adding variety with its maps. LoL and Dota 2 games mostly take place on the same stage, a forested map with two bases on opposite corners connected by three lanes. The object is to destroy the other team’s base.

Heroes of the Storms maps have different layouts and different objectives. Sometimes you have to collect items across the map to weaken the enemy’s fortresses, or you need to capture control points that fire lasers at the other team’s towers.

These objectives make comebacks more possible, since capturing an objective can give the losing team some momentum. But it is different, and that alone has caused some hardcore MOBA players to turn their noses up at Heroes of the Storm. 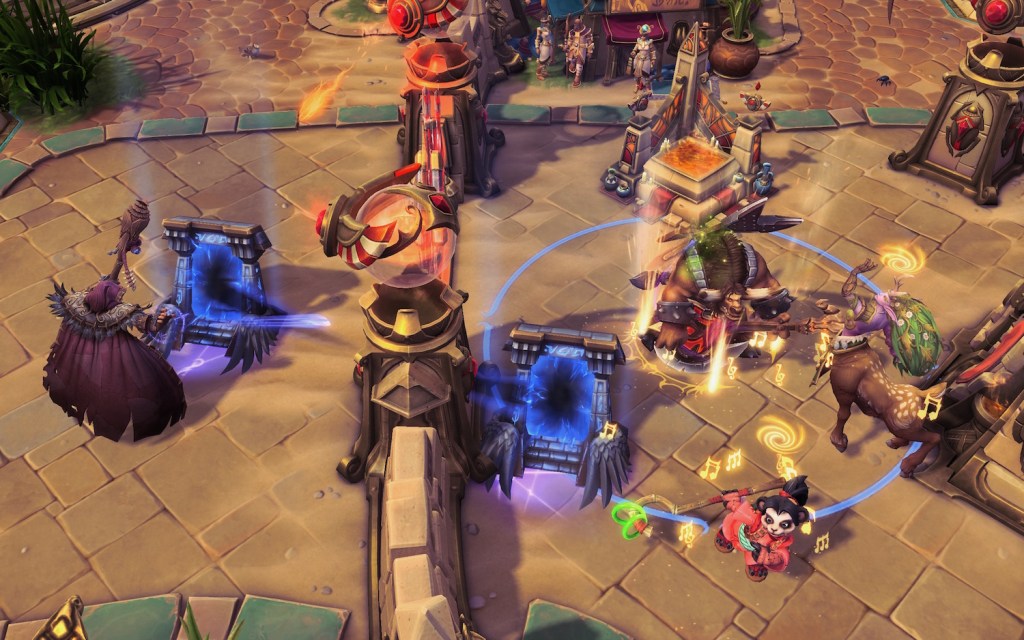 But that’s been the strategy for nearly two years now. But now Blizzard is doing just about as much as it can to bring more players in. Anyone who logs in gets to pick between one of four bundles that includes 20 free heroes. A free-to-play game like this makes money by selling new characters, but Blizzard is gambling than such a generous offer can bring people in and get them hooked.

But will the changes hook them? I have doubts. Heroes of the Storm 2.0, despite its newfound generosity, is still the same game. A rush of new players can’t elevate it Overwatch-levels of stardom. If it was going to be a breakout hit, that would have happened in 2015.

But 2.0 may increase the game’s revenues, if only momentarily. But this feels like a desperate card to play, one that Blizzard may not be able to top.