Rapidly becoming — if not already — a phenomenon, Playerunknown’s Battlegrounds has captured imaginations and, with its constantly evolving world, is maintaining the interest of many gamers. If you’re not playing it, your friends probably are.

Based in South Korea, not far from Seoul, we talked (via translator) to the VP and Executive Producer at Bluehole, Chang Han Kim, about the company, the experience, and where it will lead.

First, can you give a little background on the origins of Bluehole—what were some of the most important ideas you wanted to bring to the games industry with the company?

All our studios were developing free-to-play mobile games when I started thinking about what I wanted to do as I was completing a project. Free-to-play mobile development was a global trend that also took over Korea.

My team had developed MMORPGs with me for almost 16 years and we wanted to explore a new opportunity in the PC market. I have a bigger passion for PC as I have been developing them all my life and wanted to continue doing that, even though mobile games were more popular. 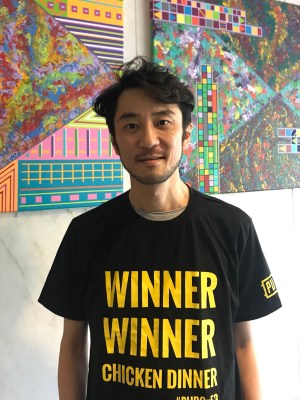 I looked at what other teams at Bluehole and separate Studios were doing and saw that they were using cloud servers and digital distribution platforms like Google Play and Apple App Store to provide their mobile games to players around the world. It was a wake-up call to me as I had focused on the Korean audience all my life, but I believed that it was possible to reach a broader audience on the PC.

Back then, making a game meant that I had to ensure it was successful in the Korean market and if it succeeded in Korea, the game would then be published in other regions.

As I started to look at the global market, I felt that now was the time to make my dream come true. I did some research and found a modder, known as PLAYERUNKNOWN, who had done this on an individual level, so I reached out to him and we partnered to kick off the project.

What is your 30-second pitch for Playerunknown’s Battleground?

PLAYERUNKNOWN’S BATTLEGROUNDS is the first standalone Battle Royale game. Dayz, Rust, and H1Z1 are all survival games with a Battle Royale mode, but they were only mods. The “base game” always had a different objective, and then a last man standing game mode was built on top that.

Level design, looting, gunplay, action… all these core components for PUBG were designed and optimized for a standalone Battle Royale game. 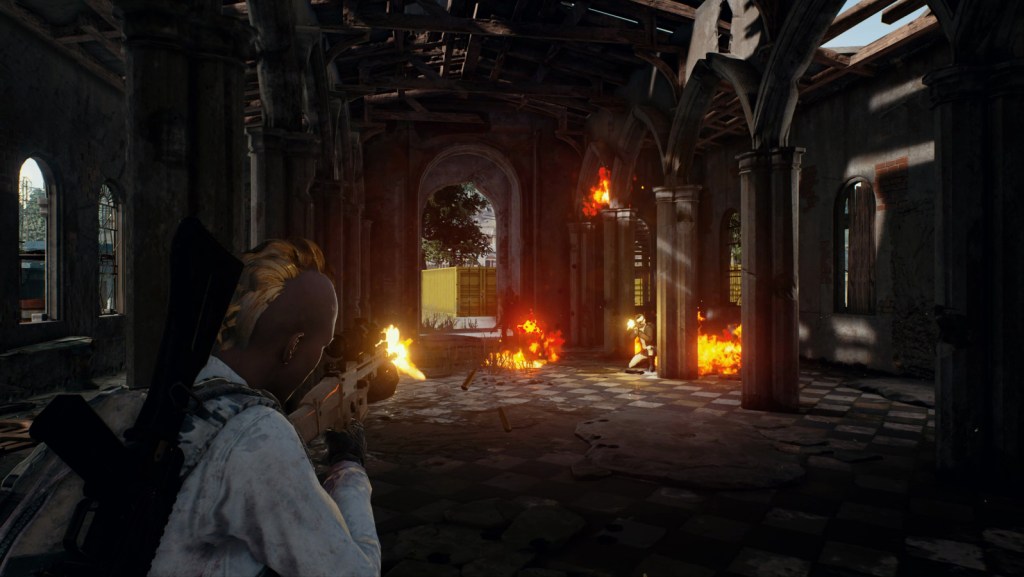 Above: PUBG’s survival horror format places you in constant danger.

How big is the PUBG studio at this point? How many people and what is the breakdown of programmers/artists/UI/support, etc?

To ensure that the quality of the full version is high, we are hiring developers from all over the world. We currently have 15 programmers, 25 artists, five UI and game designers, and five QA testers. We have roughly 20 people for community management, marketing, and business development.

In starting the company, did you have a vision of what it would be 5 or 10 years from now?

Yes, I did. From the very beginning, I had a vision that PUBG “could possibly” become the next eSport, but it was not a goal. I told the team that we were going to do our best to get closer to realizing this vision every day. I still feel the same way; we are still trying to get close to that vision. There is definitely a possibility that PUBG will become an eSport, but I cannot predict that it will with 100 percent confidence. We are doing our best and taking it one step at a time. 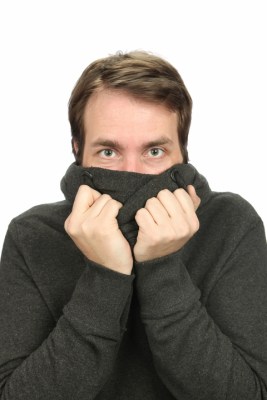 Above: Brendan Greene aka Player Unknown goes from modder to PC gaming superstar.

How many people are employed at Bluehole as a whole, across all projects?

There are 500 people at Bluehole Inc. We have different teams working on different projects with 70 people focused on PUBG.

What have you learned from other projects that is informing Battleground’s design?

I have developed online games for over 16 years. In Korea, the development and service structure for online games is extremely optimized for agile development. Through all those years in online game development, I have gained extensive experience on how to improve a game by rapidly repeating iterative development cycles. I used that experience to create a dev roadmap for PUBG, which puts a large emphasis on collecting feedback from core Battle Royale fans in North America and Europe. As a result, our team was able to increase the speed of development.

Developing this in South Korea, do you see differences in the interests of local versus global audiences?

Yes, I do see differences. We worked very closely with Twitch and YouTube content creators from the early stages of development. We focused on getting actionable feedback from them and acting on it. We also made efforts to help them create content that is more entertaining.

Creators from the West want realistic gunplay… they love realistic details. Korean content creators enjoy organizing fun events, and focus on creating funny moments in the game. I think this is because of cultural differences.

There are big and small differences between the regions. Realism is the basic foundation of our game. On top of that, we want to add features that help content creators create variety when they show PUBG to their viewers. That is our goal.

Above: PUBG has quickly emerged as a phenomenon with gamers around the world embracing its tense scenarios.

When you started the company, was there an ultimate goal — an end-game — that you wanted to achieve?

Our ultimate goal was launching an Early Access version of the game within a year. I founded Ginno Games to develop MMORPG games for the PC. Ginno Games was acquired by Bluehole Inc. which is the developer and publisher of TERA. After the acquisition, I started working on developing PUBG with my team.

Korean studios are experienced in developing online games. Online games are different from console or packaged games. Some see them as a service, some say it is both a product and service. Online games are different from packaged games because they have to evolve over time and the service must always be maintained, even when the game is changing. So, the bigger goal was to create a “game-as-a-service platform”.

I knew that this goal was not going to be easily achieved and we needed to take on new challenges so we can learn and grow as a team. I believed that we could pave the way by meeting challenges and being able to fail, but doing it very quickly. Setting up a goal to launch an Early Access version of the game meant that I was ready to fail fast and learn from the experience.

You can only grow by failing. To fail, you have to take on new challenges. Everyone thought it was impossible as we only started with 20 people on the team. When we finally launched on Early Access, our team still only had about 36 people and included QA. People told us we were insane and the goal was unachievable. We did it. 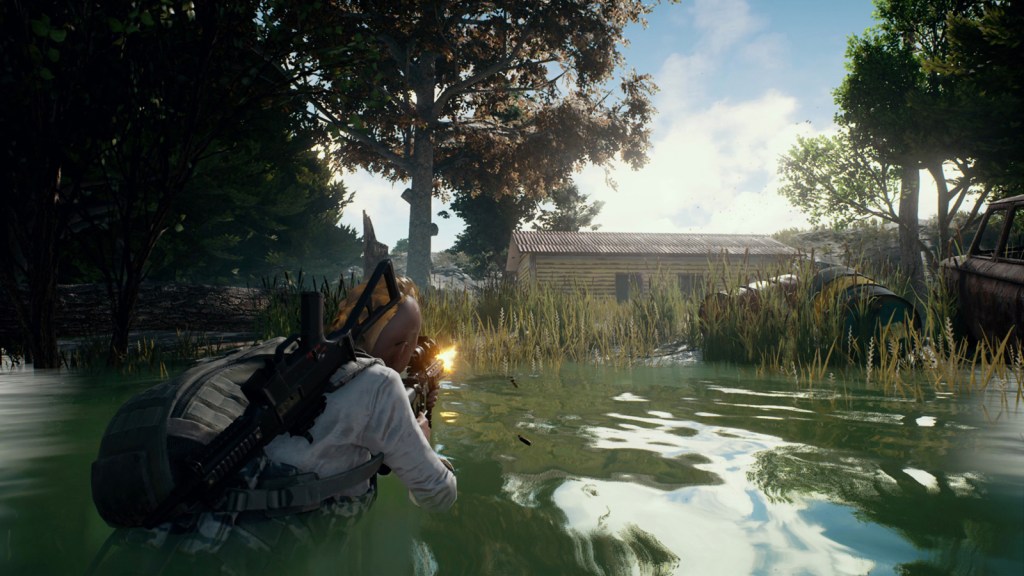 Above: It can be a lonely existence in a Battle Royale battleground.

They only play PUBG when they want to play games for fun. Sometimes we use the Custom Game feature to play a zombie mode, but most of the time our devs play DUO or SQUAD mode. Some of them even stream on Twitch.

How do you work with processes like Steam Early Access or console first-party from Korea? Is it a smooth development process? How would you like to see it work?

I believe the development and service environment is now fully global and I don’t see any problems with cooperation or support. I don’t see technical issues or being far from the headquarters of our partners as a problem.

We are a Korean company so creating content for Western gamers is the biggest challenge. You have to understand the cultural difference between Asian and Western audiences. That is why we partnered with Brendan Greene from the very beginning and made great efforts to constantly communicate with core fans in North America and Europe.

Communication and transparency are very important to understand what our core players want. In one year of development, we carried out 10 playtests during weekends and collected a lot of feedback after every one of these tests. We interviewed content creators to hear their feedback and did everything we could to listen to the community. 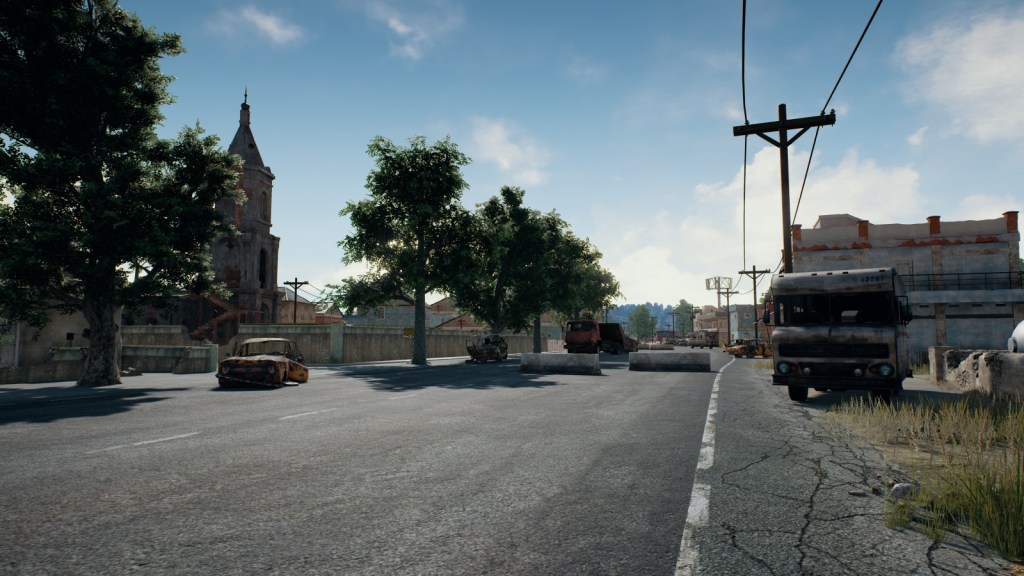 Above: PUBG is the only game of choice for the development team.

Between now and 2027, what do you imagine to be the biggest changes in gameplay and game development?

I’m not sure about what will happen and change after 10 years, but I want to touch on the changes that we are experiencing right now. A few years ago, many developers who worked on PC or console games moved on to mobile. The mobile game market has seen remarkable growth and it is still growing. It is largely because more people have mobile devices now and they are a crucial part of our lives. The accessibility has increased.

The power and influence of this new content is growing and will be stronger in the future. We are feeling the impact ourselves every day. This is what will change the landscape of game development.