Intel has launched its 7th-generation Core processor family today as the next big push forward for the PC market. The new chips are built with Intel’s most advanced manufacturing technology and will be its flagship microprocessors for the newest generation of consumer PCs, which should start arriving at the end of September for the newest laptops. Games are likely to be the earliest adopters.

The world’s biggest chip maker is pushing these mobile PC chips as great for 4K video editing, high-end gaming, virtual reality, and all sorts of other uses. Intel believes these applications will ensure that the PC remains relevant in the mobile era. Intel has been having a tough year. While it’s meeting its financial targets, it is in the process of cutting 12,000 people from its payroll. 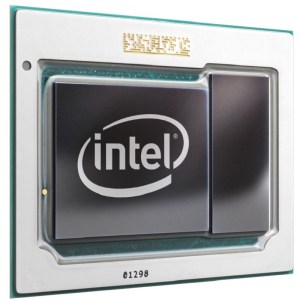 “Consumers expectations for more immersion in their content is insatiable,” said Navin Shenoy, corporate vice president and general manager for the Client Computing Group, in a press briefing. “We call this evolution of the Internet the ‘immersive internet.’ There’s 4K content. There’s a proliferation of 360-degree video. The excitement around virtual reality and merged reality. And the explosion of PC gaming and esports.”

PCs from more than 100 manufacturers will start debuting today and continue through January as Intel rolls out more and more versions of the 7th-generation Core processors. The new machines will be thinner and lighter, and have better battery life. Most of the new PCs will start arriving at the end of September. They will include 2-in-1 hybrid tablets and laptops, ultra-thin laptops, and new kinds of smaller desktops. Some laptops will be less than 10 millimeters thick.

The newest PCs will usher in new technologies such as Thunderbolt 3 USB Type C single-wire connectors (with transfer speeds up to 40 gigabits per second) and more robust security that includes face recognition. 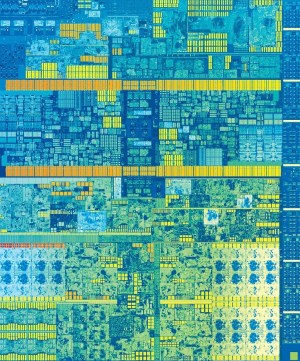 Above: Intel’s 7th Gen Core chips have billions of transistors.

The new Core chips, developed over the past few years under the code name Kaby Lake, are built with 14-nanometer manufacturing, where that number means the space between circuits is 14 billionths of a meter wide.

At the transistor level, the process delivers a 12 percent performance increase. On top of that, Intel redesigned the chips to consume less power through techniques such as clock gating, or blocking off parts of the chips and cutting the power to them if they’re not being used at the moment. The chip also has design improvements for media processing, making video editing and 4K viewing run more smoothly.

Intel hopes to inspire people with older PCs to upgrade. There are more than 1 billion PCs that are more than three years old. Intel says the new chips are more than 70 percent faster than the processors in the average five-year-old PC, and the 3D graphics are 3.5 times better. That kind of performance will enable you to splice together a 4K video in four minutes while performing other tasks. You’ll also be able to play up to 9.5 hours of 4K video on a laptop before running out of power.

And just about anything you do will be more responsive than past machines, with performance that is double-digit percentages faster than the Skylake-based processors that came out last year. In 2010, Intel’s lowest-power processor consumed 18 watts. Now the lowest power level is 4.5 watts, while performance is 2.5 times better. That’s a 10 times improvement in efficiency.

Patrick Moorhead, analyst at Moor Insights & Strategy, said that the media processing designs within the new chips will “improve all things 4K and will help VR too.” But he said it’s too early to tell how well these chips will compete against the Zen-based chips coming from Advanced Micro Devices late this year and early next year.

Intel’s Y-series and U-series processors support two cores and four threads with Intel’s Hyper-Threading technology. Intel will launch the new 7th-generation Core processors under the brands Intel Core m3, Intel Core i3, Intel Core i5, and Intel Core i7. The mobile-focused chips range in power consumption from 4.5 watts to 15 watts.

Intel showed a demo of Blizzard’s Overwatch running at lightning speed with full effects in a laptop with a U-series processor. Video editing where you transcode from one format to another takes about 12 minutes, whereas it takes 85 minutes on a five-year-old PC.

Chris Walker, vice president of Client Computing Group at Intel, said that by the first quarter, Intel expects another 350 models to hit the PC market. Those designs will include chips for the enterprise, workstations, full desktops, and enthusiast consumer laptop markets.

“We are very excited about all the hardware that is coming,” Walker said.