Gunheart’s aliens are no match for your pistols, crossbows, and rocket launchers. But the game’s most potent weapon might just be its balloon gun.

The first-person virtual reality shooter is only a few months old — developer Drifter Entertainment released it as an Early Access game on Steam in July. Players can exterminate Gunheart’s bug-like creatures either alone or with a friend in cooperative multiplayer. When the team at Drifter started working on their first VR project, they thought people would, at best, spend four or five hours playing it.

“But in the first month, we had many players clocking 15 to 20-plus hours in the experience,” said Drifter CEO Ray Davis. “We were like, ‘Holy crap!’ We weren’t ready for this.”

These early adopters — who are providing what Davis called an “awesome volume of feedback” — were already hungry for more content. It’s a good problem to have for such a new company. But at the same time, it can be difficult to keep up with that demand with a small team (Drifter currently has 14 employees). They have to figure out how to keep those players happy with new content and features without breaking the bank.

It’s just one of the many exciting challenges the Seattle-based studio is facing. Even though high-end VR equipment like the Oculus Rift and the HTC Vive have been available for purchase for more than a year now, the VR industry can still feel like the wild west. Developers have to rethink everything they know, even when it comes to solving basic concepts like “How will the player move in our game?”

“It’s been both challenging and rewarding to go down that journey of discovery,” said Davis. “I think that’s definitely a big part of what continues to drive us as we start to think about the future after Gunheart.” 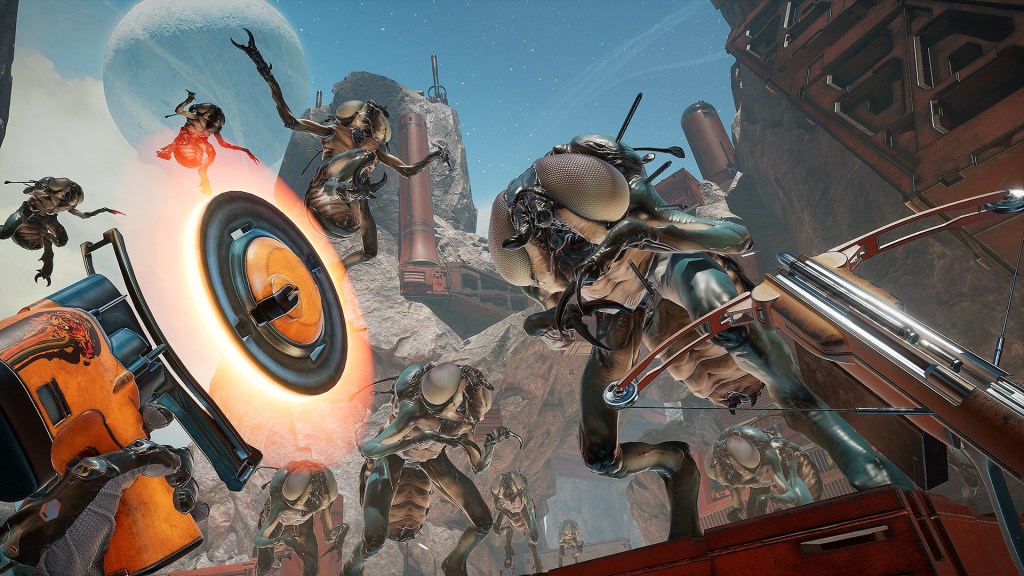 Above: Starship Troopers taught us that the only good bug is a dead bug.

One of the things Drifter wanted to tackle with Gunheart was cooperative multiplayer. Davis has a long history of making co-op shooters, most notably as the lead programmer of the first two Gears of War games. Fellow cofounder and art director Kenneth Scott also worked on shooters during his time at Id Software and Microsoft. So it made sense that their first game would be a shooter.

The plan was to marry the fun social experience of playing co-op with the intimacy and immersion of VR. That’s why Gunheart has full-body avatars (in the form of robot bounty hunters) that you can customize with different clothing. In addition to voice chat, players can communicate to each other through hand gestures and head movements.

The immersion was so convincing that the developers began using Gunheart for their own work as well.

“It was interesting for our design process. One of our gameplay engineers is based in Hawaii, and at first we were like, ‘How do you make that work?’ because creative discussions are really hard to have over a video chat,” said Davis. “You really want to be face-to-face for it.”

The solution was to have meetings during Drifter’s daily playtests. From inside Gunheart, they can point out what parts of a level might need to be adjusted or try to reproduce a bug that players found. Davis said they’re able to have “those really productive, creative discussions” by playing their own game.

For some players, Gunheart has become a place to just hang out. The game has a communal lobby area (a futuristic bar called The Bent Horizon) where people can customize their character and weapon loadouts before embarking on a mission. But this, too, quickly surpassed Drifter’s expectations. The studio found that some folks were spending quite a long time together in the social area, as if they forgot about the aliens entirely.

Others started making their own mini-games using what Drifter calls the “social gun.” Cofounder and creative director Bryan Murphy originally came up with the idea, which is a tool that has three non-lethal functions: a voxel painter (for creating your own pixel art), a giant foam hand (which you can use to high-five other players), and a balloon gun (for making balloons, of course).

“Having those little extra modes of interaction while players wait for their next match is huge. It opens up all kinds of fun things,” said Davis. “We found guys who were making their own little puzzles in The Bent Horizon where they’d set up a target range and be like, ‘Ok, try to shoot this thing and hit this balloon over here.’ It’s really interesting to see that evolve organically.” 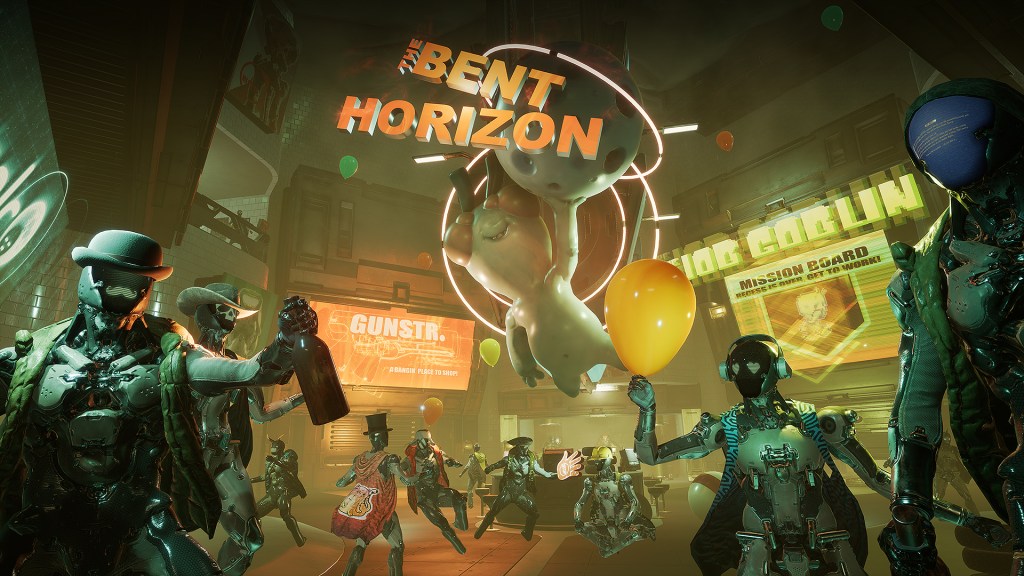 Above: These robots know how to party.

Future of VR: Slow but steady

The main draw of Gunheart will always be its mission-based gameplay. But because of the community’s reaction to the balloon gun and Bent Horizon, Drifter wants to keep investing in the game’s social tools as well. And at this stage in VR’s early lifecycle, having a vocal, engaged community is incredibly important for a game’s survival.

High price tags and demanding PC requirements are keeping mainstream consumers away from the headsets needed to play games like Gunheart. The result is a low install base that makes multiplayer VR games particularly difficult to maintain.

Davis thinks that most VR developers, including his team, underestimated how much effort it’d take to build “quality experiences.” But despite the slow start, he is still optimistic about the platform’s future.

“As a creator and designer, I feel like we’re just barely tapping into what VR is going to enable,” said Davis. “If you look at every major gaming platform or technology that’s come out, that’s influenced games, they’ve ushered in new genres and new experiences that just weren’t feasible before. … I think VR has that same potential and we’re just barely getting the foundation in place.”