Maybe you’ve noticed. PC gaming is hot, and every company with any presence in the computing market wants to establish itself as a brand for people who like (and spend a lot of money on) video games. Hardware manufacturer Lenovo is no different. 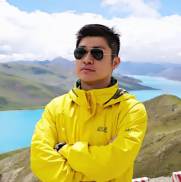 Above: Will Fu of Lenovo wants to talk to you about video games.

After years of catering to the professional crowd with its laptop workstations or to a general audience that wants a beige box that can run Windows, Lenovo gaming boss Will Fu is taking charge of a new initiative to ensure that the company has a lineup of products that are built specifically for the needs of hardcore gamers. This requires an approach focused on processing power, but it is also forcing Fu and his team to take a more direct approach to building a relationship with the end consumer. For Lenovo, that’s a major strategic shift. And Fu made this change because the company wants to win over customers with something like the recently announced Lenovo Legion Y520 laptop that features Nvidia’s GTX 1050 graphics cards, and then Fu wants that customer to return in two to five years to buy their next upgrade.

“In our traditional business we sell to partners, retailers or whatever, and they sell to the customer,” Fu explained to GamesBeat during a chat in December. “That’s a one-time deal. People buy from the shop and there’s no connection to us. We’re transforming that because we don’t want our customers to just do one-time business with us. We want to listen to them and improve our product for them. We want a more efficient way to deliver our goods to them, saving them time and money. That’s the transformation we’re undergoing in our business organization, what we call customer-centric.”

To create that link between Lenovo and its customers, the company is starting something called the Lenovo gaming community.

“For the people who play games, yes, some of them are just having fun by themselves, but most of them are trying to find people who share the same interests and enjoy them same things,” said Fu. “We’re creating a Lenovo [Legion] gaming community, not only in specific countries, but across the world, to make sure gamers can share their experiences and talk with others. We can offer a global community. That’s where we’re focused right now, me and my company.”

To start, Fu plans to build up Lenovo’s presence at consumer-facing gaming events like Gamescom in Germany and China Joy in Shanghai. In the past, the PC company would’ve sat out those kinds of gatherings because it was traditionally interested in business-to-business deals. And you don’t go to Gamescom, which often attracts around a quarter of a million gaming fans, to sign contracts agreeing to provide laptops to enterprises or retailers.

“But this year, we’re participating in GamesCom, and we’re planning to visit more and more gaming events, which gives us a chance to directly talk to gamers locally,” said Fu. “They can see and feel the latest technology and products, and also understand the story behind it in direct communication with my team and myself. That’s one major change we’re working on right now.”

Reaching out to an audience of hardcore PC gamers, however, is inherently difficult. Unlike the console gaming business, which primarily operates in a handful of similar territories, PC gaming is more globally popular. PC gaming is massive in regions like the United States, Europe, and China, but it is also growing quickly in emerging markets like Brazil, Russia, and even India. Most of South America, where tariffs and taxes make console gaming prohibitively expensive, is quickly catching onto competitive esports gaming.

Having a huge addressable market is wonderful for a company like Lenovo, but it’s also complicated because each of these regions have such different needs.

“We can’t tailor our approach for just one region,” said Fu. “There’s a lot more time and distance involved in engaging with these customers. We have to find a way to talk to gamers in China because that’s a big market. We have to find a way to gather and participate with gamers in the U.S. That’s the number one challenge for me and my team. Different customers in different countries have different preferences.”

But Lenovo and Fu still think engaging with this community is worth it because they are loud and want to get involved with the companies that they love.

“They have a lot of ideas of their own,” said Fu. “They’re willing to buy a specific product that uses those ideas. They like this kind of communication, talking directly with vendors. They’re eager to talk to us. That’s what I’m enjoying. I don’t see it as a challenge too much. It just takes time and effort from my core team.”