Life is Strange: Before the Storm is trying to recapture the magic of teens in Arcadia Bay, a fictional small town in Oregon, without the supernatural elements of the first game.

Life is Strange debuted in 2015 as an episodic series about teen angst, and it sold more than 3 million copies. It features Maxine “Max” Caulfield, a teen who could turn back time and relive moments that didn’t go right. The success prompted publisher Square Enix to get the Dontnod Entertainment development studio to work on Life is Strange 2 and another group, Deck Nine, to work on the prequel Life is Strange: Before the Storm. The game is yet another example of targeting an underserved genre and audience, women, plus anyone who enjoys a good story over a twitch experience. 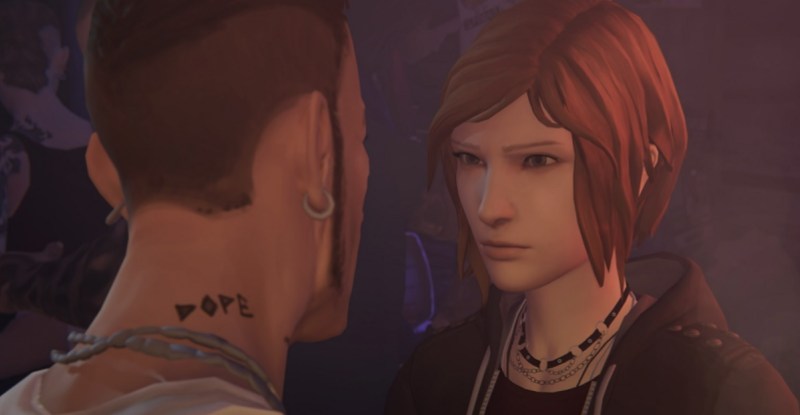 Above: Chloe finds ways to get into trouble.

Deck Nine shipped its first episode, “Awake,” of the prequel last week on the PlayStation 4, Xbox One, and PC. It takes the choice simulator in a different direction. The first game was supernatural. Max realized she could rewind time at any moment, helping her perfect her choices and prevent disasters by enacting little changes via the “butterfly effect.” The prequel takes place two years earlier. Max has moved away, and the focus is on her best friend, Chloe Price. And this game is riding on Chloe’s relationships, rather than rewinding time.

Chloe lost her father a couple of years earlier. Her mother has moved on to a disturbing ex-military boyfriend, David, and Chloe wants nothing to with the law-abiding, paranoid man, who is on his way to being her stepfather. Chloe’s mother has moved on. But without her father and Max, Chloe has become unhinged and alienated. She stops going to school, smokes pot, plays risky games, and adopts a “bad attitude” and sarcasm as her coping mechanisms.

“The most successful moments of the first game weren’t about the science fiction,” said Deck Nine lead writer Zak Garriss in an interview with GamesBeat. “They were about the humanity, the personalities, the kind of characters they constructed. That is what we tried to focus Before the Storm on. We are cultivating those deeper connections and trying to make flawed characters. We focus on that, and that is more than enough for a rich game story.” 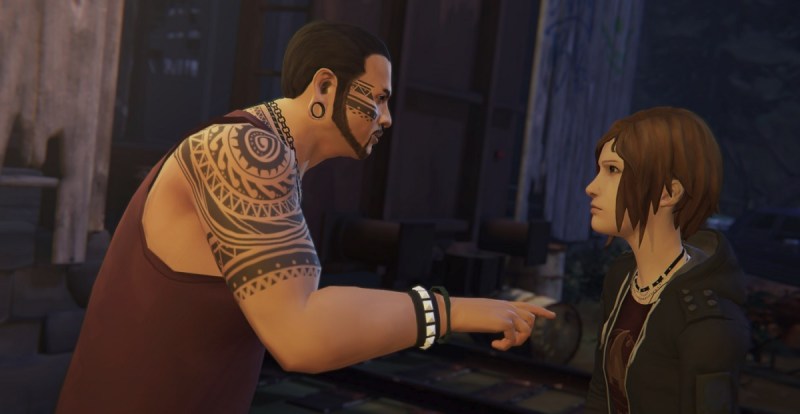 Above: Chloe tries to talk her way past a bouncer in Life is Strange: Before the Storm.

I agree with Garriss’ assessment. Much of the original unfolds by slowly revealing the ramifications of Max’s power. But this is about Chloe, who doesn’t have such a power to get herself out of sticky situations. All she has to help her is her wits and her ability to talk herself out of a bad spot.

The prequel expresses this ability in a new mechanic called the Backtalk. When Chloe gets in trouble, she goes on a verbal attack. At the start, a bouncer won’t let her into a late-night rave concert in a hideaway. Chloe verbally blasts the bouncer, and, under time pressure, you have to choose which insults will yield the best result, forcing the bouncer to concede and let her in.

The story gets more interesting as Rachel Amber shows up. She is a popular girl at the high school, a member of the drama club, and part of the clique of insiders who are cool. Chloe gets cornered by two mean men at the concert in the hideaway, and Rachel launches a beer bottle at the head of the culprit. The girls escape together and enjoy the concert in the front row. When I decided that Chloe and Rachel should run away rather than attack the goons, I learned I was in the minority among players. Most others, I learned at the end of the game, decided to attack. I knew Chloe was going to get into more trouble, so I figured I would keep her out of it in this case.

Rachel is such a contrast to Chloe that you know they are a strange match for a friendship. So when Rachel asks Chloe to ditch school the next day, Chloe goes along. While Rachel is full of life and forces Chloe to participate, she is also moody. Rachel has her secrets and her own hidden motives. And compared to the outwardly rebellious Chloe, Rachel is more of a mystery.

With Rachel, Chloe learns that is important to say the right thing. So when you have your choice of statements to make in a dialogue, you have pay attention to the right answer. Chloe has to decide whether to open up about her loneliness and grief, while she has to also probe Rachel to find out what is bothering her. It’s a tightrope that could result in bad things like humiliation or a shouting match. Perhaps the most interesting part of the story is when both girls realize they have something special, and the short time they have spent together has made them feel alive and connected. 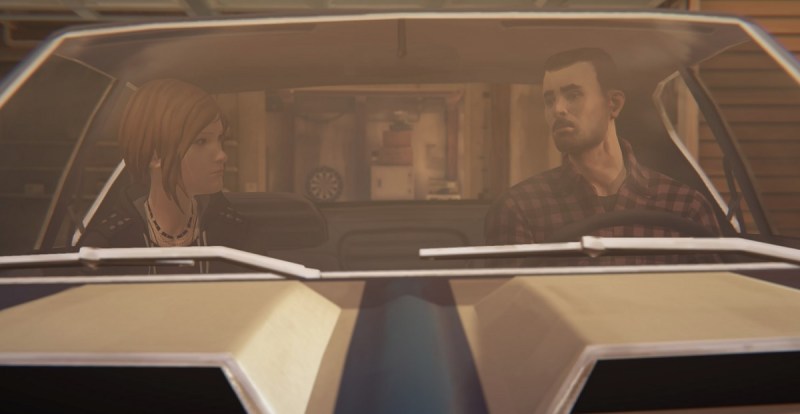 Above: The relationship between David and Chloe is predictable.

The choices are more limited than you want

There are some moments that are weak or forced in some way. Some scenes feel like there are too many things to explore, like Chloe’s room, while others are so sparse that you wish you had more details to discover or choices to make. With David, the choices are never that good, since their relationship has gone so far downhill that there is no way that any conversation could end well. That’s consistent with the narrative, but it makes the player feel like the choices are limited in the game. Chloe isn’t free to do just about anything. She is confined to acting within the bounds of her own character.

The graphics are inconsistent

Sometimes, the animations of the human figures look great. But when the characters move, you find out how wooden they can seem. Close-up scenes with Chloe are generally well done. But watching Chloe dance in a barn above a raging concert doesn’t come off as well. It looks fake, mainly because the movement of her character isn’t right. 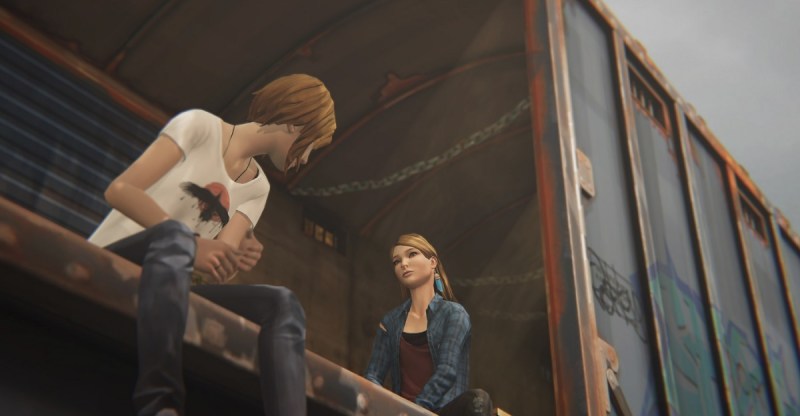 Above: Get on the train to follow the story of Life is Strange: Before the Storm.

The episode ends in a revelation about one character — as well as an ominous crisis for everyone in Arcadia Bay — that makes you want to keep following the story. It seems appropriately named, as Chloe’s character comes out of its hellscape and back to life as Rachel Amber comes into her life. There’s a twist in the story at the end that binds the two girls together. I thought it was well done.

At the end of the episode, you find out how your choices stacked up against those made by other players. I found that my own choices were far different at the beginning, but similar at the end. I think that means that Deck Nine did a good job balancing the possible outcomes and setting up the choices. In any case, Life is Strange: Before the Storm is definitely worth following for the next episode.

Disclosure: The publisher provided us with a code to play the game on the Xbox One.