“People are saying that this is the first good Superman game. The only problem is that Superman isn’t present.”

Despite being the most iconic, archetypal superhero, Superman hasn’t had much fortune when it comes to games. Aside from outliers such as Injustice and the LEGO games, most of his video game outings have been downright terrible, particularly the infamous Superman 64. Alfonso del Cerro had been waiting since he was a kid for the hero to get the game he deserved – and for his patience, was awarded Best Action Game in the 2017 Intel Level Up Game Developer Contest.

“Since I was a child, I’ve been waiting for a game that lets me do the things Superman does in the movies— Christopher Reeve’s Superman—like flying from Paris to New York, flying out of the atmosphere, then going back into the Earth in the blink of an eye, and destroying things intentionally or unintentionally. This is the Superman simulator that I’ve been waiting for, but because nobody made it, I made it myself.”

Del Cerro created his own studio, Pentadimensional Games, over three years ago, specifically to make his dream game, a first-person Superman sim, Megaton Rainfall. Of course, without the license he had to make his own hero and a new alien threat for them to fight, but in spirit, it’s still very much a Superman game. A timed exclusivity deal with Sony for the VR version of the game gave him the money he needed to bring on some artists and a musician, but Pentadimensional Games is generally a one-man army.

The big problem a lot of Superman games have come up against is that the beloved Kryptonian is just too damn powerful. Aside from kryptonite and magic, he has no weaknesses, and over the years he’s developed all manner of powers, some fleeting, some that have stuck around. How do you make players feel as strong as he is in the comics and movies, while still offering them a challenge?

Del Cerro’s solution is novel. Players are indestructible, but the cities they have to save are not. The film Superman Returns did a similar thing with Metropolis, but actually protecting the city was a miserable, frustrating experience. Del Cerro points out that he came up with the idea independently, before he knew Superman Returns employed something similar, years before, and there are key differences. 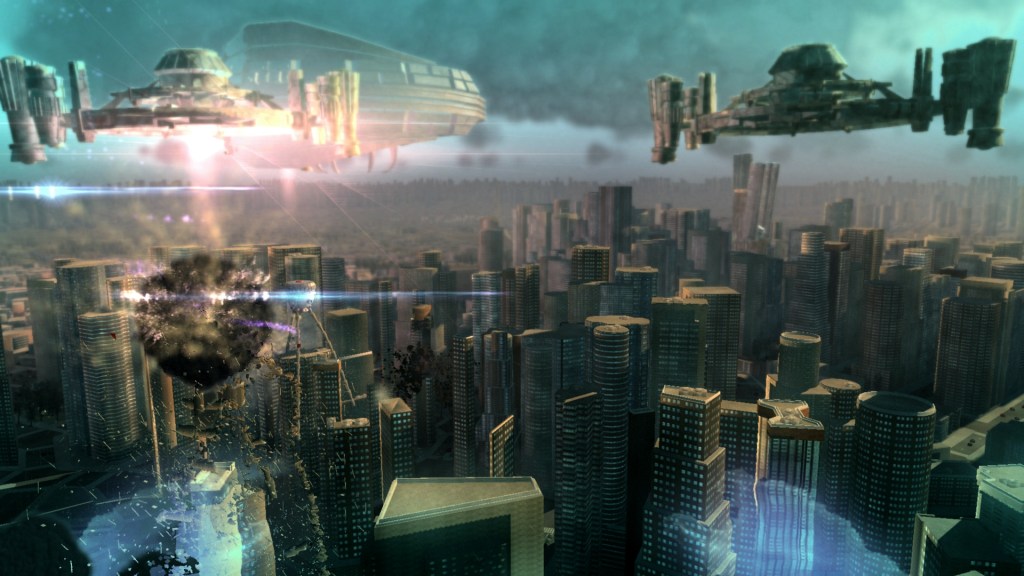 “In the beginning of the game, you get an energy blast power. There are a lot of enemies—alien ships—that are invading the cities, and you must shoot them, but every time you miss your target, you can unintentionally destroy buildings. The game is evilly designed so that you’ll do a lot of unintentional collateral damage. For example, there are a lot of ships that have weak points, but the weak points are on top of them, so you must shoot down, and if they manage to avoid it,” Del Cerro makes some explosion noises. “You’re going to kill a lot of people.”

It’s petty hard to not destroy buildings by mistake, and del Cerro has included plenty of tricks that make it even harder. The players’ projectiles, for instance, are slow, so they have to be timed perfectly to avoid damaging the skyscrapers behind the enemy target. And unlike Superman Returns, watching the city get destroyed is actually entertaining. Every building is full destructible, and they collapse in different ways, depending on what hits them and where they are struck. There’s even an enemy that rips buildings out of the ground and then drops them. Players have to save what they can, but it’s less about protecting the entire city than it is about attempting to contain the collateral damage.

Though del Cerro would obviously have loved to be able to use Superman in the game, not being beholden to someone else’s property has given him a bit more freedom to experiment. That means players can use fancy powers like telekinesis and freezing time to halt the alien conquest. Destroying the alien threat isn’t just a matter of shooting them with beams, but employing advanced powers to protect the city.

Megaton Rainfall is split into nine missions, set in various cities across the planet, but between missions, players may fly around the world freely. Earth is to scale, though the cities are procedurally generated in appropriate locations. There are a few landmarks, however, like the Empire State Building, and the coastlines match up to their real-world counterparts. So you can, between missions, take a quick vacation to Dubai’s Palm Island, if you want.

The solar system has been recreated, too, though not to scale. It’s possible to fly over to the moon, visit the sun, or even take a trip to another planet, though they are smaller and closer together than they are in reality. “Real space is depressingly large and empty,” says del Cerro.

Looking at the game now, it seems like a perfect fit for VR, and it’s already available on PS4, with PC VR versions planned for when the timed exclusivity period ends. It didn’t start out as a VR project, however.

“I started developing the game without VR in mind, but around 2014, VR was hot and everyone was telling me that my game was ideal for VR,” del Cerro recalls. “I implemented it, a lot of people loved that way of playing, and Sony saw the game and were interested in having the VR for them. I always designed the game to be played without VR. VR is an additional way for me to add a sense of scale and immersion, but the more I read about how to design VR games, the more I thought that maybe this isn’t the most ideal game for VR.” 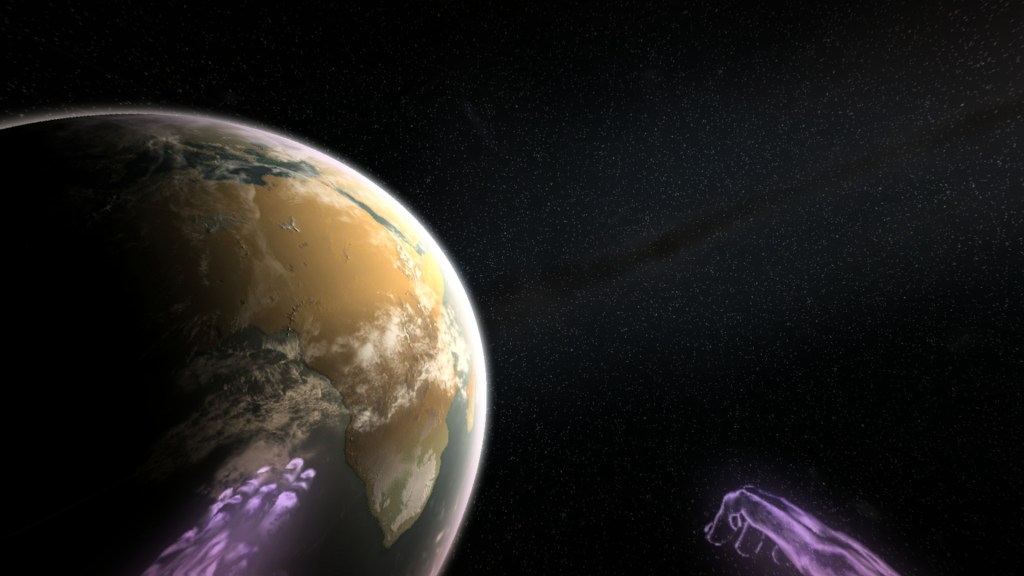 According to del Cerro, Megaton Rainfall breaks a lot of VR rules. It has lots of high-speed motion, and most objects are incredibly far away, as you’re fighting in the skies above these cities. “I thought that this would be very easy, changing the control interface and that’s all, but we’ve had to make a lot of different adjustments.”

So there are some notable differences between the VR and non-VR versions of the game. Del Cerro added blinders to alleviate motion sickness, designed a completely new control interface, and he even tweaked the way enemies behaved. In VR, they always try to get in front of the players, reducing the number of times players have to make quick directional adjustments, making it less disorientating.

Because the game wasn’t originally designed for VR, del Cerro had to do a lot of playtesting. “I tested the VR version all the time. At EGX in 2015, I was showcasing the game with VR for 4 days, and every day I was going to the hotel, programming changes, and testing the next day. I learned a lot of things watching people play in VR, things they don’t understand, or things that worked that I didn’t foresee.”

It helped that del Cerro used an engine that he had contributed to. He licenses it from the Spanish company where he used to be a lead programmer, and is very familiar with it. This was back when Unreal wasn’t really feasible for small developers on a budget, and del Cerro admits that he hates Unity. It’s proved to be easier for him to customize and develop new features for, like the planetary rendering technology that allows the game to simultaneously run multiple scenes, from the universe to the planetary level, tricking players into feeling like they’re seamlessly traveling from Earth to space.

Getting Megaton Rainfall finished has still been a long and challenging journey, however. Del Cerro first started working on it in his spare time in 2012, and while he’s worked with artists and a musician, most of the game has been designed by him alone, working from home. Then there are the things on top of the game design too: marketing, making trailers, learning about publishing. And he’s not done yet. With the PS4 versions complete, there’s the PC version coming, which will be out on November 17, and then a VR version of that, hopefully next year.

He’s not sure what his next project will be, once he’s done. Hopefully some rest and relaxation.

“There have been a lot of very long days and very long nights to finish this game.”