The high school in Monster Prom exists in a colorful alternate dimension filled with coquettish Medusas and demon jocks — and you (and up to three friends) must date one of them. Spanish indie studio Beautiful Glitch’s debut game is a competitive dating simulator with a few party games thrown in. With the help of Romanian publisher Those Awesome Guys, it launches on April 27 for PC.

Monster Prom supports up to four players, and I played a two-person match with Those Awesome Guys during the Game Developers Conference in San Francisco. We played hot-seat style, sharing the keyboard and taking turns making decisions. After we selected our characters, we each had to take a quick personality quiz with questions like “Who’s the coolest mythological creature?” These questions change each time you play — the developers wrote quite a few, and they’re selected randomly — and they determine your starting stats like how bold, charming, and intelligent you are.

“The big selling point of the game is its variety,” said Those Awesome Guys founder Nicolae Berbece as we went through the personality quiz. “The developer claims that it takes you around seven full playthroughs where you get to see the first duplicated event, anything repeating. It has around 280,000 words in the script.”

After the personality quiz, it’s time to pick where I want to go. I can select locations like the gym or library, and where I end up determines the characters I’ll meet and the stats I can level up. It’s also a strategic decision; whichever place I choose is closed off to Player Two until the next round. Same thing with lunchtime, when each player decides which table they’ll sit at. This is the opportunity to woo the monster of your choice — or to cozy up to the black market merchant who’s staked out a spot by themselves and can sell you items that will unlock different dialogue options or affect your stats.

But before you head to the cafeteria to find romance, Monster Prom pauses for quick party game. It poses questions or challenges for players, and whoever “wins” gets to choose their table first. These might be challenges like, “Each player must confess a secret, and the person with the most mind-blowing one wins.”

Players have three weeks of in-game time before they have to ask the monster of their choice to prom — and they can choose to play competitively to win the hand (or claw or incorporate tendril) of the same romantic interest. Which means these little party game moments could get pretty spicy. And the monsters have already attracted some fans as well.

“There’s been a huge surge of fan art ever since we announced it. Especially because [Beautiful Glitch founder Julián Quijano], before Monster Prom, he made this thing called Indie G Zine, which was this collection of art from various artists that worked on a bunch of games,” said Those Awesome Guys manager Rick Finch. “He made a Kickstarter for that that was very successful, twice I think. He made two editions. He’s very into art and pop culture and things like that. Wouldn’t you know it, just like Jesse Cox said, if you make a game full of waifus and husbandos, people fall in love with them and make fan art.” 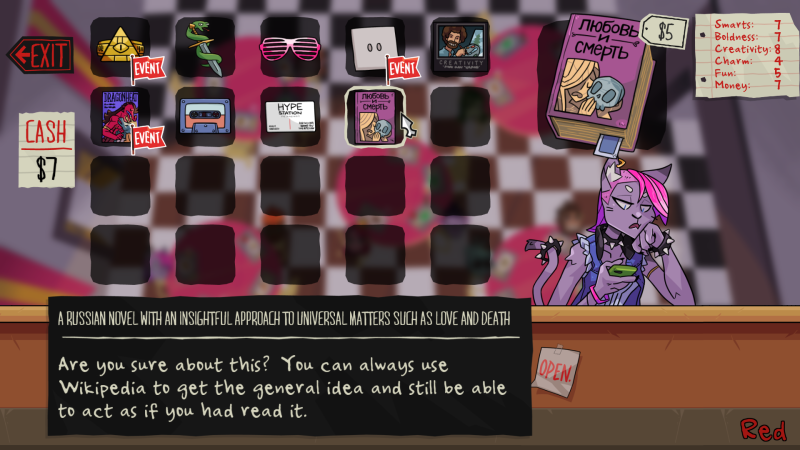 Monster Prom is the first game Those Awesome Guys is tackling as a publisher. While it was working on its cartoony four-player brawler Move or Die, it learned a lot about marketing and getting word of mouth out as an indie dev. Berbece describes it as a “full-time job” that can cripple small studios because it’s so time-consuming that they can no longer focus on development. So Those Awesome Guys decided to take its learnings and give being a publisher a shot.

“We did that for our own game, and we tried some really weird marketing things,” said Berbece. “They worked out. We figured we could do this for other games, because there’s so much potential to get a game that already exists and see how creative we can get with it to make it popular. Things like going to events take a lot of time and money. It’s hard when you’re not in the U.S. and all the important ones are in the U.S. We’re trying to provide that.”

In addition to helping Beautiful Glitch with marketing, Those Awesome Guys are working on localizing the game in Chinese. During Monster Prom’s Kickstarter crowdfunding campaign, the game picked up some hype in China. Finch says that publishers and localization companies reached out to them about bringing the game over there. Though they’re not planning on partnering with any Chinese publishers yet, as is needed in order to release a game in that country, they are looking into translating the game — which is challenging, especially because of its ever-present quirky sense of humor.

“That’s very tricky. We’re not very sure about that, especially since it’s in Chinese. We have to have complete trust in the partner we’re working with,” said Finch. “We do, but it’s—a lot of things will need to go through a filter of the developer or ourselves, because they’ll never, ever mirror 100 percent in both languages. It’s going to be tricky, regardless.”

Those Awesome Guys may get back to developing games of its own, but for now Berbece says that it’s entirely focused on publishing Monster Prom.

“If everything goes well, we will also probably start a new project on our own,” said Berbece. “It’s just a very tricky part of balancing these two things in parallel, because it’s an insane amount of work. We definitely don’t want to half-ass any of it, because we don’t want to become those publishers that just throw a bunch of money at a developer and then step back and ask for a percentage.”