Back in 2003, Armagan Yavuz and his wife sat together in Ankara, Turkey and began work on the game of their dreams. Yavuz was coder and engineer while his wife worked on the modeling and texturing. The game would break molds and barriers, and even trail blaze new opportunities for developers on its journey to release in 2008. That game is Mount & Blade and it’s a phenomenon that shows no signs of slowing down. And with the pending release of Mount & Blade II: Bannerlord, it should spread its reach even further among gamers.

Yavuz, CEO of TaleWorlds Entertainment, describes a fascinating path of commitment to an idea that required innovative funding for the time, and engagement with a community that flocked to the whole concept.

If you haven’t played (or heard of) Mount & Blade, it’s a single-player-focused open-world sandbox game in a medieval setting where you can fight, you can trade, you can build kingdoms and relationships…pretty much anything you want. 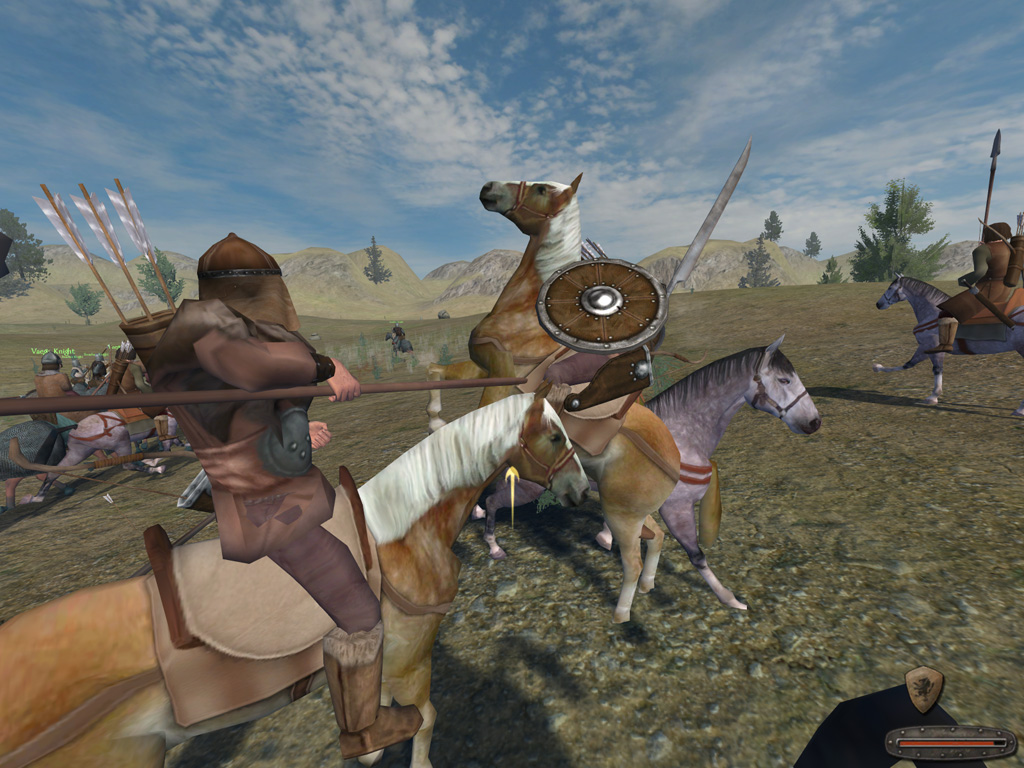 Above: The original Mount & Blade established the medieval setting and combat on foot and on horses.

“It started out as a garage project,” says Yavuz of those early days, “I was trying to put together something to get the attention of publishers…it didn’t work out and I didn’t get their attention, but I thought I had a good game and decided to go to the players directly.” These were the days before Kickstarter and Early Access, but with enough confidence in the game, Yavuz approached the community and a snowball started to roll.

“It amazingly worked out.” says Yavuz, “We had a great response from players and developed a great community. After we saw that we’d get the support, we knew we could get a team and develop the game to completion.”

“The core concept was to allow players to really feel like they existed in that world and can do anything a medieval adventurer or warlord would be able to do,” says Yavuz. That means you can ride a horse and shoot arrows, engage in a deep melee combat system, trade, or just foster relationships.

“In 2003 or 2004, the only medieval games were more fantasy games—dragons and magic. I thought it was possible to make a game that was based on actual mechanics and drawing inspiration from the medieval period,” says Yavuz.

He accepts that the core game is more complex than many today, but that’s a position the team has embraced. Systems for party management and the way quests and objectives work when melded in a sandbox setting can be daunting, but it’s evident by the success, particularly of the game’s 2010 follow-up, Warband, that the community has embraced them all. 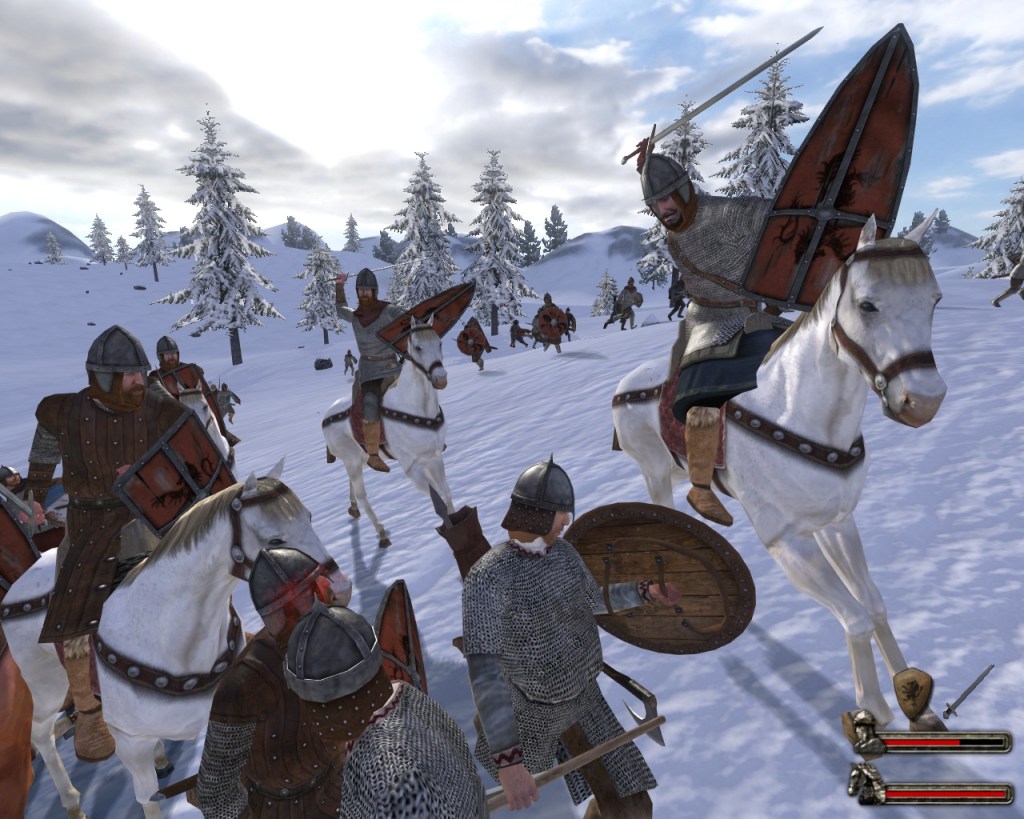 Above: Mount & Blade: Warband, released in 2010 proved to be hugely successful for Taleworlds

While the medieval setting has appealed to the audience, it wasn’t chosen because of Yavuz’ own specific interests in the subject matter. “I didn’t really know anything about the medieval culture, just through movies and such,” he says, “but in time came to understand more detail through reading a lot of books.” That, and with the help of an engaged audience who contributed their own thoughts to the setting’s accuracy, including a professor in medieval economics commenting on that detailed aspect of the game.

Though Yavuz is quick to point out that gameplay wins over historical accuracy, he’s also aware of how the real-world detail helps create effective gameplay. “Look at a medieval fortification; it looks nice with all the battlements and details on a castle, but it’s like a chess game where every detail is applied for a specific purpose in order to address a weakness. So, if you put those details in the game. they lend themselves to the best game mechanics.” 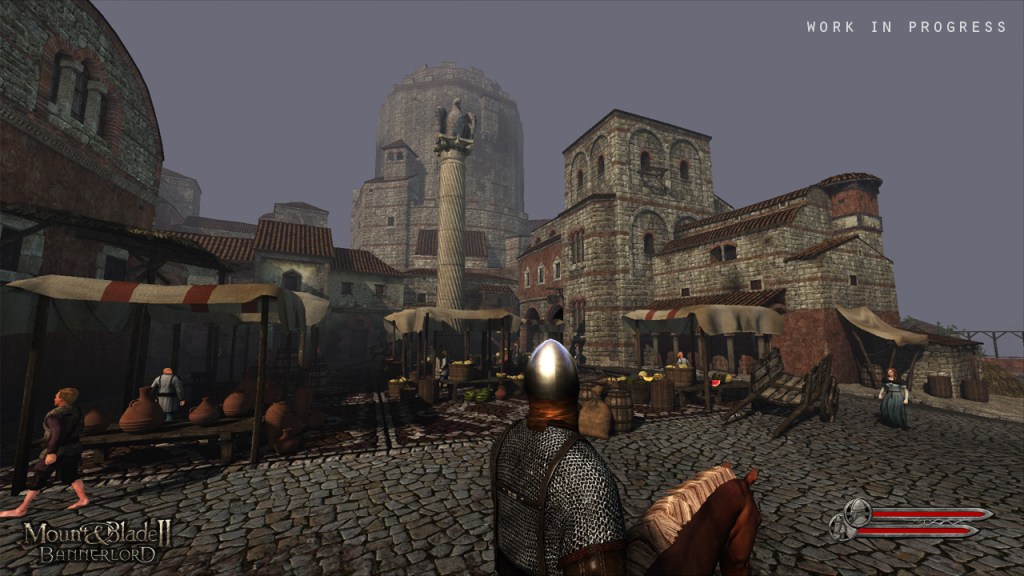 Above: Though still in development the improvements to the graphics engine are quite evident.

In with the new

Given the 14 years of development on the franchise so far, and remaining true to the core tenets on which it was built, the team is looking to embrace new ideas and functionality for Bannerlord. For example, a forum suggestion will make it into the new game and shows the power of the community.

“We had directional sword combat in past games,” Yavuz explains, “but for shields, there was only one direction: forwards. A thread in our suggestions forum suggested using a directional aspect for shield combat, too. It didn’t seem to catch on in the thread, but it was an ‘ah-ha’ moment for me.” In fact, the game’s on-staff writer was plucked from the community, too.

While many developers have looked to the surge of interest in YouTube and Twitch as key parts not only of their marketing, but also their game design, Yavuz’ attitude is that if the game is good then those communities will embrace it.

And recently, the company has dipped its toe into eSports. Yavuz was reticent to make concrete commitments to any extensive integration of further functionality in Bannerlord, but after a first event, is curious to see how it plays out. “ESports is not a core feature for us,” he says, “that’s the single-player, but there is multiplayer. We didn’t try to okay the game like a sport. That was mostly driven by players, but it’s definitely something we’re looking at for our next game.” 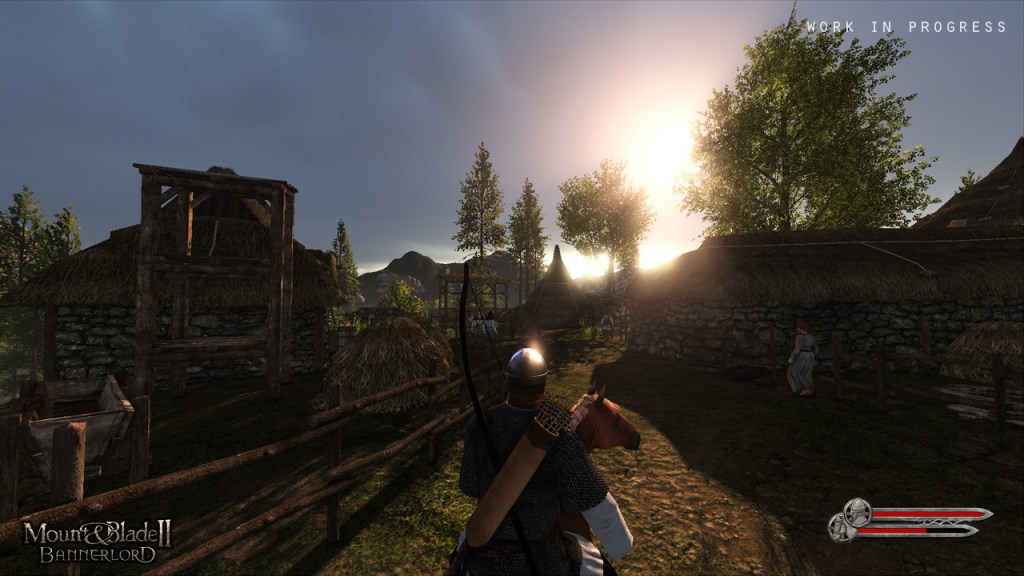 Above: A single-player open-world sandbox will remain the focus of the sequel Mount & Blade II: Bannerlord

The Battle of Bucharest event that placed the first competitors in Mount & Blade into competitive sporting action had to be organized quickly, according to Yavuz, putting a strain on a development team working on the new game. “The Lithuanian ESports Federation came in to handle a lot of that,” he says, adding, “it was nice to do a European Championship and they took care of that. For the new game, we’re looking how these events give us a chance to see feedback, and see what’s happening.”

To think, all this started with an idea, a small website with a payment system, and a single post on a single forum that snowballed into a massive community with estimates of seven million sales across the original game and its expansions.

“In my opinion, we’ve been successful because we wanted to make games that we wanted to play. That’s how we’re approaching the new game,” says Yavuz.

“When I started out, everything was like a wild dream. I didn’t dare think we could be where we are today.”