Myst was a gaming phenomena when it launched in 1993. Now a Kickstarter project is hoping to crowdfund a documentary about this landmark point-and-click adventure game.

As home computers were becoming more popular, Myst helped popularize the CD-ROM drive. Myst wowed with its use of digital live-action actors and prerendered backgrounds. It also became the best-selling PC game of the decade.

The Myst Documentary is the work of filmmaker Philip Shane (Being Elmo, Dancing in Jaffa). He became inspired to tell the story of Myst after meeting the game’s creators, brothers Rand Miller and Robyn Miller, at a conference in 2016. Since then, he has filmed over 100 hours of preliminary footage while still in the preproduction phase.

The Kickstarter campaign starts on July 14, with a goal of $200,000. I had a chance to ask Shane and the Millers about this documentary ahead of the crowdfunding campaign’s launch.

GamesBeat: Why is now the time for a Myst documentary?

Philip Shane: I began working on the documentary in 2016 after I met the Miller brothers at Killscreen Fest in Brooklyn. I had played Myst in 1993 when it first came out and had always been a fan. So when I heard Rand and Robyn would be speaking at this festival in my own backyard, I had to go! I got to meet them afterward and told them about some of my work — they had seen and enjoyed Being Elmo. I asked if they had ever considered doing a Myst documentary and they had not, so I told them I’d love to do one. That’s where the idea began and since then, I’ve flown out to Seattle and Spokane several times and logged more than 100 hours of footage. Now that I’m bringing more team members on board to help with the film’s production, we’re reaching out to the fans to help crowdfund the project.

The film is currently documenting an extraordinary transformation of the technology through which we interact with each other, and with which we tell our stories. The men and women working on these technologies are living through these same challenging times and are all trying to help us come out the other side with something that feeds our need for stories, uplifts our spirits and brings us together. The community of Myst fans is one of the most diverse I’ve ever experienced, and it’s extraordinarily cross-generational, in a way I haven’t experienced since my work with the fans of Jim Henson and The Muppets. There is a kindness, a compassion, and a level of community-sharing and support that extends from the farthest flung fans to the very creators of the games themselves.

Myst and its worlds are a part of all their lives, and it’s a story they share and a spirit they cherish. The games of Cyan reward patience, intelligence, teamwork, and they foster a love of both nature and technology through creativity and exploration. More than ever, fans old and young are sharing stories of how they discovered Myst, and how much they are rewarded by returning to its Ages again and again, yesterday and today, and it’s a pretty darn good bet they’ll be there well into the future.

Rand Miller: This is odd to consider from a creator’s point of view. I have a completely different perspective on why I would love the documentary. It’s not about the feelings I had when I played Myst, but about the feelings I had as we developed and constructed the worlds of Myst, and then watched others play it. Those are more about reliving the work and the anticipation and the relief that we went through when we opened up Myst to the world. So the timing isn’t as important as simply getting a selfish opportunity to recapture those magical days of making Myst. 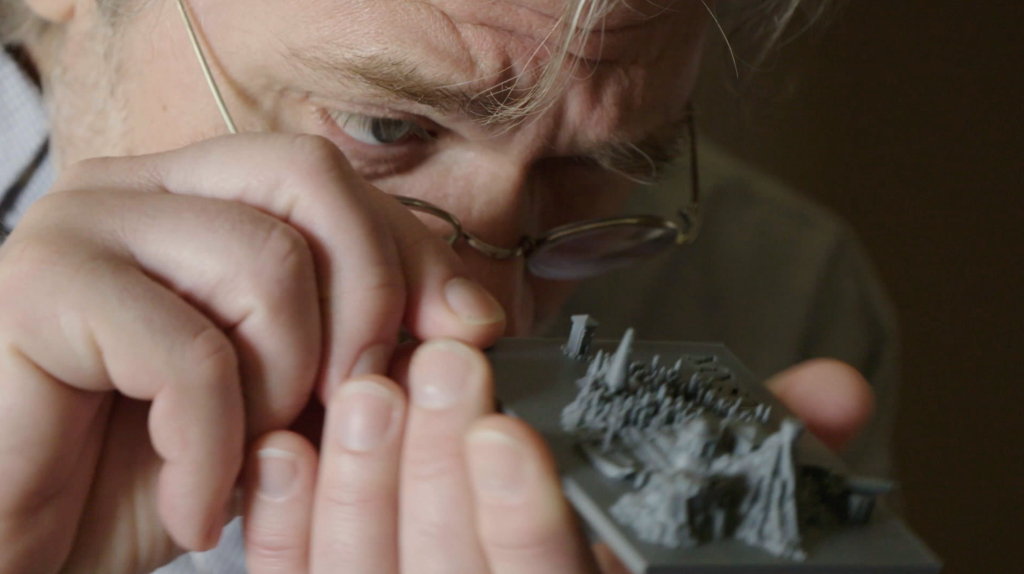 Above: Rand Miller looks at the world he helped create.

GamesBeat: Is Myst still relevant to the modern gaming landscape?

Philip: As research has unfolded for the documentary, I’ve found people fall into three categories: Those who have heard of Myst and respect it, but haven’t played or finished it; those who have played the game and feel it’s an important piece of gaming history, and those who played it and actually say it’s what motivated them to become a game designer or developer! In that sense I would say yes, Myst is very much relevant to the modern gaming landscape and has a permanent place in gaming history. I think many people who wouldn’t otherwise have played video games did so because of Myst.

Rand: I hope it’s still relevant, even if it’s relevant in a different way. I know that the original versions of certain books and movies that influenced me in my formative years may be showing their age, but I still consider them relevant. There may even be newer versions or sequels that I enjoy, but the original versions bring back a feeling of inspiration in their nostalgic form.

Robyn Miller: In terms of being relevant as a game, Rand and the folks at Cyan have worked hard to keep the Myst franchise going and evolving in surprising ways. I’ll be as curious as everyone else to see what steps they take with Myst going into the future.

GamesBeat: Is the documentary covering just the original game or the whole series?

Philip: The documentary will primarily follow the story of the Miller brothers, Rand and Robyn, and how they set out to create a wonderful work of art and ended up making the best-selling video game in the world for more than a decade. So in that sense, it’s about Myst and a bit about the sequel, Riven. But it will also give the audience a glimpse of what the Millers are doing today, and in the years since Myst they’ve launched other games, including Uru and Obduction, and they are now developing Firmament. I hope to show the evolution of the immersive worlds the Miller brothers have created and brought to life for millions of people across the globe. 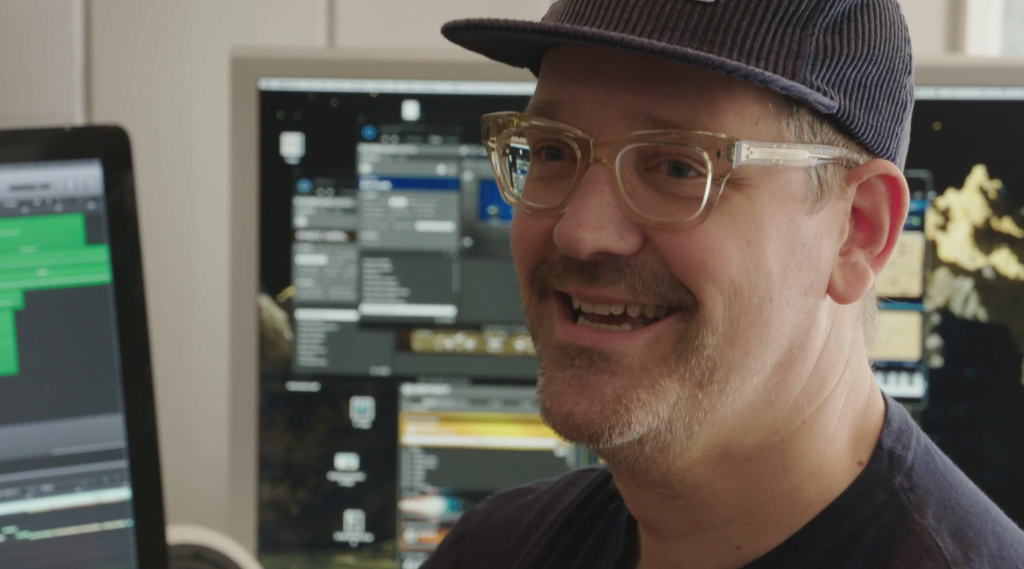 GamesBeat: Does any behind-the-scenes footage exist for the development of the series?

Rand: When Myst passed the 25-year mark, I started digging around in drawers and closets, looking for long-forgotten videotapes. Lo and behold, I scrounged up a few with some fun footage. I’ve already had a bad run-in with a Hi8 camcorder I purchased on eBay eating the first tape I fed it, so we’ll be a bit more careful with the remaining tapes. And I did manage to save the first tape by completely disassembling the camcorder. Wow, are those things complicated. So yes — we’ll be contributing a bit of behind-the-scenes footage to Philip.

GamesBeat: Is Myst ready for a comeback?

Philip: I’ve watched through the years as Myst has had several comebacks, and continues to have them. After Myst came out on the PC in 1993, it continued to find new audiences on consoles, mobile devices, handheld devices — most recently the Nintendo Switch. So I think in answer to your question, Myst has already had many ‘comebacks’ and will continue to, as long as there are fans of great story, interesting puzzles, and a compelling adventure.

Rand: Depending on your point of view: Myst never needed a comeback, or Myst always needs a comeback. The original Myst will always be special, but the various sequels and versions take advantage of technology to offer different perspectives of the worlds. It’s a matter of personal taste. I know that the larger story that surrounds Myst always seems to beg to be told in one form or another.

Robyn: I’ve been away from Myst since the end of Riven — hard to believe it’s been over two decades! So I’ve been experiencing the various Mysts as the world experiences them. I think for me, a comeback might mean working again on a Myst project. Crossing my fingers on that one. 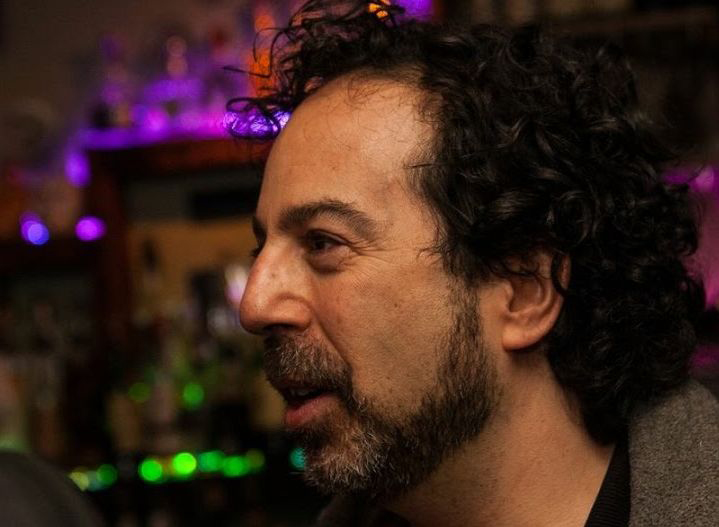 Above: Philip Shane made the “Being Elmo” documentary.

GamesBeat: What stories are you most excited to share with the documentary?

Philip: One of the things I’m most excited to do is take Robyn and Rand to meet some of the people who had a hand in creating the hardware and software that allowed Myst to happen. Some of these people they knew back in the day, but some they’ve never met! We’re talking about the people responsible for creating the incredible devices and technologies that we still use today, people in Japan, Europe, and here in the U.S. The brothers talk fondly about so many incredible memories they have of these cutting-edge inventions appearing on the scene and literally changing the course of how the game was made. It really was the dawn of the age of video games — when they entered pop culture. And Myst was one of those games that inspired a new generation of games, gamers, and game creators.

Rand: I’ll have to echo Philip on this one. I am in awe of the amazing people that built the technology that enabled us to make Myst. Those are some of my heroes, most of whom are unsung, and it would be amazing to chat with or just express how much fun we had using and misusing their tools to make our world.

Robyn: Because of the press at the time, people get the idea it was all Rand and Robyn. I hope Philip gets the opportunity to chase down some of these other threads to the story: some of the bigger-picture stew that was blended together. From the little company in Japan who invested in the project, with practically zero idea of what the game was going to be, to Bill Atkinson, who created HyperCard, the tool without which Myst would have been nearly impossible to create within our budget. These stories of what led up to this Myst thing are especially interesting. In the end, I think a viewer will see that Myst was almost inevitable. Someone was going to do Myst, or a game like Myst. We were lucky to be the first. And we had a bit of foresight.