Netgear is adding quad-band WiFi 6E wireless to its Orbi product family which extends the range of WiFi networks.

The San Jose, California-based networking company hopes the move will usher in a new generation of smart home WiFi mesh systems for people who need longer-range and faster Wi-Fi networks.

The Federal Communications Commission decided in 2020 to open up the 6GHz band to WiFi networking due to the insatiable demand for WiFi among American consumers. Before that, the 2.4GHz and 5GHz bands were open for unlicensed devices such as WiFi networks. This kind of change is relatively rare, as the FCC expanded the 5GHz spectrum for WiFi in 2014. 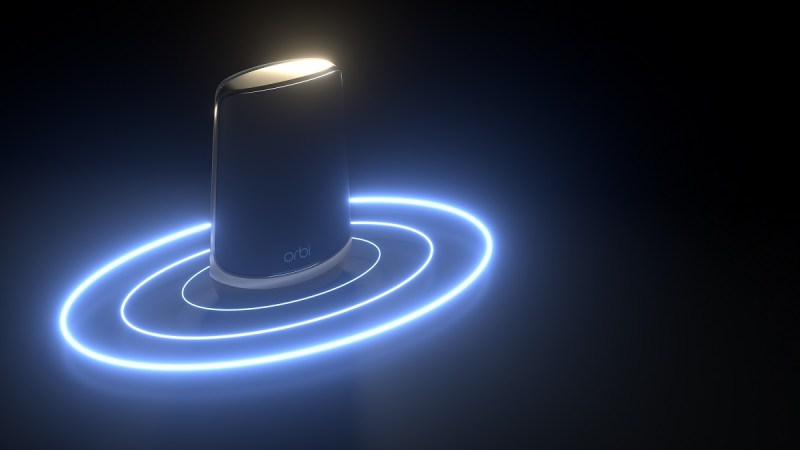 Netgear jumped on the opportunity to create new WiFi products in the Orbi family, which serves to extend the range of wireless networks so as to cover as much as 9,000 square feet of space.

Netgear product management director Ravindra Bhilave said in an interview with GamesBeat that this past year pushed home networks to their limits. Average US household Internet speeds rose 30% and peak Internet traffic increased 38% over pre-pandemic levels.

Activities necessitated by the pandemic such as remote work from home, virtual Zoom meets with friends and relatives, first-run movie streaming, online shopping, exercise, gaming, and ordering food are becoming the norm now and going forward. At the same time, Internet service providers are providing gigabit-plus Internet connections at scale, ranging from 1.2 gigabits a second to 2 gigabits a second and even 10 gigabits a second to homes.

High-performance WiFi based on the latest 6E standard in the clear 6GHz band is the only means to harness such Internet speed at home to handle all these applications unimpeded, unbuffered, Bhilave said. 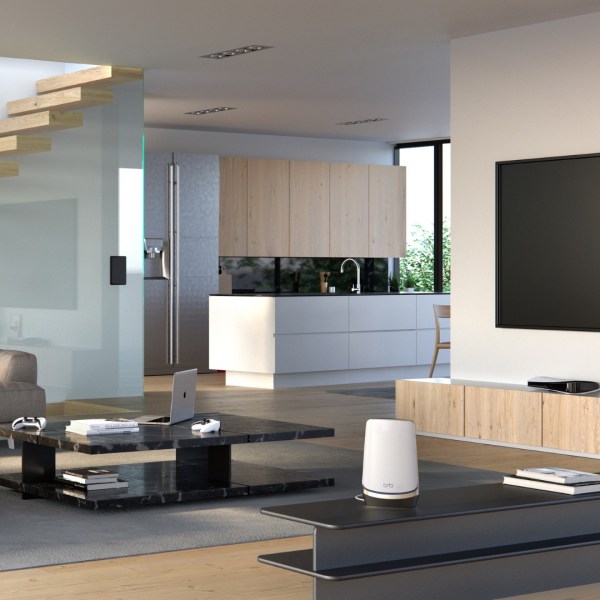 Devices running on the 2.4GHz and 5GHz WiFi bands will also experience an improvement in coverage and increased speeds of up to 30 percent with the Orbi RBKE960 Series due to the system’s upgraded WiFi radio and antenna designs relative to the previous flagship model, the Tri-band Orbi RBK850 series.

To augment the increased WiFi speed, the internet connection has also been upgraded to support up to 10 gigabits a second, the fastest internet speed available now or in the near term. In this case, the WiFi could keep up with the speed of the wired connection in your home, Bhilave said.

“The thing to notice is that the upstream traffic has gone up significantly,” said Bhilave. “We see that the internet service providers are already supporting higher speeds if you look at all the cable providers — Comcast, Cox, and Spectrum. All of them have upgraded their equipment to DOCSIS 3.1 and DOCSIS 3.1 is capable of offering multi-gig internet.”

Those cable companies will soon be under pressure from 5G wireless networks from mobile phone service providers, and that will put pressure on network pricing and make faster internet available to more people.

“Everybody working from home will have this new realization that having a good WiFi router is as critical as having a higher internet speed,” said Bhilave. “That realization has seeped into people’s minds now because of pandemic and people are willing to invest in a good router in order to address that particular need.”

Additional 2.5 gigabit Ethernet ports have been added on the router and satellites to provide an option for wired connections for customers with the latest multi-gigabit Ethernet devices.

Orbi ensures maximum throughput with 16 WiFi streams — the highest specification available — at all 3 bands, 2.4, 5, and 6GHz. Furthermore, similar to the previous tri-band Orbi systems, the RBKE960 series uses a dedicated WiFi 6 backhaul for data exchange between the router and satellites without impacting the performance of connected devices. That means that Orbi isn’t the bottleneck within your home, Bhilave said.

“It’s almost like having a virtual wired connection to all of your devices,” Bhilave said.

Orbi WiFi 6E 3 pack (RBKE963) provides fast, wall-to-wall internet access to homes of up to 9,000 square feet for WiFi 6 connections and is easily expandable for larger spaces or denser coverage of WiFi 6E connections with the addition of extra satellites. 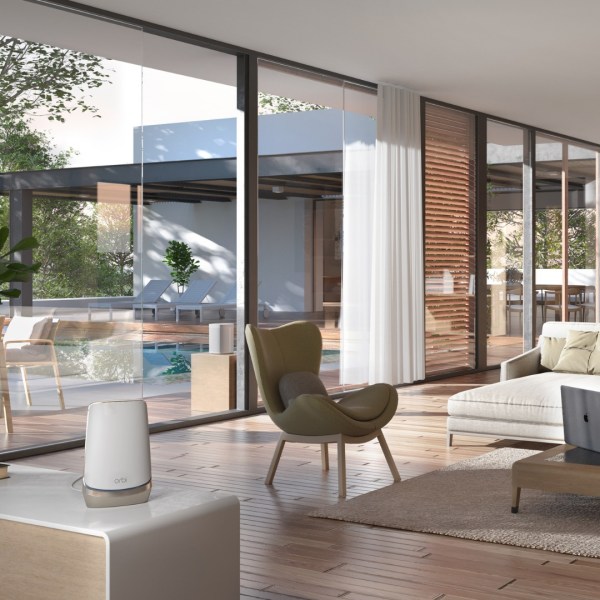 Above: Netgear’s Orbi doesn’t stand out like a geek toy.

The new Orbi has 16 WiFi Streams – to provide the best speed, range and performance to blanket your home with internet speeds similar to what you receive from your internet provider.

The new Orbi system also supports four separate WiFi networks. In addition to the default home WPA3 mesh network for 2.4, 5 and 6GHz devices and a guest network, users have the option to set up their new 6E devices on an exclusive WiFi 6E network to ensure these devices realize the best speeds and performance possible. There is also an IoT network for smart home devices such as smart plugs, lights, sprinklers, etc. that only support WPA2. These discrete networks allow for flexibility of network configuration, maximum performance and the separation of less secure devices from the main network.

“We decided not to make any compromises and go all-out,” Bhilave said.