NZXT has raised funding for the first time since it debuted as a PC gaming hardware company in 2004. It’s a whopper of a round at $100 million.

Global tech investment firm Francisco Partners led the round for the City of Indutry, California-based PC gaming hardware and services firm. The move will support a strategic expansion at a time when it’s extremely hard to get a hold on components for gaming PCs because of a pandemic-induced shortage.

Johnny Hou, CEO of NZXT, said that the boom in gaming that came from the lockdowns also led to a boom in sales of PC gaming rigs and other associated gear like webcams and controllers.

“We’ve been around for 17 years and we had no investors for the entirety,” Hou said. “There  was a point in time I doubted that we would ever take outside funding. So this is a bit of a surprise to me. But I think it’s the right move for the business and it’s really going to help us grow.”

He said the investment will allow NZXT to bring on more senior talent, expand its product offering to include new hardware categories, expand its direct-to-consumer offering in new global markets, invest more in the community, and focus on continuing to build the NZXT brand.

In addition to Francisco Partners, strategic investors in NZXT also include top leaders and entrepreneurs across multiple industries, reflecting how PC gaming connects many different worlds.

As a part of this investment, Hou will remain the majority shareholder and maintain control of the company and day-to-day operations. Alan Ni from Francisco Partners will also join NZXT’s board of  directors.

“Under Johnny’s visionary leadership, NZXT has established itself as both a leader and innovator in the PC gaming industry with products that are designed to make PC gaming more achievable and accessible for everyone across the gaming community,” said Ni, who leads consumer internet investing at Francisco Partners, in a statement. “As NZXT enters this next phase of growth, we are excited to partner with Johnny and the entire team to help them scale the business and expand into new products built to serve the needs of gamers across the world.” 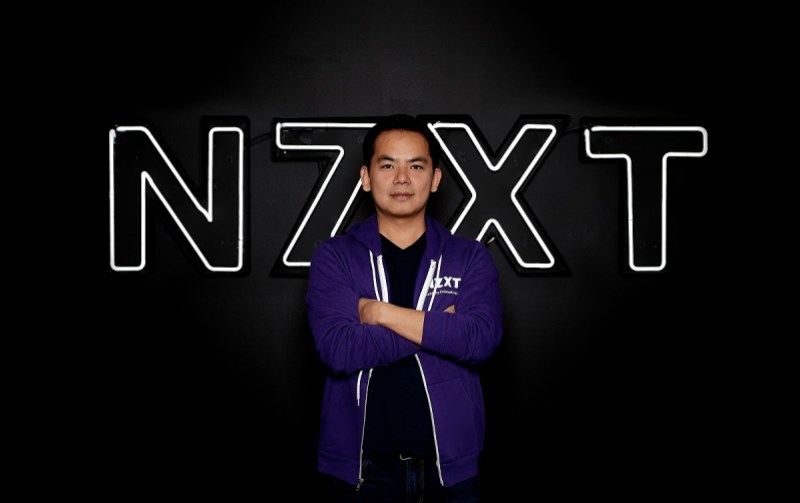 Above: Johnny Hou is CEO of NZXT.

NZXT will remain focused on creating seamless experiences for PC gamers with products that include top quality PC cases, coolers, fans, and accessories including the newly released Capsule microphone. The company will continue to offer PC gaming enthusiasts the opportunity to purchase customized ideal set-ups or pre-built systems, including the NZXT BLD Kit for the first-time builder.

“NZXT is a brand that is building solutions for PC gamers, with the aim to make everything as seamless and as accessible as possible,” Hou said. “We started this community is by making PC gaming as painless and as simple as possible, lowering their learning curve.”

The BLD Kit comes complete with all of the components, tools, and guidance necessary for those who are new to PC gaming and are looking for a hands-on experience. With the BLD Kit in addition to a growing roster of configuration and support services, NZXT now has solutions for those at all experience levels — making PC gaming more achievable and seamless for everyone.

“It feels like the PC platform has brought PC gaming to the forefront again, and the types of gamers that are now entering the PC gaming space are looking for a different type of experience than the PC gamers from 10 years ago,” Hou said. “That was really about min-maxing the hardware. They now looking for a seamless experience and a brand that is 100% focused on gaming.”

I mentioned my daughter built her own PC gaming rig and he was glad to hear that. That’s a sign of the changing demographics of the game industry.

“I am a believer now that like building a PC gaming is not just for dudes, just to your example,” Hou said. “I think that sense of building your own computer is a source of pride. People want to do it because this is what it feels like to get into PC gaming.” 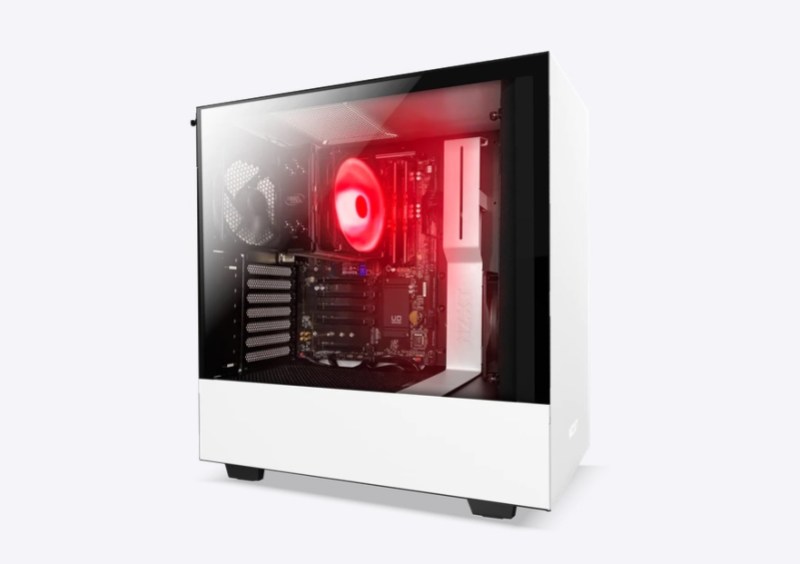 Above: NZXT made PC cases designed by Johnny Hou in its early years.

Hou started making his own cases as a young gamer. He couldn’t afford an Alienware machine, and so he designed his own instead.

Historically, making PCs has been a low-margin business. Microsoft’s Windows software and Intel’s processors accounted for the bulk of the profits in PC sales. Most of the investors would mention that whenever Hou went out looking for venture capital.

“When I mentioned hardware, 70% of the VCs would run away, and then when I said PC, another 70% of the remaining people would run for the hills.”

Hou started the business in Los Angeles and Taiwan with a focus on making custom cases for gamers. Hou did all of the early designs himself in the company’s first six years. NZXT catered to gaming enthusiasts, like those who are into overclocking their PCs or playing esports.

Games such as League of Legends began breathing new life into the PC gaming market, and gaming became more popular among a broader demographic.

About four years ago, the company shifted into making PCs for gamers as well. They sold their wares directly consumers, skipping the traditional retail channels. The custom built PCs show up at your door within 48 hours. About 80% of the customers are based in the U.S., but the company ships from hubs in Los Angeles, Munich, and Australia. And it does research and development in Taiwan.

Now the company has more than 400 employees. The company doesn’t disclose its sales or how many units it has shipped. But growth rates have been in the double digits for each of the past five years. Now it’s shipping things like microphones, webcams, and other tools for streamers.

And then COVID-19 kicked everything into high gear.

“Everything just went crazy,” Hou said. “And we found a good partner that understood our business really well.”

As for the shortage, Hou said it’s true that a lack of supply for a very inexpensive part can hold up the acquisition of an expensive graphics card or gaming PC. As for new events like Intel’s re-entry into the standalone PC graphics market, Hou welcomes the choice it will bring for players.

“The goal is always to make the decision easier,” he said.

He noted that graphics card prices have gone up, doubling in some cases.

“We see the whole landscape of whether you build your own desktop computer, or whether you want to buy one — we can see what’s going on in both sides of the market,” Hou said.

Asked if the shortage will disappear by 2023, Hou said, “I wish I knew the answer to that question. I ask Nvidia that every week.”