One of the hottest games on Steam right now shows why the PC platform is so ideal for experimenting with different forms of gameplay.

GamesBeat has become enamored with PlayerUnknown’s Battlegrounds. This is a battle royale game, where a group of up to 100 players find themselves jumping out of an airplane and onto an island full of weapons, vehicles … and bloodthirsty gamers. Your goal is to outlast everyone else, either by killing or avoiding them, in an ever-shrinking playing zone. In recent weeks, you could find 100,000 or more people playing it at the same time on Steam.

Survival games have been big for several years now, going back to the zombie mod DayZ for the military shooter Arma 2. Battlegrounds also started as an Arma mod, and you can find the influence of games such as Ark: Survival Evolved and Rust in it as well.

And it shows the creativity of the PC gaming platform. You won’t find this sort of player-driven development evolution on console or mobile. It can’t exist on PlayStation or Xbox because of the lack of mods and open development engines, and you won’t find it on smartphones and tablets because it doesn’t have this modding culture (nor does it really work for that platform).

It’s what makes PC gaming special, and it’s why we’re working with Intel to focus more on gaming’s oldest and most exciting platform.

So look for Col_Manischewitz on Battlegrounds — and cap my ass if you get a chance to do so!

P.S. Warhammer 40,000: Dawn of War 3’s opening mission is a little more difficult than we were prepared for.

Sledgehammer’s Call of Duty: WWII will be an unflinching and respectful combat experience 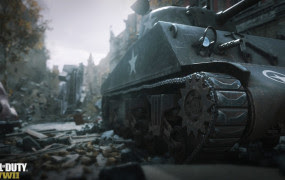 Activision and Sledgehammer Games have revealed details of their next big game, Call of Duty: WWII. Some information leaked on March 25, but the companies have now released a lot more, including the official trailer. GamesBeat was able to go behind the scenes at a preview event at Slegehammer Games in Foster City, California, and I interviewed […] 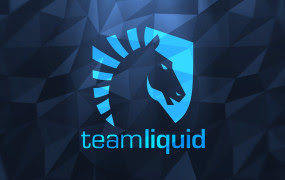 One of the biggest teams in professional gaming is going to continue providing video to the world’s largest livestreaming site. Twitch announced today that it has renewed its partnership with esports team Team Liquid. This will continue to bring Team Liquid’s broadcasts and content to the livestreaming site, which has over 100 million users a […] 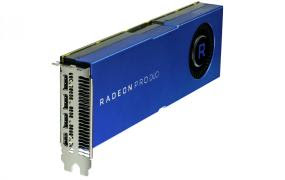 As AMD is rolling out its latest video cards for gamers with the Radeon 570 and 580, the company is now also aiming a new GPU directly at professionals who work in graphically intensive fields. The company revealed its new Polaris-powered Radeon Pro Duo, which it is aiming squarely at people who need far more power […] 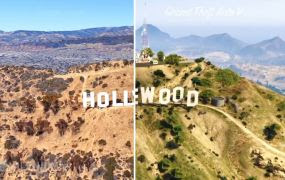 Rockstar’s game are often called “open-world crime simulators,” but you could just as easily call Grand Theft Auto V “virtual tourism.” A new video compares a few of the locales in GTA V’s Californian facsimile to the real world using the Google Earth app, and the results reveal a game setting that feels close to […]

Heroes of the Storm 2.0 is live with its free heroes and new loot chests 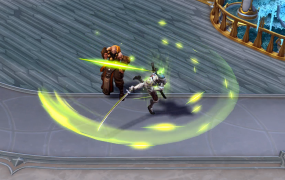 Blizzard is slapping Heroes of the Storm, splashing some water on its face, and telling it to get back in there. Heroes of the Storm 2.0 is now live in North America, and it will roll out to other territories throughout the day. This relaunch of Blizzard’s multiplayer online battle arena (MOBA) for PC change’s […]

Japanese game maker Silicon Studio, the maker of the Nintendo’s hit 3DS series Bravely Default, is moving into the game engine business with the release of its Xenko Game Engine. Game engines are a kind of strategically important middleware, as this enable developers to get their work done more quickly and take it to more […]

For ‘Overwatch’ and ‘League of Legends’, Evolution is Key

Today, Summoner’s Rift, League of Legend’s iconic arena, is mossy and torchlit, with muted forest tones, broken cobblestone pathways, and whorls of malicious-looking thorned vines. But back in 2009, during its closed Beta, League was as hideous as a dollar-store holiday display. Lime-green trees that belonged in a Lego set dotted the rock-candy landscape; every champion, from the “sexy” Katarina to the unabashedly polygonal Blitzcrank, were comprised of variously sized triangles. (via Glixel)

One of the most important considerations for any developer is selecting an engine for their game. You need to consider time frame, learning curve, your budget, and perhaps most crucially, the genre and needs of your specific vision. But the difficulty is exacerbated if you’re building a game the likes of which has never really been attempted before. (via Gamasutra)

id working on a new game engine which will “consume all the CPU Ryzen can offer.”

It looks like the id Tech 7 game engine will be Ryzen’d up from the outset, meaning games built from its constituent parts will take full advantage of the huge multi-threading potential the AMD chips offer. Though considering how many games use the id Tech 6 engine I wouldn’t get too excited just yet. (via PCGamesN)

Yesterday, the world of games journalism and criticism blew up in response to an Atlantic article penned by the trickster-gadfly-academic Ian Bogost. For Bogost, games have a problem: They keep trying (and failing) to tell good stories. If games are going to ascend to their potential, he argues, they need to “abandon the dream of narrative media” and instead focus on their ability to configure and reconfigure the world around us in “surprising, ghastly new ways.” (via Waypoint)