In exactly one year since launching on Steam in Early Access, PlayerUnknown’s Battlegrounds (PUBG) has shipped more than 40 million copies. That’s an astounding mark, and no one is more surprised than PlayerUnknown himself, Brendan Greene.

Greene recounted his journey from an Arma modder who was in love with a new “last man standing” mode of playing called Battle Royale, where one player survives in a match of a hundred, to PUBG’s king of the hill. He went through multiple attempts to bring that mode to the mainstream, and he finally succeeded working with the team at Bluehole (later known as PUBG Corp). 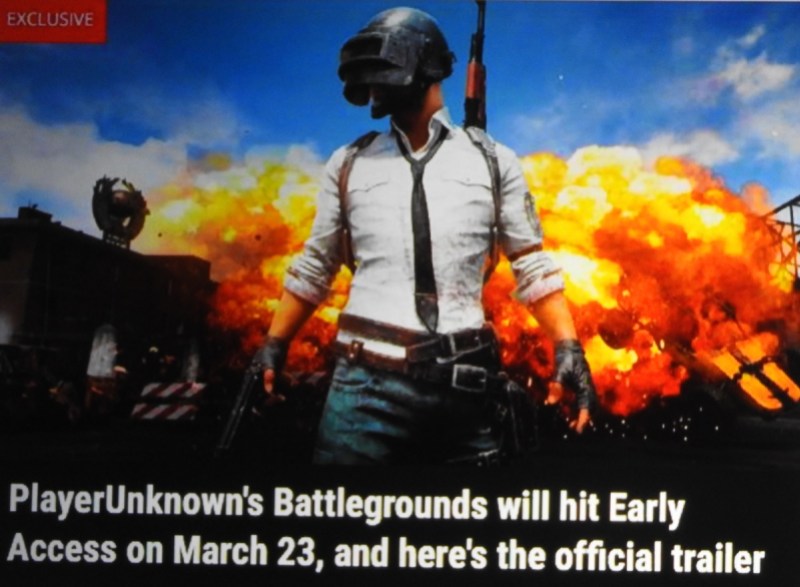 Above: PUBG launched into early access a year ago.

“This year we get to polish off the game,” Greene said in his talk at the Game Developers Conference. “We have the chance to improve what we do next. We are growing globally now.”

During his talk, Greene gave a shout out to the PUBG Corp. team, which has grown from 40 a year ago to teams on three continents.

Greene teased a preview of a new map with a Southeast Asian flavor. It’s a smaller map, and it is in early stages now, he said.

On a bigger level, PUBG’s team is working on better, more realistic terrain and “more elements to enhance pulp realism.” It is creating a platform for more game modes. It is working on letting players create their own custom games, adding new content, and investing in esports.

Greene said he was so grateful for the growth of PUBG, and he recounted how long it took to get the gameplay right. He based some of his early work (in 2013) in Day Z: Battle Royale on a “last man standing” mode similar to the fighting in The Hunger Games. He was also inspired by the 2000 movie, Battle Royale, particularly its name, he said. He worked on a new mode for H1Z1, at the invitation of leader John Smedley, formerly of Daybreak Games.

But they went in a different direction than he wanted, and Greene returned to work on mods for Arma 3. He worked on a World War II mod dubbed Iron Front Battle Royale. 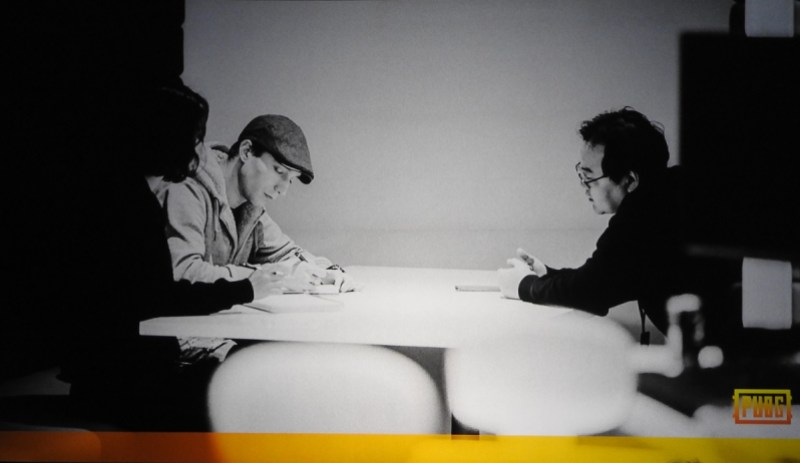 Above: The PUBG team at work.

Then he came into contact with Bluehole Studio, the South Korean publisher of the massively multiplayer online game Tera. He went to South Korea during a snowy February, met with founder C.H. Kim, and connected with him.

“It was a big family,” Greene said. “We drank together. He wanted what I wanted.” 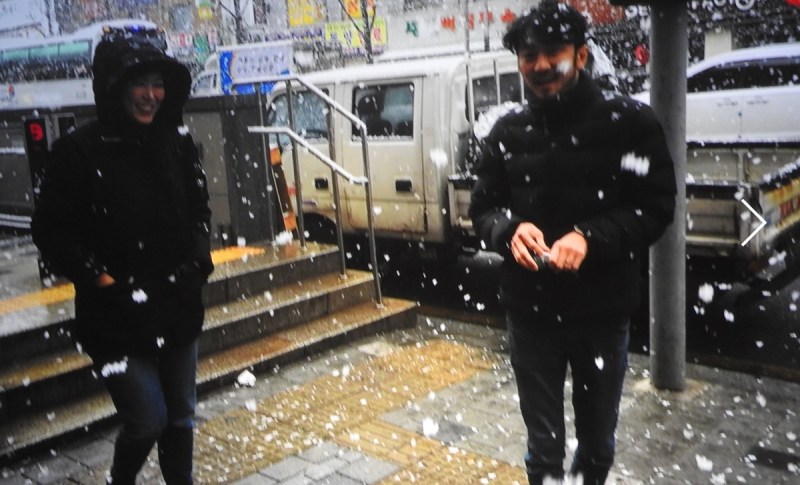 Above: Brendan Greene took a picture of C.H. Kim in South Korea.

Once inside the team, Greene said he learned a lot more about game development and how complicated it could be within a larger team. They talked over how to modify the game, such as allowing players to choose where they could parachute onto a map. 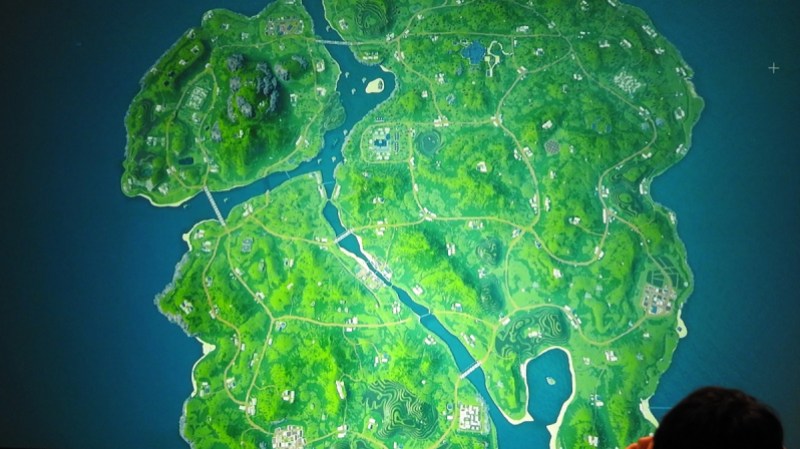 Above: A new PUBG map

“We had agile development, and we met every day and talked about new features and what we were learning,” he said. “We were also open with the community.”

They shifted some of the work on motion capture to Prague.

When the game launched, the build was relatively stable. And it shot up. The game was the only title on Steam to break 3 million concurrent users, or simultaneous players. It launched on Xbox One last fall, and it sold millions more there.

Now the team is talking about how to foster the franchise for five or 10 years.

Asked what his view was about Epic Games’ rival Fortnite, “It’s great. The battle royale space is expanding. It is getting battle royale to a lot more people. It grows the genre.”