PlayerUnknown’s Battlegrounds has continued to set itself apart from Fortnite in the battle royale sector by regularly introducing new maps. It feels like The PUBG Corporation only just launched its smaller Sanhok jungle locale, but the developer is already gearing up to release two new levels. The first is the training map that is hitting the game this week along with a training mode, and the other is the mountainous and snowy Dihor Otok, according to info that fans found hidden in the game.

PUBG Corp. uses new maps and regular updates to keep players coming back. That’s important because the game has already surpassed 50 million copies sold, and it needs to do just as much to maintain that audience as it needs to do to bring in new players. The more willing people are to come back to PUBG on a reliable cadence, the more likely they are to spend money on in-game cosmetic items.

I reached out to PUBG for comment and to verify the datamined info, and I will update this post with any new statement or information.

The snow map is something that PUBG Corp. teased in a trailer at E3, and it is due out at some point this winter. The studio has confirmed some of its details, like Soviet-style architecture and a map size between 8 kilometers-by-8 kilometers of the first two maps and the 4 kilometers-by-4 kilometers of Sanhok. 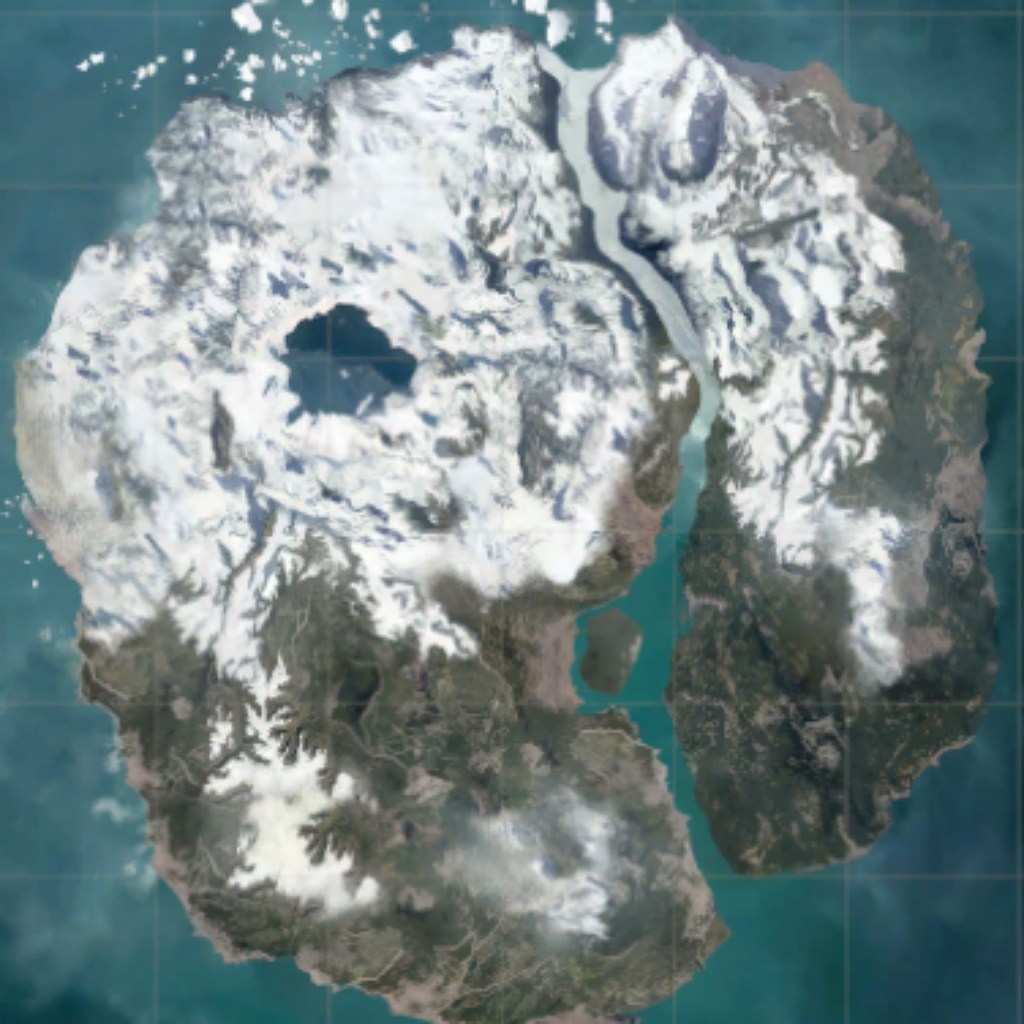 Above: A satellite view of the new Dihor Otok map.

And the datamined info builds on that information. The full size of the map is 8 kilometers-by-8 kilometers, but land area of the frosty island only takes up a 6 kilometers-by-6 kilometers space in the center of that total space.

On the island, you’ll find cozy hamlets packed with chalet-style abodes, but the leaked data also features textures for a variety of other buildings that would look at home in a modern ski resort and on a frigid Scandinavian coast.

PUBG Corp. has also added the model for C4 explosives to the game, and it’s possible it could introduce that alongside Dihor Otok.

The developer is focusing on the training map for now, but if it follows its recent strategy, it will release a version of the snow level on the experimental build of PUBG soon. That will give the studio time to get feedback before rolling it out to the test servers and then onto the live version of the game. For now, I’m going to spend time in training mode to see if I can’t improve my shot.