The PUBG Corporation and publisher Microsoft are launching the 1.0 version of PlayerUnknown’s Battlegrounds on Xbox One on September 4. This comes nine months after the battle royale shooter launched on the console in December 2017 through the Xbox Game Preview program. 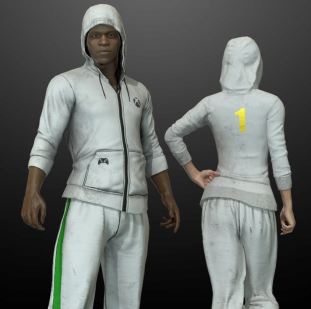 With the 1.0 launch, PUBG on Xbox will introduce the smaller, tropical Sanhok map. This map has already launched on PC, and it has brought faster more hectic gameplay to Battlegrounds. In addition to the map, War Mode is also coming to Xbox One. This is a deathmatch-style take on the PUBG formula that works well for custom games where you don’t want your fellow players to have to wait around for the next match.

If you’ve spent a ton of time in the Preview version of PUBG on Xbox One, the final version will carry over your achievements. But now, you can also purchase in-game premium currency to spend on cosmetics and event passes.

The 1.0 version will launch with the Event Pass: Sanhok, which is a way to progress your character to unlock visual upgrades. This is similar to how Fortnite works with its Battlepasses, and it is a lucrative business model.

PUBG will also launch with a new Xbox cosmetics set that is inspired by the Microsoft gaming brand. This includes a white hoodie and an Xbox-themed parachute.

The 1.0 version of PUBG for Xbox One will launch with both a digital version and a physical disc that you can find at retail. This means no more boxes with key codes inside of them. Of course, if you own the Preview version, you’ll get the final version for free.

Finally, Microsoft is launching a new limited edition Xbox One controller that uses the PBUG theme. It is launching worldwide for $70 on October 30.