The release of the XCOM reboot in 2012 has ushered in a new golden age of strategy/tactics hybrids. The formula seems simple: intricate turn-based combat as the core focus of the game, with a strategic layer that helps provide motivation and progression without being overwhelming. It’s a great formula, leading to instant classics like XCOM and Darkest Dungeon, as well as some compelling experiments like Massive Chalice and Battlestar Galactica: Deadlock.

But for all their strengths the XCOM-like genre or what we can call tactical management games (tac-mans!) have a consistent flaw: the strategic layer is really hard to balance, especially in terms of how external pressures can make a player feel like they’re falling behind. This includes both how the game is produced, and how the game is played in terms of difficulty levels or choosing to play Ironman. All of the new XCOM games can fall apart due to an excess of strategic pressure pushing players into a corner, while Darkest Dungeon avoids this issue only by applying virtually no strategic pressure whatsoever. This issue is what has me so intrigued by the upcoming Battletech game from Harebrained Schemes. The Battletech universe offers exciting potential ways to make a robust strategic layer to go along with tactical battles, and so far, the game seems to be taking advantage of it. 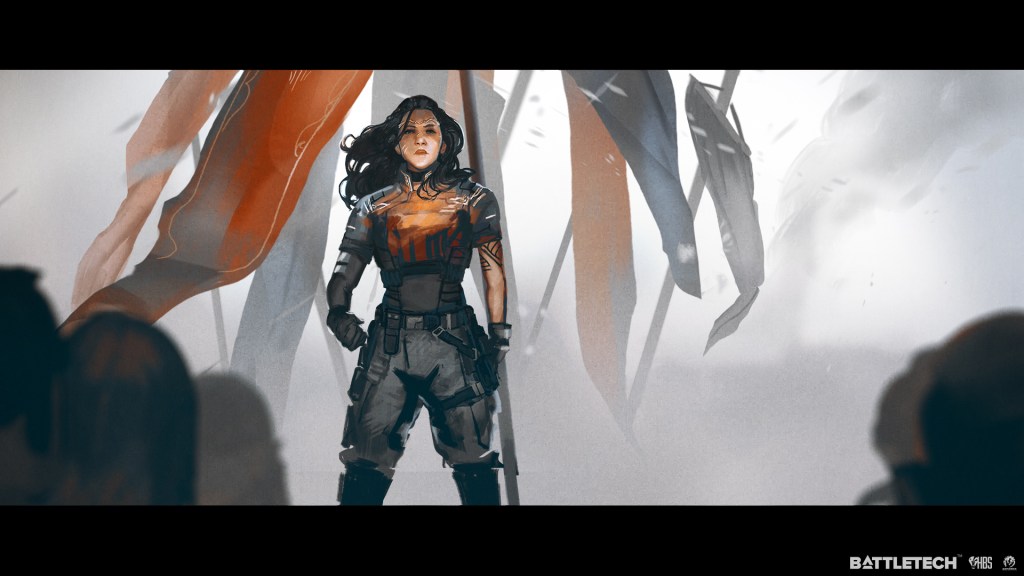 Above: There’s a deep lore to Battletech, which the upcoming game will delve into

I should note here that I am not a long-time Battletech fan, so this game totally wasn’t on my radar in any way before getting to play it earlier this summer. At the recent preview event, we finally got our hands on the single-player layer to some extent. I still have some major questions that are only likely to be answered by long-term play, but for now, my interest remains strong.

The Battletech universe possesses two key strengths for making a game like this. The first is its overarching plot. Battletech posits a universe where humanity has expanded to the stars and created a decadent monarchy, which has since collapsed and left noble house to duke it out over the scraps. Their battles are often fought by mercenary bands in mechs — that’s you, in this game.

This is promising because a mercenary group is a perfect strategic fantasy for players. The shoestring budget, the strong personalities, the rise from nothing to galactic power — these are all implied just from the premise. And games like Battle Brothers have shown how fantastic a fit it is for this tactical management subgenre.

Battletech is also particularly good for this kind of seat-of-your-pants mercenary organization because it involves giant goddamn mechs punching and shooting each other.

As fun as it is to use your mech’s jump ability to stomp on a tank (and it is fun), part of the concept of mechs in this setting is that they can take, and deal, a tremendous amount of damage. This means that unlike XCOM, your units will be able to take several enemy hits without being killed forever. And the sheer amount of damage a mech can sustain also means time and money spent on repairs, causing more management decisions to be made..

In other words, Battletech’s universe offers more possibilities between total success and total failure. Every battle is likely to include major mech damage; getting a perfect run doesn’t fit the setting. And that means more time, and strategic decision-making, spent on making sure things work well enough to succeed more than you fail, instead of depending on perfect runs.

Mechs also jump on tanks and make them explode

Even if the strategic layer of Battletech is a major improvement for the genre, it still needs to have a strong tactical combat system. Battletech doesn’t seem to disappoint here: there are plenty of tactical decisions to be made based on terrain and loadout, and the complexity of each individual mech means that the four mercs you can send into combat don’t feel like too few.

You can, for example, jump an artillery-built mech onto a hill to have strong positioning, but they’ll likely make a tempting target for enemies without much cover. The ability to swiftly close in on enemies and punch them also creates interesting tactical possibilities, and also, giant robots punch one another!

The melee system is a good example of Battletech’s chief tactical decision: when to fully commit. Some of this is related to the strategic considerations, as you don’t simply have to win battles, but you want to keep your mechs and their pilots in good working order. But much of it comes from a specific mechanic: overheating. Fire too many of your guns, and your mech will start to overheat, which does some damage, but also makes it unable to act. That’s a worthy tradeoff if you can get a definite kill, but it’s a gamble that might be a losing one if you don’t actually connect with your shots, or underestimate an enemy’s staying power. 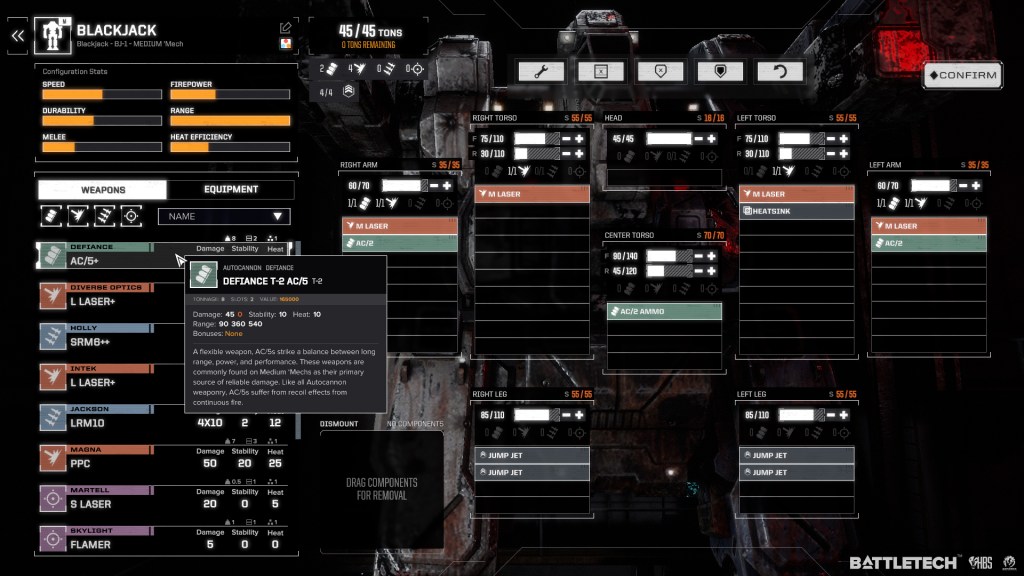 Above: There’s a lot of potential complexity in Battletech, and the interface will have to make it comprehensible.

The systems all interact here. Mechs have several guns, each of which has its own different range, so staying in cover and launching a couple missiles with 60-percent chances to hit may seem wise, but pushing forward enough to get all your lasers within range may require leaving cover.

There are still a few issues I’d like to see resolved before Battletech’s release, scheduled for early 2018. They’re mostly quality of play issues — things like tooltips, and interface reaction speed. These are aspects of the game that have been improved since I played it over the summer, so I’m hopeful they’ll be even better for final release..

Harebrained Schemes also obviously doesn’t have the resources of a Firaxis to make Battletech as polished as an XCOM 2, but I found the visual and aural feedback consistently strong. The voice acting and editing for the mech pilots specifically added a bunch of personality to what could easily be a detached experience.

In fact, there’s a consistent “punching above its weight” feeling to Battletech that I keep finding myself drawn to. At a superficial glance it doesn’t seem to be doing anything special, but every time I play it or talk about it, I find myself wanting to go deeper. If that keeps it, it could be an instant winner when it’s released.