In March, Chinese internet conglomerate Tencent purchased a 5-percent stake in Ubisoft as part of a deal to avoid Vivendi’s hostile takeover of the French publisher. At that time, Ubisoft chief executive Yves Guillemot noted that his company would use this relationship to capitalize more on the gaming market in China, which is the biggest in the world in terms of money spent. And now Tencent is relaunching Tom Clancy’s Rainbow Six: Siege in China, which should help it find a bigger audience in that territory.

Rainbow Six: Siege is already a global hit for Ubisoft. It has more than 30 million players, and it continues to grow rapidly, Guillemot said on a conference call with investors. But in China, Siege was only on Steam, which is not officially supported in that country. But as part of this relaunch, Tencent will bring Siege to its Steam-like WeGame service.

Tencent is the biggest gaming company in China (and the world), and tens of millions of players use its game platforms across a variety of devices. When a new game comes to WeGame, people notice. Tencent will also localize Siege itself and run its day-to-day operations.

Siege is Ubisoft’s ideal game. As part of its year-end earnings report, the company revealed its opportunities for growth and profitability. For the short- and medium-term, Ubisoft thinks its best strategy is to pursue digital revenues, the mobile & PC markets, China, and esports. Other than mobile, Siege checks each of those boxes. 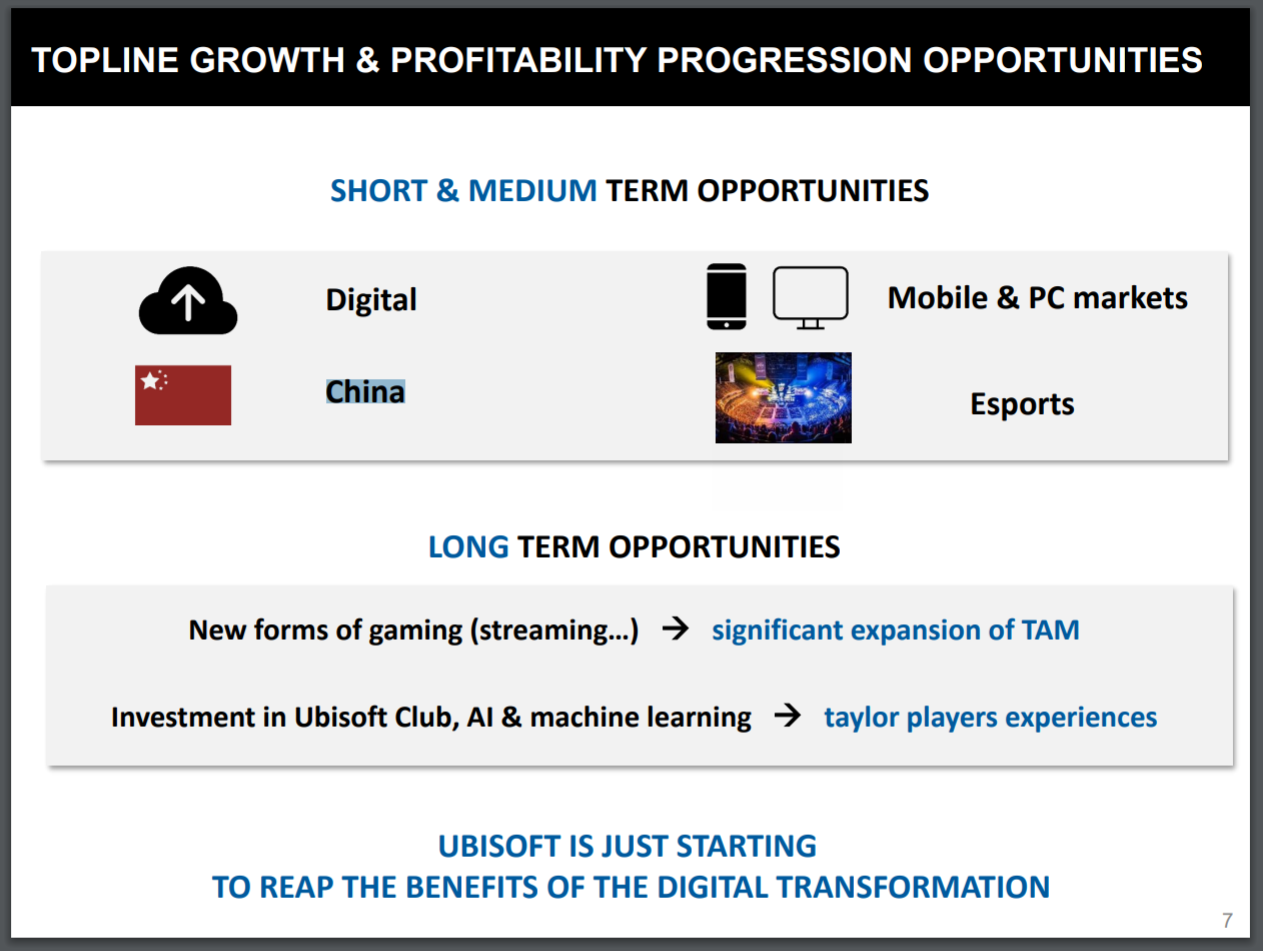 Siege is a massive success on consoles in North America and Europe, but it is catching on in emerging markets (and it can go to China) because it is such a great PC game. You can tell how important the PC is to publishers because Activision focused on the platform for its Call of Duty reveal today, and it is going to launch Black Ops 4 on Blizzard’s Battlet.net service in October.

When it comes to digital revenues, Siege is also a massive success because of its microtransactions and season passes. Ubisoft is always working on updates for Siege, and that keeps players coming back. But it’s the new characters and cosmetic skins that get people to spend money on a game that originally debuted for $60 in December 2015.

Finally, for esports, Ubisoft has built Siege into one of the top 10 esports games. It isn’t on the same level as Dota 2, League of Legends, or Counter-Strike, but it’s in the next tier behind those behemoths. Rainbow Six: Siege is often among the top 10 most-watched games on Twitch, and esports is the driving force there.

“We feel we will continue to grow the esports trend,” Guillemot told investors. “We feel that with time we can be in the top-played games in the world.”

So if you’re wondering what kinds of games Ubisoft is thinking about making for the future, look to Rainbow Six: Siege. It is delivering in every growth opportunity for the publisher, and the company probably wants to make a few more products that have similar success.