A typical survival sandbox might simulate things like hunger and thirst, and maybe require players to search for shelter and stay warm, but SCUM, a survival game set on a prison island that’s been turned into a game show, takes this one step further. And then another step. And then a few more, until it’s reached a new zip code.

“We’re simulating the human body,” explains Gamepires’ technical director and studio co-founder Andrej Levenski. “When we simulate the body, everything else can be driven by this. If you’re hungry, your hands are shaking, you’re tired—this will influence everything else in the game. With all the stuff like metabolism, you’ll see a huge difference between characters. It makes it very unpredictable.”

Fat and muscle ratios, blood pressure, exhaustion, weight—they all have an effect on how a character performs. Play a heavyset prisoner, for instance, and you might make more noise while moving, reducing your effectiveness at being stealthy. Add more clothes and gear on top of that and you’ll be even noisier. Your body can even betray you in fatal ways.

“If you choose to play as a prisoner who has more fat, then you have a chance to get a heart attack in the morning when the temperature is lower and the blood vessels tighten up,” Tomislav Pongrac, Gamepires’ co-founder and creative director, adds. “All characters have a different amount of blood and a different blood pressure, and they can digest different amounts of food. You can even lose teeth, and if you lose all your teeth, you can starve.”

Levenski and Pongrac didn’t really play survival games before they decided to make one of them their next project. They knew about DayZ, of course, and other titles, but until it came to testing them to see what the competition was like, they approached the genre with fresh eyes. That might explain why they’re bucking convention, even if the familiar elements of struggling to survive on a hostile island by hunting, looting, and killing are still present. 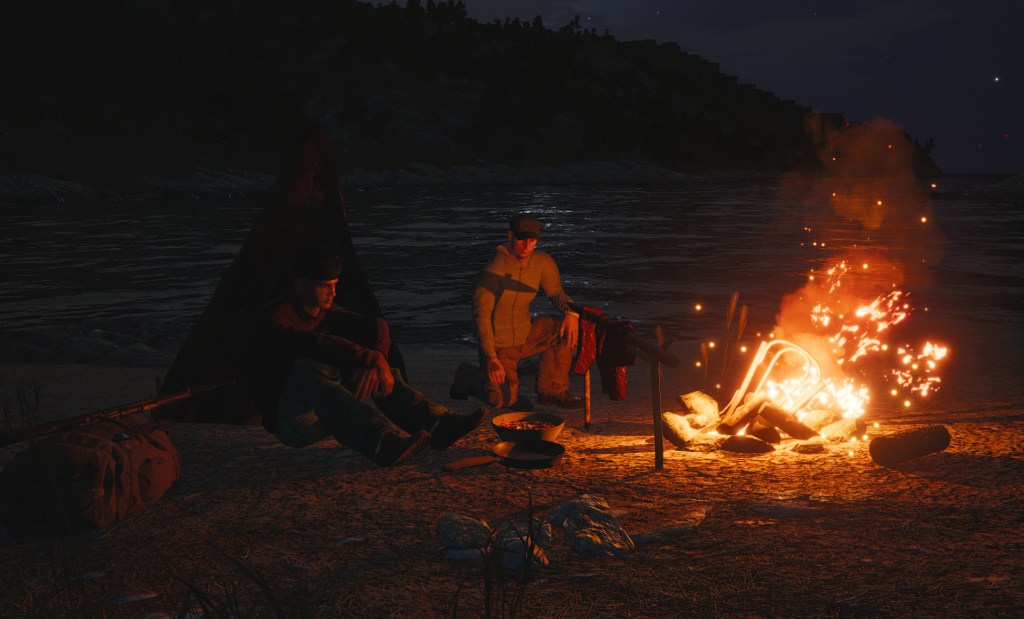 The pair noticed that, while DayZ helped to create a trend, things have started to change in the survival genre. A lot of the big survival games still haven’t left early access, while battle royales like PlayerUnknown’s Battlegrounds have been stripping the genre down to the barest of essentials. They think that there’s room for a new, ultra-detailed survival sandbox that places a great deal of importance on its dynamic simulation.

Character creation, metabolism, combat, and exploration are all interconnected, where one change can have a significant knock-on effect. If you make a character with very little body fat, for example, you’ll need to find food more often. If you don’t, you’ll start to starve, making you weaker and tired. That, in turn, will make your hands shake, so you’ll be less effective if you need to shoot other players, NPCs, or animals. Being a little bit on the chubby side, then, can sometimes be helpful.

“People ask us what the point of selecting a character with bad muscle and fat ratios is, and why they shouldn’t just make a character that looks like Arnold Schwarzenegger,” Pongrac says. “The thing is, in a survival situation, body fat is good. A character like that might not have to search for food as often. And eventually this fat will be burned, they’ll lose weight and maybe gain some muscle in the process. Another character, a muscular guy, will have to feed those muscles protein to keep them. It’s quite difficult.”

The metabolism mechanic means that change is constantly happening, and it’s the same with the various skills that characters can learn. Ostensibly, every character can use every gun, every type of medicine, and generally attempt whatever they want, regardless of skill; they’ll just have a lot more obstacles to overcome. Skills increase through use. You can start off with a low running skill, but if you run absolutely everywhere, you’ll naturally become quite good at it. Similarly, if you’ve had no education, you might not be able to read, but by forcing yourself to try, or by meeting another player who can educate you, it’s possible to learn.

Knowing how to read might not, at first, seem all that pertinent to surviving on a prison island, but it could save your (only) life. If you’re sick and looking for antibiotics, how will you be able to tell you’ve found the right bottle of medicine if you can’t read the label? It’s a good reason to team up with other players who might have skills you lack.

“We’re trying to make this fully sandbox,” Pongrac explains. “We don’t want anything to be forced, but sooner or later, players will realize that if they team up, their chances of survival will be much better, especially if they team up with players with advanced skills other than their own. It will be useful to have characters with a high medicine skill. Or cooking. Our hope is that players will create their own societies on the island.” 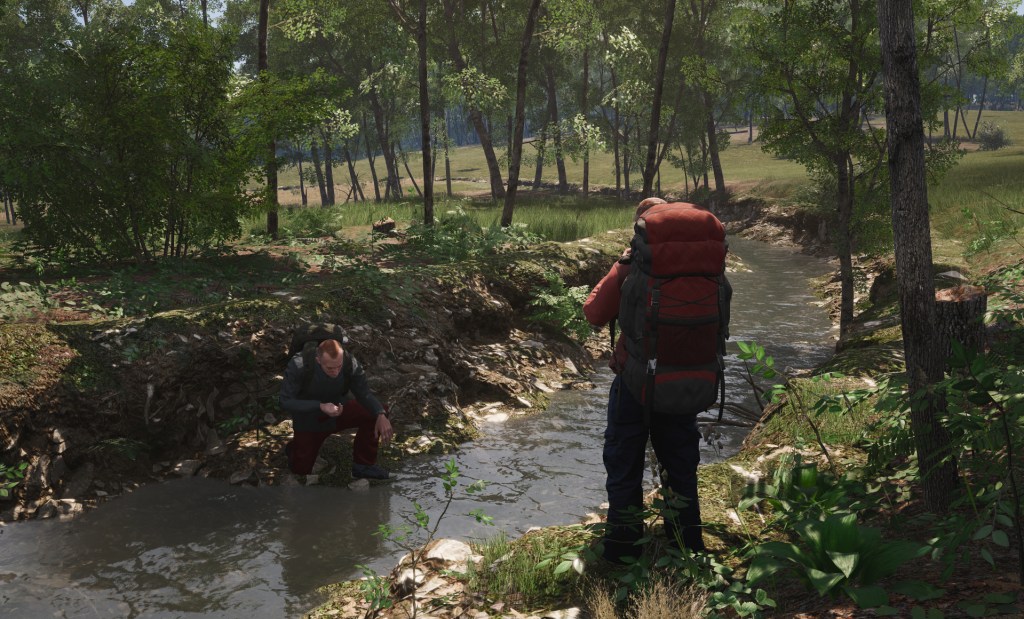 Part of establishing a society is finding a place to live, but SCUM won’t feature base construction — at least it’s not currently part of the plan. Gamepires’ reasoning is pretty straightforward: if the island is full of villages, towns, and buildings, why would you build an ugly wooden hut? So while players won’t be able to actually build a base, they will be able to take over pre-existing structures and make them safe-houses, with locked doors to protect their loot, or proper bases, complete with their own power sources and electric fences. There’s even a large prison, Levenski notes, that’s inspired by The Walking Dead.

What happens in a survival game where you’ve become self-sufficient? When you’ve overcome what is arguably the genre’s core challenge, what else is there to keep you playing? Gamepires’ answer leans into the game show conceit, with SCUM’s ratings-hungry producers trying to concoct drama and confrontations.

“If there are, say, 30 players living in peace, the game will detect order, and if nothing is happening, it will try to make more chaos,” Pongrac says. “This is something we’ll try to do later in early access. The game won’t just monitor players, it will influence what happens. If you have two major groups of players holding part of the island, for instance, and they decide not to fight each other, then the game will create missions that will target those teams, or specific people, to spread chaos.”

On the subject of the reality TV show conceit, there’s also a storyline running through the game. As well as the dynamic side missions, there will be story missions that send players into restricted, employee-only zones as they attempt to escape the prison island. What will be found in these zones, however, is still being kept under the developers’ hats, but there are always going to be things pushing players forward, or nudging them towards confrontations. These missions won’t be in SCUM when it hits early access, but players will still be able watch their characters develop via the ambitious metabolism system as they duke it out across a 64-player sandbox.

In the meantime, Gamepires is working on getting the game running smoothly on new hardware in preparation for that impending early access launch. “We’re working closely with Intel regarding game optimization,” Pongrac says. “It’s rare to find out that hardware companies are trying to help at the early stage of the game’s development to get them optimized for the newest hardware.” The studio is also preparing to transition the game to the next version of Unreal Engine 4.

SCUM will launch on Steam early access in the first quarter of 2018.