Steve Arhancet, also know by his alias LiQuiD112, has seen esports grow from its infancy over the past decade. A former professional gamer, he is now co-CEO and co-owner of Team Liquid, one of the most successful esports teams in the industry.

Esports is expected to grow from $696 million in 2017 to nearly $1.5 billion by 2020, according to market researcher Newzoo. And Arhancet is positioning Team Liquid to be one of the leaders.

We talked with Arhancet about Team Liquid’s rise and how to run an esports team. Here’s an edited transcript of our interview. 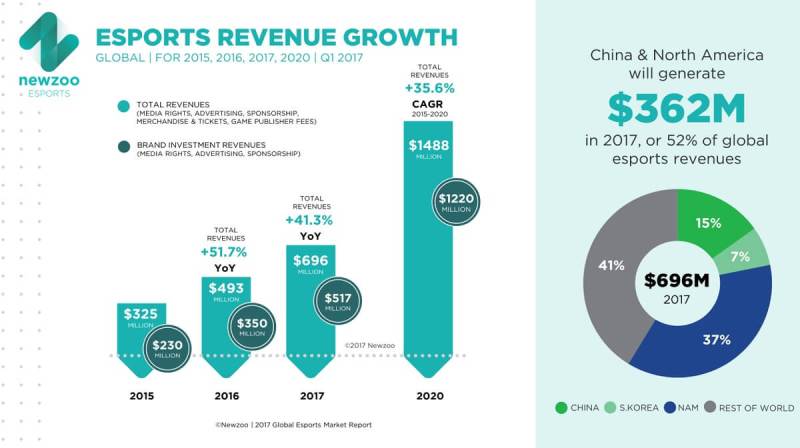 GamesBeat: Do you have some history you can fill us in on as far as Team Liquid?

Steve Arhancet: Team Liquid is an esports organization. We started about 10 years ago. It was founded by Victor Goossens. He’s based in the Netherlands. It was born out of a need for creating a community around StarCraft, which was one of the most popular esports of its time. It continued to grow from there.

I’d been running a League of Legends team and a Counter-Strike team. I merged those teams and the contracts I had with the LCS and the leagues we operated with into Victor’s brand and some of the other players he had. That was a few years ago. Since then we’ve continued to add teams and players. We now have two facilities – one in the Netherlands, where we boot camp and have office space, and another 20,000 square feet in Santa Monica where we house and train our athletes. We have 60 athletes and about 20 full-time staff, plus a number of other contractors.

We’ve consistently produced results in pretty much every major esport. We’re the third largest streaming network on Twitch. In July of last year we decided to do a strategic partnership with Ted Leonsis, the owner of the Wizards and the Capitals, as well as Peter Guber, the owner of the Golden State Warriors, and a number of other influential strategic partnerships with Magic Johnson, Steve Case, and executives from the Warriors. Since then we’ve been adding value to Team Liquid in a number of ways. That’s helped us stay one of the most competitive esports teams in the western world. 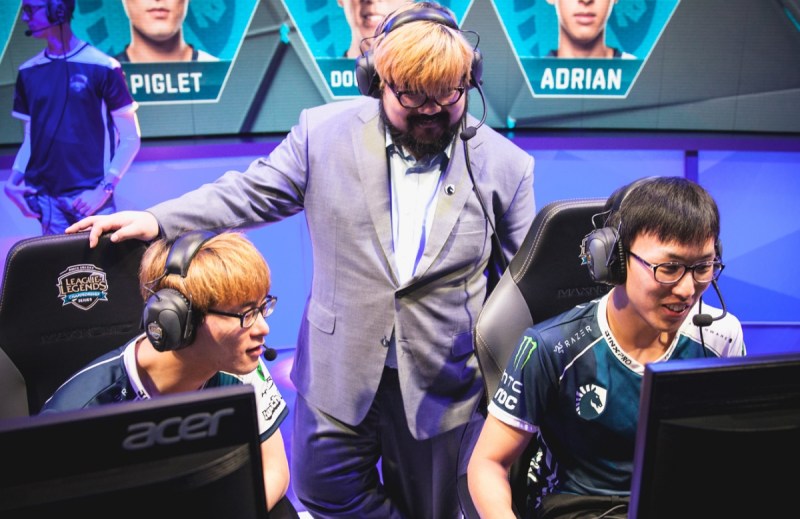 Above: Team Liquid coach with players.

GamesBeat: Have you tallied up how much prize money your teams have won over the years?

Arhancet: I do not know that number off the top of my head, but I imagine it’s pretty significant. Most recently our DOTA team did pretty well last year, and the money there is significant. Our CS team last year did phenomenally well. At the CS: GO majors we were the most sought-after sticker in the game, with the highest prize value. I’d have to go research the exact number, though. In the millions, certainly.

GamesBeat: I would guess that’s only part of the revenue that comes in, right? You have other ways of making money.

Arhancet: Most people I speak with think esports teams just make money off their tournament winnings, and yes, that’s not the case. It’s actually a low percentage of our total revenue as a team. The first is the revenue we generate from the leagues we participate in. Just like the 49ers participate in the NFL, or the Warriors in the NBA, we participate in the various leagues represented by the games we’re in – League of Legends, DOTA, CS, Smash, Street Fighter, and so on.

What’s complicated—if we’re contracted with 10 different leagues, each of those leagues has varying types of contracts that share in the media rights and sponsorships generated at the league level. The NFL sells the rights for games to be broadcast on television, as well as digitally, and the revenue from that contract gets shared with teams and players. The same is true of our sports.

Then, after that, it’s partnerships we have with companies that do advertising on our jerseys, or through digital media, social media campaigns around our teams and players. We produce a ton of content – video, graphics – that features those products and services. We also distribute that through the streaming communities like Twitch. Between all of that, those partnerships and marketing activations make up a substantial portion of our revenue. After that comes prize money, in-game items – people buying Team Liquid stickers or skins for characters – as well as physical merchandise like hats and T-shirts.

That all makes up esports team revenue. One of the main reasons why things have blown up—the thinking is that the contracts teams have with leagues they participate in will yield, one day, the kind of revenue that you expect from other professional sports. It’s like beachfront property. A certain number of teams can get in each league. It’s hard for a league to add teams after they franchise. 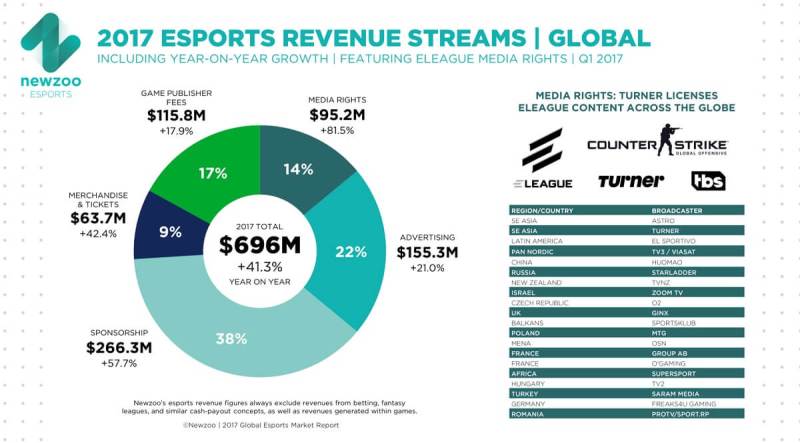 Above: Multiple revenue streams will generate a total of $696 million for esports in 2017.

GamesBeat: What are some of your observations from being at this for more than 10 years? How has it grown, and what level of maturity do you think it’s at?

Arhancet: Esports has come a long way. I remember anxiously waiting to go to the computer lab when I was a kid so I could play Oregon Trail. The days of early video games. After that, signing up for Blockbuster events, where I’d go to the video store and try to get high scores so I could get to regionals and play in these competitions that were run by MLG. During that whole time, it was a kind of underground-ish ecosystem. A lot of people played video games, but you didn’t yet have a lot of people watching other people play video games.

What ended up happening was video games went from being mostly single player to multiplayer. They started being played online. The cost of bandwidth went down and the technology in games advanced. That yielded fun competitive multiplayer games that could be played online, and also broadcast online for other people to see in HD. When you had the convergence of all those things, you had a spectator sport. People enjoy watching a game as much as they do playing it.

Once that happened, then you saw the financial support to sustain an ecosystem around competitive video gaming. Now you had broadcasts of game tournaments that were being seen by millions of people. More people than watch the NBA or NHL finals. It was all just being broadcast online for free. You had these massive numbers and everyone was saying, “What is this? Is this even real?”

It got to a point where you had so many people watching that you got advertisers and marketers coming in. You had advertising on pre-roll and mid-roll and custom activations and teams and sponsorships. All this funneled into an ecosystem around successful titles that became competitive esports.