Humans possess an insatiable desire to create, to build, and to shape the world around us. Examples span from rudimentary cave paintings, to the invention of language and written word, to art and music, all the way up to today’s globally connected existence where we encounter a constant flow of information across the world from the moment we wake up to the moment we fall asleep.

As a game developer dependent on my own creativity to make a living, I feel exceedingly lucky to be alive during a time when there are so many options for creative expression. If we want to (and we often do), a new idea that sparks into existence in the morning can become a working prototype by the end of the day, thanks to powerful game engines like Unity and Unreal. What’s more, even our most ambitious, outlandish ideas — say, building an entire virtual universe capable of connecting people from all over the world in a shared metaverse — are possible to build in a matter of months using these low-cost, out-of-the-box tools.

I’m drawn to the place where disruptive technologies and emerging platforms are creating new venues for interactive entertainment and changing the definition of what a video game can be. A decade ago, holding an iPhone in my hand for the first time, I felt sure we were on the verge of an entirely new category of entertainment products. I founded a company to pursue the opportunity. A year later, we launched Words With Friends and validated our hypothesis: that these new mobile platforms would give rise to an entirely new audience, people who didn’t even consider themselves gamers but were becoming hugely engaged in bite-sized social entertainment on their mobile phones.

Today I see another emerging category of entertainment products that are evolving the definition of what a video game can be. In this case, it’s the democratization of creativity and the rise of the “amateur creator” at the heart of this revolution. There are obvious examples of this phenomenon everywhere these days — everyday folks becoming famous on platforms like YouTube or Instagram, for instance. And this kind of thing is happening in all forms of entertainment like music, film, writing; any creative work is now increasingly accessible to anyone. You no longer need advanced degrees, access to expensive equipment or approval from a small group of gatekeepers. You can teach yourself virtually anything and, if you’re talented enough, your ideas and your creations can reach an audience of millions, sometimes overnight.

This is just as true in the gaming industry, although it’s only really gotten started in the last decade. Indie games are popping up everywhere, and in some cases they’re just as good as if not better than traditional blockbuster games. And the rate of new games being released is exploding. 38 percent of Steam’s entire game library came from releases in 2016 alone.

And it’s not just traditional game developers and entrepreneurs getting involved — it’s players themselves, who are increasingly interested in taking control of the games and genres they love, modding, extending and shaping new experiences to share with others. The past few years have given rise to modding communities with millions of contributors. Entire marketplaces have sprung up that cater to player-driven economies with content created for popular games. Fully embracing this philosophy requires a new worldview, a different way of looking at IP creation and stewardship. There are plenty of examples of IP owners fighting to keep control, almost always to their detriment in the long run. It’s a losing battle and invariably those creators ultimately end up fighting against their own fans.

The progressive, “open-sourced IP” view of the world welcomes and embraces creators, remixers, and modders. It is an incredibly powerful driver of retention and engagement. It leverages the unlimited passion and enthusiasm of the fans, taps directly into the inherent sense of ownership we all have with the brands we love. This worldview has the potential to make our products even better and give them a longer life than they ever could have gained with us — the IP originators — as the sole gatekeepers.

There’s no video game genre where this phenomenon is more relevant than sandbox games. Just over seven years ago, a small indie game popped out of nowhere to become a worldwide phenomenon: Minecraft. Minecraft would never have achieved this success without the support of its massive community of modders, who took the original game as a starting point and built a breathtaking variety of experiences that cater to a multitude of players — everything from PvP combat arenas to lobbies where people can just hang out with friends.

Modding is certainly part of the reason why games like Minecraft, Roblox, Garry’s Mod and other sandbox games are so popular. But underneath that explanation is something deeper. Games like this are the closest we’ve come so far to empowering anyone to create whatever they can imagine. Every single player becomes a creator. These games fulfill that innate human desire to create and to share those creations with others. They literally turn that desire into the core mechanic of the genre itself. Legos, the most popular consumer toy in the world, of course operates on this exact same principal. 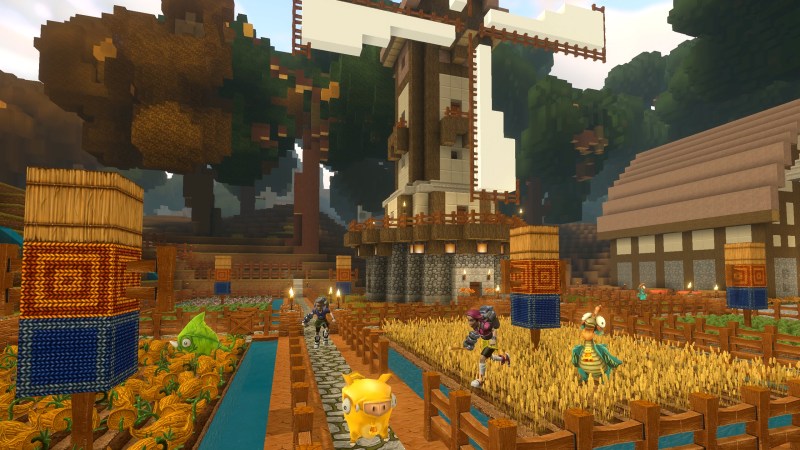 And the things people have created are beyond anything we could have imagined. This is something I’ve witnessed firsthand while developing Creativerse, a sandbox game we initially launched in Early Access on Steam a few years ago. We set out with a very transparent goal of involving our community as much as possible in the game’s development. That community now surprises us on a daily basis with the new ways they are finding to play the game and make it their own. This has been so influential on our team that we have essentially shifted course from building an adventure game set in a sandbox world to building a sandbox world where people can make their own adventures and tell their own stories.

This emerging pattern in the gaming industry suggests what the future of creativity holds as technology increasingly invites new audiences to become creators themselves. It’s the same disruption you can observe in any place where this has happened — especially entertainment categories such as film, television, music, and now video games. These are places where the barriers to creation, distribution and sharing have come down and new categories of products and platforms emerge to empower enormous communities of amateur creators.

There’s plenty of uncertainty and disruption in this vision of the future, but there are also anchors in the storm. Humans will always have a thirst to create and share their creativity with the world. The most successful creators will always be those who understand on some level how best to connect to an audience. We will consistently do our best work when standing on the shoulders of giants who’ve come before us. And when we are willing to share openly in this joyous act of creation with our audiences, when we fearlessly encourage them to join us and become creators themselves, we will find an even greater connection with our fans, and with each other.

Paul Bettner is the founder and CEO of Playful Corp., the studio behind Creativerse, a sandbox game on Steam with more than 3 million players.