PlayerUnknown’s Battlegrounds is in a perpetual state of transformation. When you load it up tomorrow, it will have the same name and premise, but it is something new. That’s the way live-service games work, and it’s what keeps them interesting. And while huge updates that introduce new maps are great, I have a lot more fun with the patches that change up the smaller details.

The latest update to the battle royale shooter goes live tonight, May 2, after some downtime for the servers for maintenance. PUBG will go offline at 7 p.m. Pacific (10 p.m. Eastern), and it should come back after four hours. That’s when “Update #12,” as developer PUBG Corp. calls it, will unleash a number of major changes.

This patch introduces some new features:

One new thing that isn’t in this update is Savage, the third, smaller map that PUBG Corp. was testing on its experimental server last month. Savage is still early in development and will need a lot more testing and polish before it hits the live servers.

But it’s not the new features that I’m most interested in — although I plan to do some role-play as Hunter S. Thompson in that convertible Mirado. It’s the tweaks to the weapons that make PUBG feel so different. 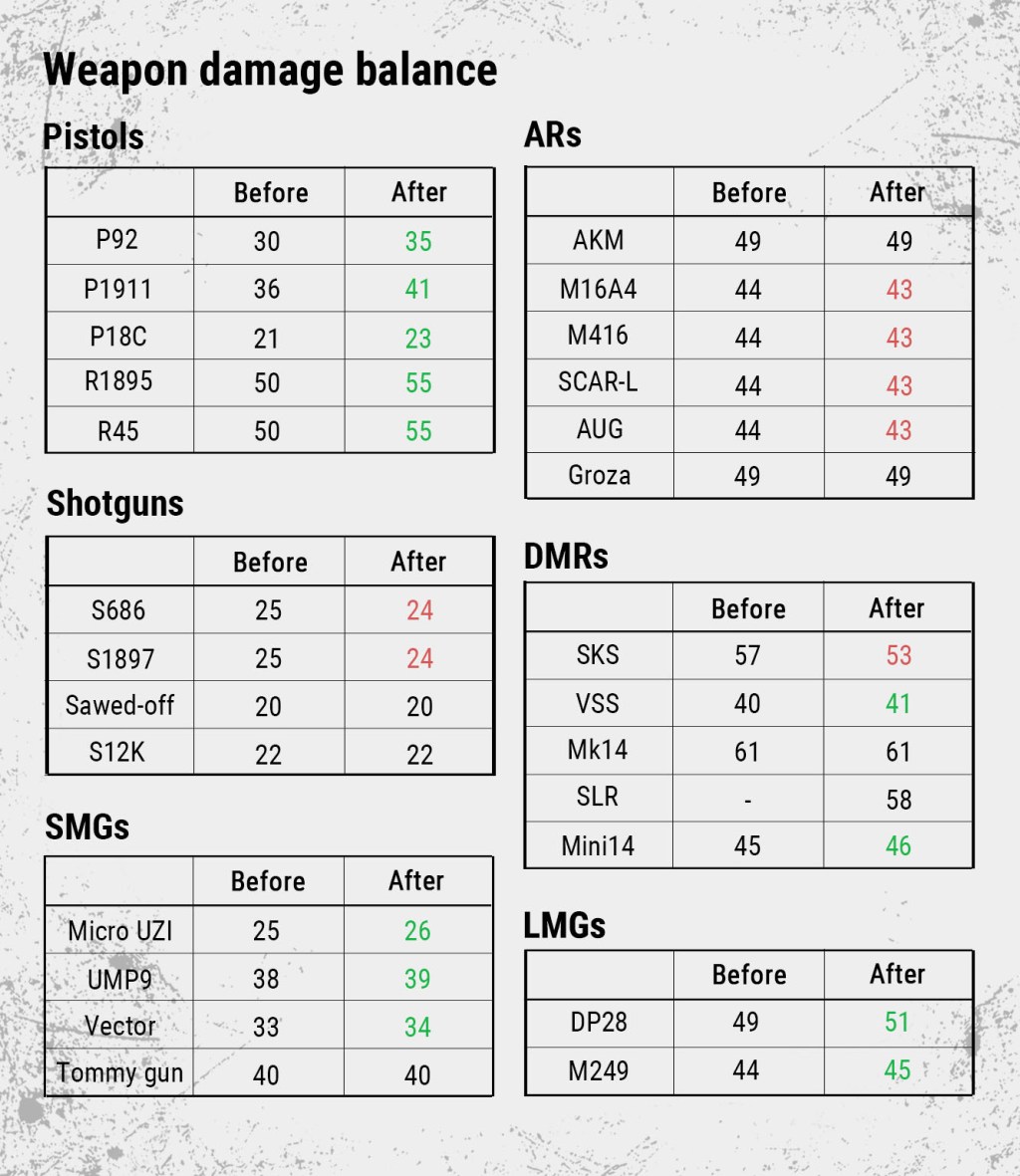 PUBG Corp. has buffed the damage for every pistol, most SMGs, and a handful of other guns. The studio has also lowered AR effectiveness across the board slightly. You can see all of the tweaks in the changelog.

I’ve messed around with this updated version of PUBG on the test server, and I think this patch does a great job of changing things in a way that makes sense. I needed time to get use to the ARs again, but that’s not because they now feel bad.

At the same time, pistols finally feel viable. The .45-caliber P1911 does quick work of enemies now with its base of 41 damage. I feel a lot more confident in the early part of a match after finding a pistol.

I’ve also loved experimenting with the new grips. That even carries beyond the game to YouTube tests and other similar breakdowns. I’ve had a lot of success with the new Thumb Grip on a SCAR-L, but I haven’t had a lot of time with the Half Grip that looks like a massive improvement.

And this is the joy of these kinds of games. They go through changes, and you get to change the way you play them. And yes, it’s sad when the game you remember is gone, but it also makes every match feel like a special moment in time.