Twitch is getting a new chief operating officer and some new vice presidents to help it continue to develop and launch community products on a steady schedule. The company, which now calls itself a “social video service,” wants to keep its lead in broadcasting live video to the internet, and its new leadership is coming in to provide more tools to keep content creators and their audiences engaged. 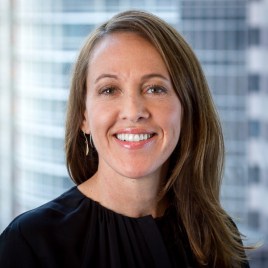 The new executives include three hires. Sara Clemens is the biggest of those as she will overtake the role of chief operating officer after her time as COO of music-streaming platform Pandora. Twitch is also bringing in Mark Weiler (former Rubicon Project head of engineering) as its head of platforms and services and Amir Shevat (former developer relations boss at Slack) as its vice president of developer experience. In 2017, Twitch introduced a number of new features like achievements and subscription gifting. In 2018, Twitch wants to do even more.

“Twitch has continued to grow at an amazing rate,” Twitch chief executive Emmett Shear said in a statement. “With our focus on listening to our community and providing the products and services to fuel their success, it’s important that we continue to invest in a leadership team that will ensure we are bringing these things to market in a timely and effective manner. To that end, Sara Clemens, Mark Weiler, and Amir Shevat are all recognized leaders in their respective fields and extend Twitch’s role as a leader in social video.”

Clemens comes from Pandora, where she worked as COO. She landed on Billboard’s Most Powerful Women in Music in 2015 and 2016 for helping the streaming-music service connect musicians with their fans. Clemens has also spent time with LinkedIn and Microsoft’s Xbox team.

“Brands with a creator-first ideology have the greatest potential for success because they are driven by the customer, not competitors,” said Clemens. “Twitch is a uniquely creator-centric company as demonstrated by the level of social engagement on the service. My goal is to apply my global experience from the technology, gaming, and entertainment industries to optimize how the teams at Twitch work together to further the brand’s mission of enabling creators to connect with fans and build amazing real-time experiences.”

Former Twitch COO Kevin Lin, who cofounded Twitch, is shifting into a new role where he will build out the company’s original programming.

Clemens experience at Pandora explains why Twitch is turning to her. The company’s keys to growth are figuring out ways to maximize the exposure between audiences and their favorite broadcasters. That’s what is important to Amazon’s livestreaming platform at the moment. Clemens oversaw a similar strategy at Pandora, and she could unlock some of that potential at Twitch.