Valve updated its Hardware & Software Survey today for March 2019 today, revealing that more than two in every three gamers on its Steam PC gaming community and store are now using Windows 10. The latest and greatest from Microsoft isn’t even at 40% market share, but gamers are early adopters: On Steam the figure is now at 67.15%.

In its first month, Windows 10 adoption on Steam passed Windows 8, Windows Vista, Windows XP, Mac OS X, and Linux. After two months, Windows 8.1 was also conquered, and 10 months in, Windows 7 was dethroned. While it took six months for one-third of Steam users to adopt Windows 10, it took another 37 months for the second third to follow suit. 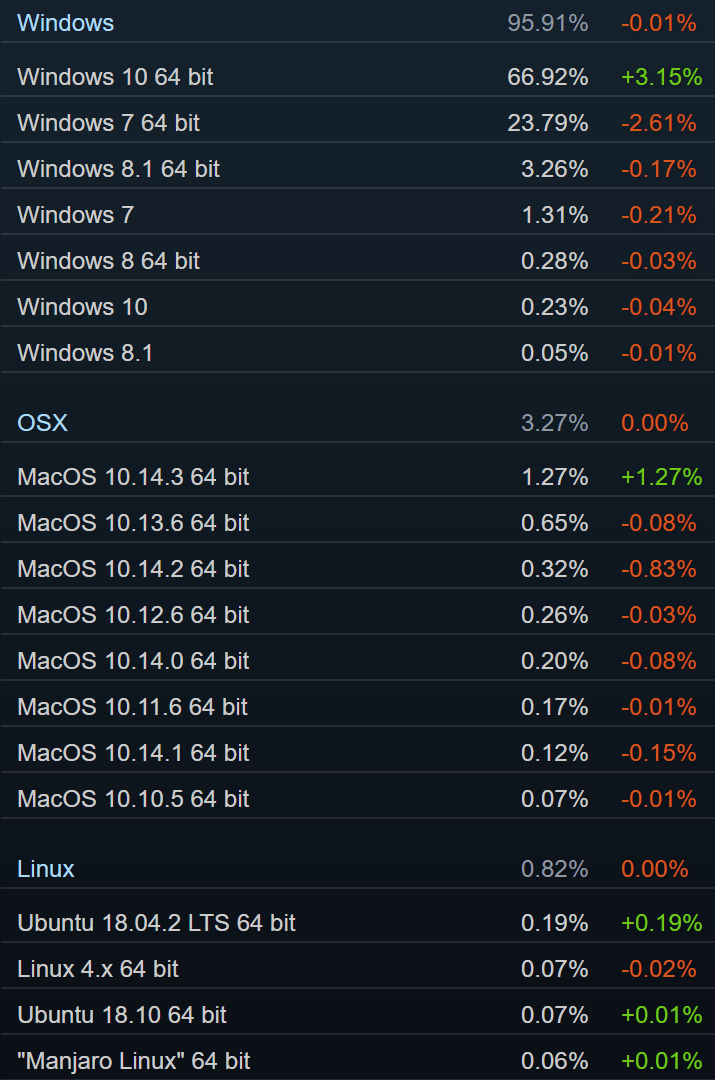 Between February and March, Windows 10 jumped 3.11 percentage points — a big increase compared to previous months. These gains have to come from somewhere: Windows 8.1 slipped 0.18 points, Windows 8 dipped 0.03 points, and Windows 7 fell 2.82 points. On the whole, Windows still dominates Steam with over 95% share. Mac and Linux were both flat in March. While the three operating system families tend to fluctuate from month to month, Windows stays above the 95% mark on Steam.