Many consumers made it clear in 2015 that they don’t want to pay for mods on Steam for games like The Elder Scrolls V: Skyrim — even though many players very much want to continue using and enjoying that content. So to encourage more development in this space, Ark: Survival Evolved developer Studio Wildcard is going to start paying mods itself.

As part of its newly announced Ark Sponsored Mod program, Studio Wildcard will hand select certain mod creators that will receive $4,000 per month to continue working on that content. I spoke with Studio Wildcard cofounder and lead designer Jeremy Stieglitz and community manager Cedric Burkes about why the developer started this program, how it will choose who to support, and how it thinks about modding on this week’s GamesBeat Decides podcast.

“It’ll be 15 mods per month for now, but we may expand it if this is successful,” said Stieglitz. “It’ll be determined each month, so if a mod drops in quality or the author is no longer working on it — we have the option to stop including them. But our goal is to have a lot of consistency.”

Listen to the interview as part of the GamesBeat Decides podcast below:

The point of this program, however, is that mods are still free to Ark players. Creators are getting awarded for high-quality community add-ons for the game, but you won’t have to pay for it directly.

“This is just a back-channel method for us to help some of these really talented authors to spend more time making Ark,” said Stieglitz. “Part of the reason for doing this is mods have been a tremendous benefit to Ark. We have, on PC, over two-thirds play on servers that are running mods. Every player hosted server — almost 100 percent — are running a variety of player-created mods.” 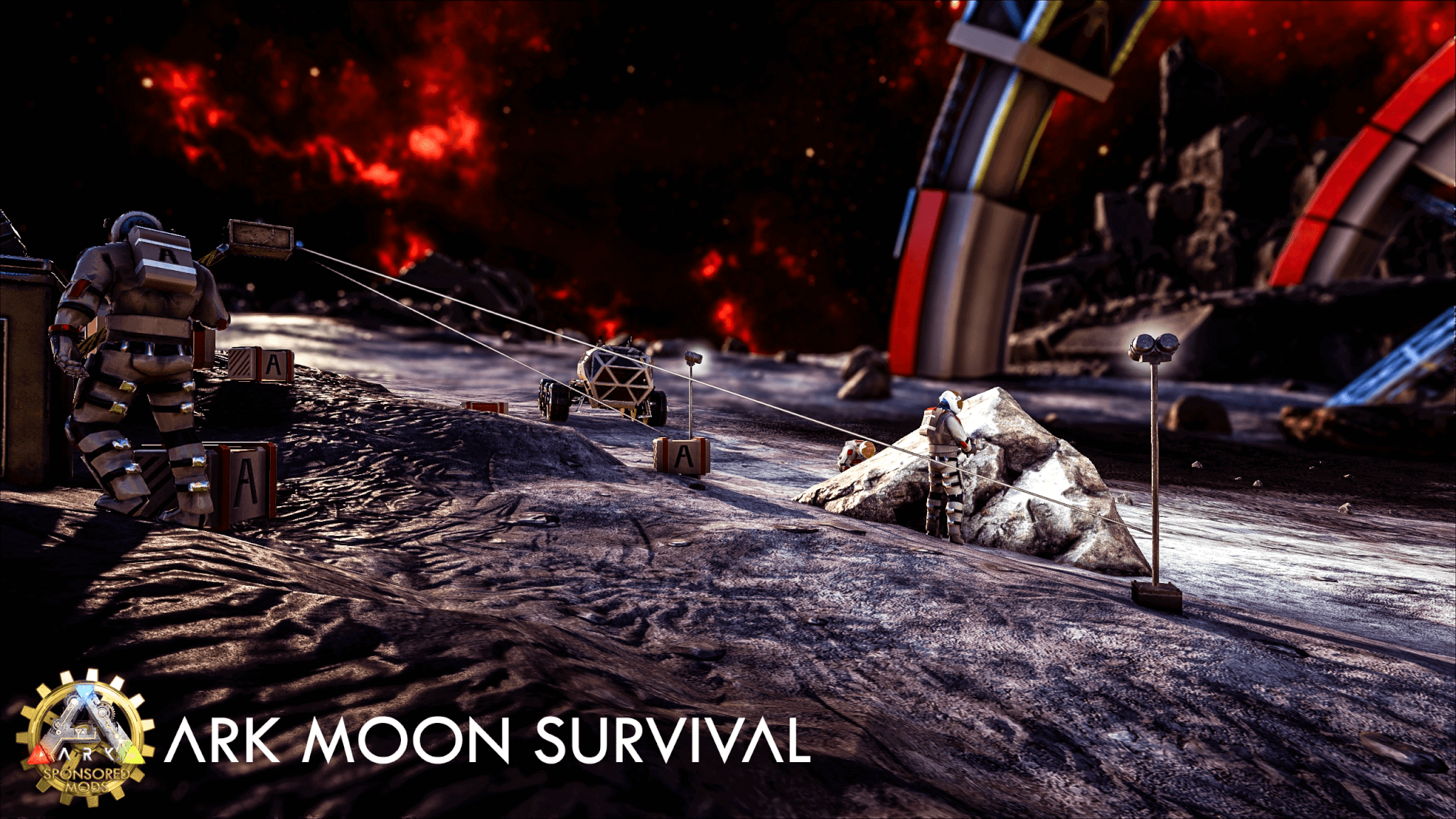 Above: Ark on the moon!

Stieglitz explained that these mods have benefitted the players, the game, and the developer, and he implied that it was only fair that the best get some part of the reward for contributing to the success of Ark. When Valve and Bethesda tried to bring the option for creators to sell their mods for Skyrim on Steam directly to consumers a few years ago, the community lashed out at that concept. That led to Valve pulling the plug on the concept, and now Studio Wildcard is trying another way to reimburse community authors for their time — even if the Ark developer agrees in theory that consumers paying for mods is a sound idea.

“We were very close to trying to implementing [mod authors charging players] for Ark,” Stieglitz explained. “And I’m hugely for it. It gets at the root of the dilemma where there is no mid-way point in learning to make games. You’re either working for free or you’ve maxed out your credit cards and jumped into the deep end. It would be nice if there was some less-risky alternative. Paid mods really could provide that. The problem is that when we got into the details, the economics weren’t viable for Ark specifically. The reason is because you don’t play Ark by yourself. You join a server and play with a hundred other people. And those servers can often run five mods or up to 30, and at that point — we started asking, ‘does the server buy them or do the players buy them?'”

Either answer presented problems. If servers buy the mods, there’s only about 9,000 of them. That’s not a huge market. If players buy them, will they get locked out of certain servers because they don’t have the right mod?

“It might be right for some other game, but it doesn’t make sense for Ark,” said Stieglitz.

“This fits in the trend of the space between pro development and modders getting shorter,” said Stieglitz. “There’s not a lot of space there between a modder and someone who is working at a studio. The only difference a lot of the time is that one is being paid for their work and the other isn’t.”

Well, now, with Ark’s Sponsored Mod program, a few more may end up getting paid after all.