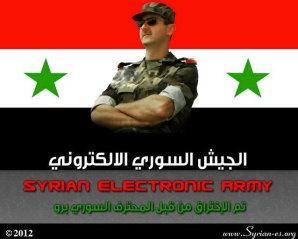 Arabic-language news network Al Jazeera‘s website was hacked today by a Syrian hacktivist group in support of the government’s actions in the country.

Al Jazeera hosts a live blog called “Syria Live Blog,” which follows the minute-to-minute events taking place in Syria, including violence and various deaths in the region. The content for the live blog is delivered from various sources and often reads like a causality list.

“People continue to take to the streets across Syria, while the uprising is becoming increasingly militarised. The UN says more than 5,400 people have been killed since the uprising began in March. Meanwhile, the government blames “armed gangs” for the unrest and says more than 2,000 members of the security forces have been killed. We bring you the latest news from various sources.”

The Syrian Electronic Army is a collection of young Syrians, angry about the way the media and other sources are portraying the fighting in their country. They call it a “massive distortion of facts,” and are particularly upset by the way news of the revolution is distributed on Facebook. In their early days, the group began to spread the message that this was not a Syrian revolution but instead an “armed insurrection” on social media. They soon turned toward traditional media and decided that these trusted news sources had “political agendas.”

As Ars points out, the hacktivist group’s website is hosted on servers owned by the Syrian Computer Society, which Syrian President Bashar al-Assad lead before becoming president.

The Syrian Electronic Army posted a photo of Assad super-imposed over the Syrian flag with the group’s name below it. Text on the post read, “You got hacked again by SEA. We want Bashar al-Assad.” A photo of the defaced site can be seen below. 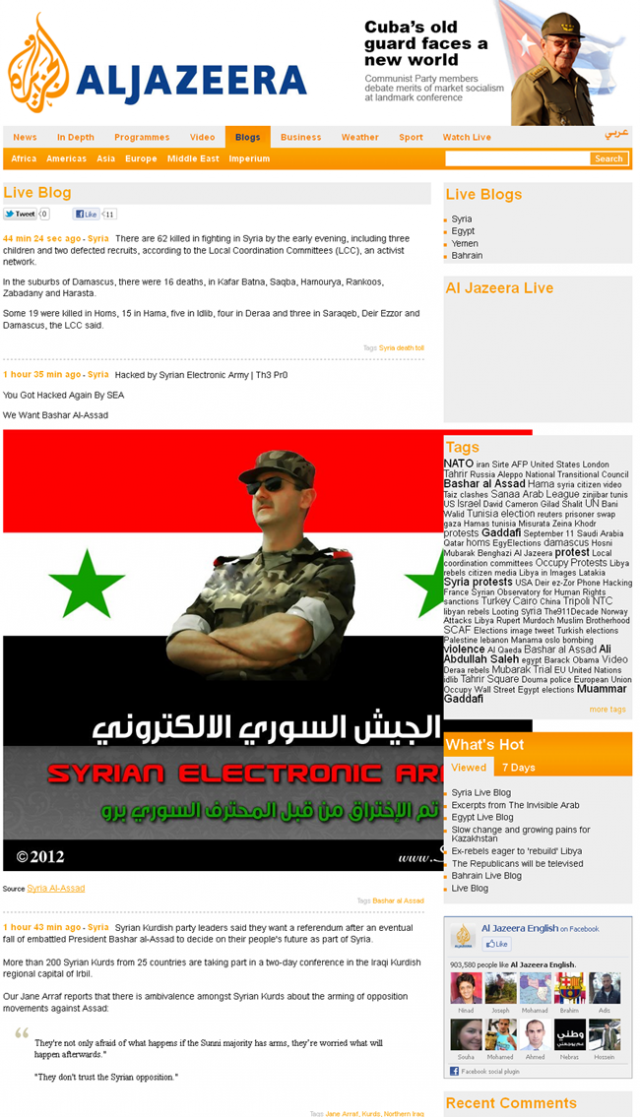