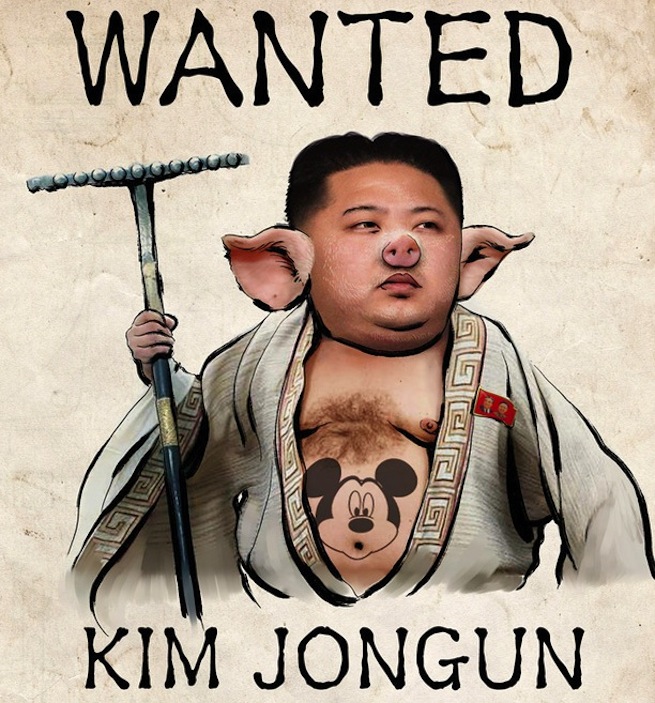 Anonymous’ efforts are in part due to the North Korea government’s (led by dictator Kim Jong-Un, parodied above) oppressive stance on allowing citizens to access the Internet, among other things. But the hacking was probably sparked by North Korea’s recent threats to attack the U.S. and South Korea.

The Uriminzokkiri website appears to be experiencing a Distributed Denial-of-Service attack (DDoS), and the country’s official Twitter account now features a “Tango Down” avatar and has stopped tweeting. Anonymous also compromised the country’s Flickr account, and it uploaded a handful of images poking fun at Jong-Un.

While North Korean government doesn’t deserve an ounce of sympathy, I really don’t see the relevance of this attack on its online presence. The government already doesn’t allow citizens to get on the web, and the country isn’t exactly sociable with the majority of the international community. The attack also comes a month after Google chairman Erik Schmidt met with Jong-Un about opening up the Internet for the greater good — something that seems to have made at least a slight impact. Still, when you treat you’re citizens like crap, you’re asking to be bullied by groups like Anonymous.

Via The Guardian; Photo via Anonymous