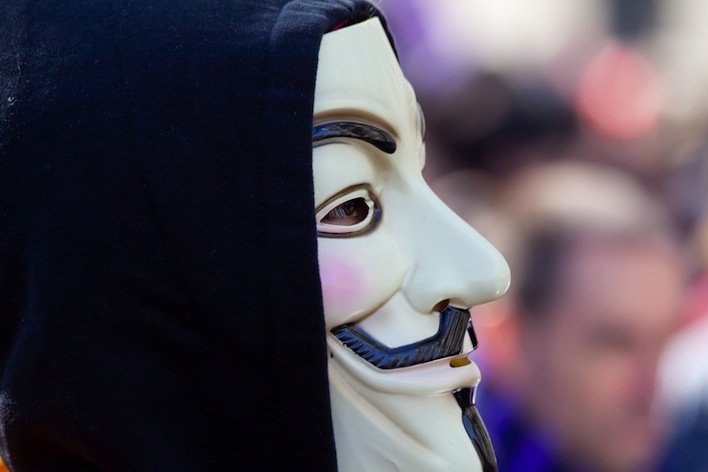 Where political discord exists, Anonymous will be there. The hacktivist group went after Israeli websites last night after the Israeli Defense Forces began live-blogging and tweeting its attack on Hamas in the Gaza Strip.

Anonymous, which often makes its point by taking down websites, aimed distributed denial of service attacks what it claimed to be 40 Israeli websites, according to the New York Times. A DDOS attack knocks a website offline by sending a rush of traffic to the site’s servers, eventually causing it to overload and collapse. The group posted about its efforts on Pastebin, where Anonymous often announces and updates the public on its attacks, in a post called “OpIsrael.”

“Anonymous does not support violence by the IDF or by Palestinian Resistance/Hamas,” the group said in the announcement. “Our concern is the for the children of Israel and Palestinian Territories and the rights of the people in Gaza to maintain open lines of communication with the outside world.”

The New York Times notes that while Anonymous claims to have taken down up to 40 websites, it was likely only successful in taking down a few.

The Anonymous action might have also stemmed from IDF’s use of social media during its attacks. Yesterday, the defense force used its blog to post videos and photos of the attacks, including a video that reportedly shows a car carrying Hamas military leader Ahmed Jabari being blown up. IDF later tweeted a photo of Jabari with the word, “eliminated” superimposed over him.

Today, IDF added a Foursquare-like badge system to its blog, supplying “IDF ranks” for different levels of interaction a visitor has with the site.