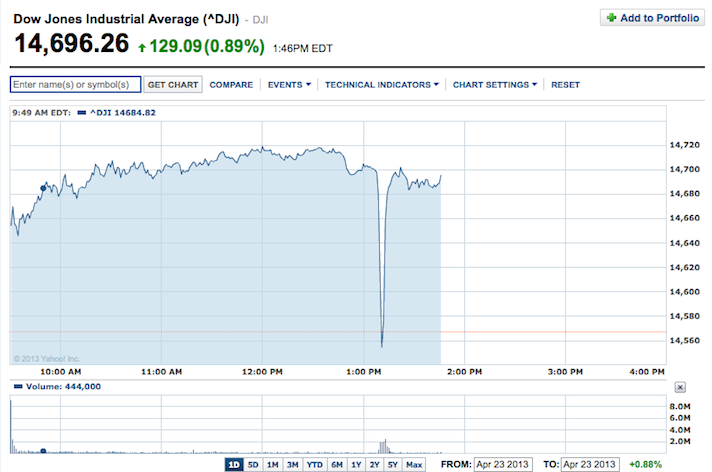 The Associated Press Twitter account was hacked moments ago. The Syrian Electronic Army, which has been on a spree of media hacks and claimed responsibility for this attack, sent out a tweet claiming that the White House had been bombed through the AP’s Twitter account. This is not the case. 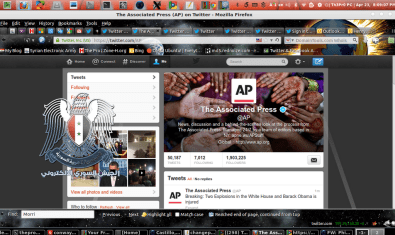 “The AP Twitter account has been hacked. That tweet you saw about the White House is untrue and we’re looking into it now,” AP director of media relations Paul Colford told VentureBeat in a call.

It looks like the Syrian Electronic Army, the same hackers who hacked into CBS and NPR in the past month, has it out for American publications. The group tweeted a picture of the bogus tweet sent out on the AP’s official account. It reads:

“Breaking: Two Explosions in the White House and Barack Obama is injured.”

The group of hackers often attacks publications based on their coverage of the situation in Syria. The official AP twitter account is currently suspended.

It seems the Dow Jones stock exchange reacted fairly quickly to the hack as well. A chart tweeted by Owen Callan, a fixed income dealer, shows that the market fell about 1 percent for 1 to 2 minutes following the bogus tweet. You can see a similar chart in the image above.