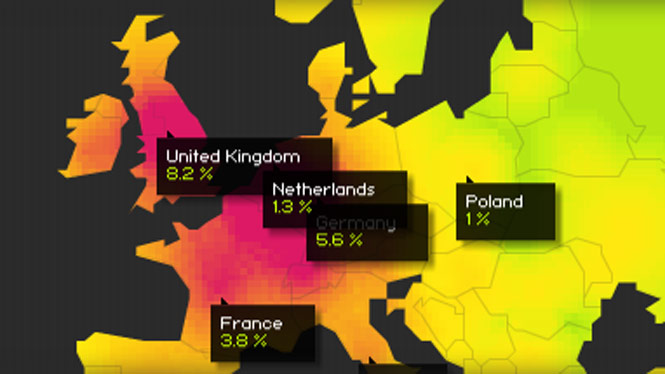 Have you noticed that the global Internet is slowing down as it experiences its “biggest-ever” attack by hackers flooding the web via distributed denial of service attacks (DDOS)?

That hasn’t stopped the BBC from claiming “Global Internet slows after biggest attack in history,” or the UK’s Independent from saying that “Internet services across the world have been disrupted” with “millions of web users” not able to access service like Netflix.

According to the Internet Traffic Report, everything’s fairly copacetic. Response time has been pretty steady for the past 30 days, with no discernible dip in the past week, and packet loss globally has remained steady at almost zero:

Above: Internet traffic doesn’t seem very disrupted in the past month or week …

A quick check of InternetPulse shows that the U.S. Internet is all healthy, with sub-90-second latency in response times across the board today: 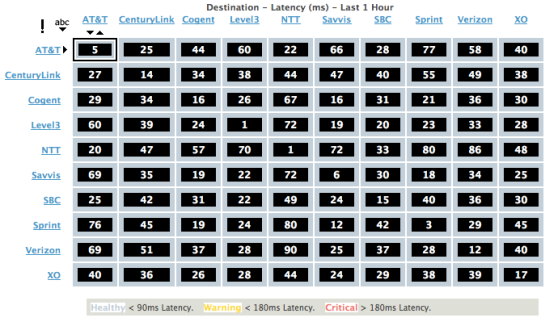 It’s not until we check Akamai’s global real-time web monitor that we see what the problem is: congestion is up in two general areas. Those would be the UK — where the BBC lives — and Germany/Netherlands, where a local fight is on between a controversial hosting provider, Cyberbunker, and a spam-fighting filter service, Spamhaus.

Essentially, it appears that Spamhaus blacklisted Cyberbunker for allegedly distributing spam, and friends of Cyberbunker then attacked Spamhaus’ servers with up to 300 gigabytes/second of data. That’s an enormous amount of data, and it constitutes the biggest-ever DDOS attack. It’s clogging the interweb’s tubes in at least a few places but not, apparently, all over the world.

Little hint to the BBC and others: Western Europe is not the world.