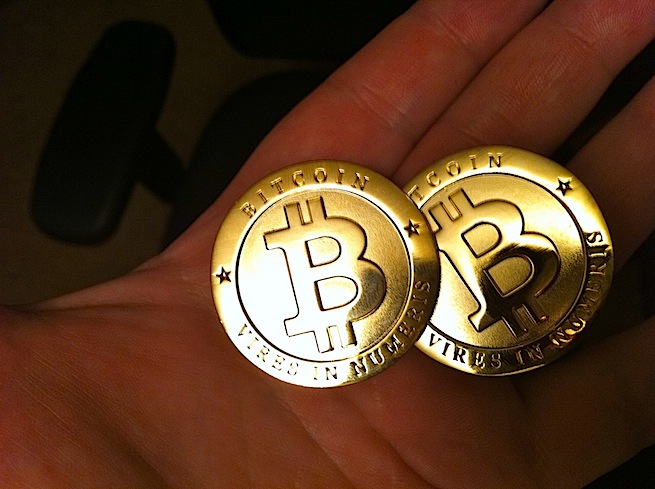 Sometimes a hack has unexpected outcomes. Today, a hacker who claims to have obtained Mitt Romney’s tax returns is demanding a ransom of $1 million in Bitcoins. The hacker probably didn’t expect to improve the market for Bitcoins, but that’s exactly what happened, as the value of Bitcoins spiked about 6 percent today, from $10.40 per Bitcoin to about $11 per Bitcoin at the end of the day.

Bitcoins are an electronic currency unregulated by any central authority. Users are self-policed and receive instant payments of Bitcoins through an encrypted process that verifies each transaction and does not allow it to be undone. Bitcoins are difficult to exchange for actual dollars, but are otherwise a very private way of exchanging cash. This makes the currency preferable for those who don’t wish to be identified.

Like any currency, the value of Bitcoins fluctuates based on the sentiment around its strength. After the news Tuesday that a hacker stole $250,000 in Bitcoins, the currency dipped into the red, and went up and down throughout the day. The movement didn’t make that much of a difference to the overall price. Today, however, a hacker sent letters to the Democratic and Republican party offices with a USB drive claiming to have stolen Mitt Romney’s tax returns. The hacker demanded $1 million in Bitcoins as a payment for silence, causing a dramatic spike in the currency’s value.

The chart above shows that as the news hit, Bitcoins spiked dramatically. This is likely because the idea of $1 million in new Bitcoins entering the system is attractive to users and potential investors.

One Twitter user, @McBill notes, “I would think theft would drive price down. Ransomers demanding them makes them seem legit, spikes demand, price [goes up].”

Ah, the things that restore faith.