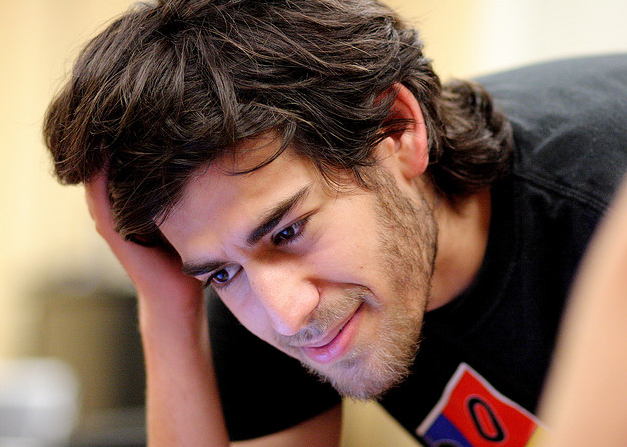 If convicted of the crimes for which U.S. Attorney Stephen Heymann was prosecuting him, Reddit co-founder Aaron Swartz could have gone to jail for 30-35 years. But it was probably the waiting, uncertainty, and personal attacks that did more damage, according to hacker and convicted felon Stephen Watt.

“Prosecutors do not acknowledge nuance,” Watt told me today. “They turn everything into a very clear-cut moral issue, where everything is nicely packaged into a premeditated act.”

Swartz, of course, downloaded almost 5 million academic articles from JSTOR, a nonprofit that provides access to academic journals. It was probably illegal, although JSTOR decided not to pursue legal action. Heymann did, however, and very aggressively. Swartz, who had a history of depression, committed suicide just five days ago.

“If you look at the sorts of cases that [Heymann] prosecutes, he does seem to very much enjoy being the first one to accomplish something in a legal sense,” Watt said. “He seems to push the envelope … and I have certainly heard the word ‘bully’ used to describe Heyman. It was a common label.”

That’s something that legal activist Lawrence Lessig highlighted on his blog post about Swartz’s suicide as well.

Watt was convicted of helping a criminal group steal 40 million credit cards from TJX and various retailers after creating a data-sniffing software tool for his best friend. According to Watt, he wasn’t in the conspiracy and didn’t know exactly how his software would be used; he just shared it, as is common in the hacker/cracker community. And he didn’t receive any of the ill-gotten gains.

“I acknowledge I’m a much less sympathetic character, simply because of the company I kept,” says Watt, a fitness addict who now runs a sports supplement store but is still negotiating with his probation officer over whether he can use computers. “What I do know is that in both cases you have actions taken by the defendants which are not in any way criminal … and actions which are not overtly criminal need to precipitate a much more nuanced investigation, and a much more appropriate sentence.”

When it comes to Aaron Swartz’s case, Watt says that prosecutors used the same damage and punishment matrix they had used for him. Based on the number of files and the calculated damages, Swartz was facing half a lifetime in jail and a million-dollar fine.

“But if you look at Aaron’s history, any reasonable person would assume he was not going to sell this information … he wanted to free this information,” Watt told me. “And yet you have this insinuation that he might have wanted to profit from it.”

When Heymann spoke in court about Watt, he highlighted Watt’s supposed “sociopathic tendencies” by finding quotes from Mike Tyson and the movie Fight Club on Watt’s MySpace page, he told me, insinuating that Watt had created his data-sniffing code as part of an attempt to “bring down the end of the country’s financial institutions.” Then, in closing comments, Watt says that Heymann said that he was “not someone to feel sorry for,” had enjoyed a “privileged background,” and that “his parents had read to him as a child.”

That kind of take-no-prisoners prosecution, Watt feels, contributed to Swartz’s suicide. And it’s something that doesn’t advance the pursuit of justice.

“In both situations there was a very compelling case that nothing illegal had been done,” Watt said to me. “To face those sorts of overwhelming odds … it’s just not justice.”

Watt, who will be speaking about his experiences with the law in April at Infiltrate 2013 in Miami, says the waiting is the hardest part.

“When I think of the stress that Aaron was feeling … that was absolutely the most psychologically debilitating time of the process,” he says. “It’s worse than being behind bars: You’re in limbo, you’re unable to work, and you’re financially hamstrung.”

Jonathan James, one of the other hackers investigated in the TJX investigation for which Watt did time, committed suicide, leaving a note that said in part:

I have no faith in the ‘justice’ system. Perhaps my actions today, and this letter, will send a stronger message to the public. Either way, I have lost control over this situation, and this is my only way to regain control.

There is a petition up on WhiteHouse.gov to fire Assistant U.S. Attorney Steve Heymann. It currently has 7,969 signatures and says:

We should not destroy the lives of human beings for crimes against computer systems that harm no one and provide no benefit to the perpetrator. Such actions should be treated as forms of protest and civil disobedience. To prosecute these actions the same as rapes and murders is a savage abuse of the criminal justice system which continues to destroy the lives of peaceful, productive members of society.