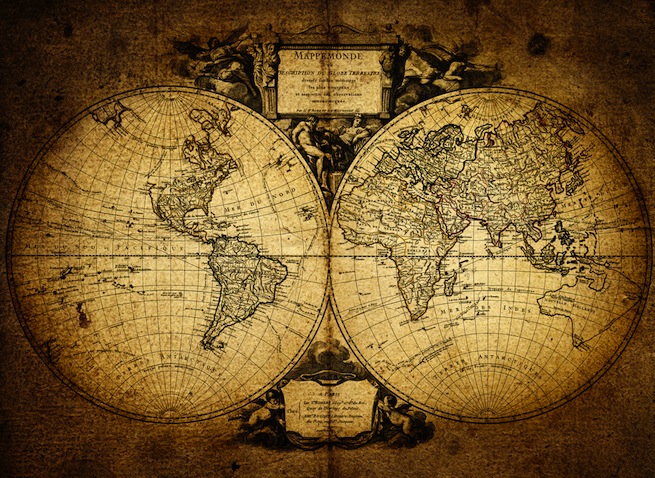 Your neighborhood may seem clean and safe when you step outside, but in the midst of birds chirping and friendly waves, you could be living in cyber security hell.

Security company Sophos released its Security Threats in 2013 report, which included analysis of which countries are the most at risk when it comes to malware and spam. Specifically the company looked at blackholes, or “prepackaged software kits,” that live on an infected server. They then scan your computer for known vulnerabilities and exploit those holes to put viruses your computer. 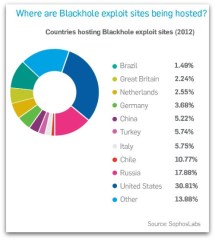 Countries at the highest risk for contracting blackhole-delivered viruses include United States with 30.81 percent of hosted sites identified as being blackhole exploits. Russia follows with 17.88 percent, Chile with 10.77 percent, Italy with 5.75 percent, and Turkey with 5.74 percent. See the image to the right for the full list.

Oftentimes people associate the bulk of viruses and malware coming out of Eastern Europe, but it’s easy to believe that the United States is a big target for these kinds of attacks. The U.S. also falls in at number two for the most spam-producing country as well.

Sophos then looked at the overall “Threat Exposure Rate” of countries around the world to see which ones are at most risk for malware. The Threat Exposure Rate is the “percentage of PCs that experienced a malware attack, whether successful or failed, over a three month period.”

The most at risk country is Hong Kong, according to Sophos, with a Threat Exposure Rate od 23.54 percent. It is followed by Taiwan, United Arab Emirates, Mexico, and India. The safest countries are Norway, Sweden, and Japan.