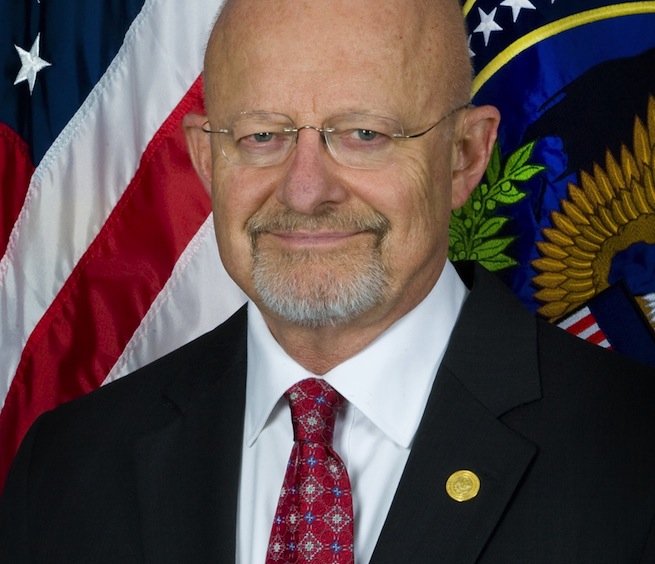 Clapper released a statement late yesterday after The Guardian and The Washington Post obtained and revealed two separate programs under which the government was potentially collecting information about U.S. citizens. He called this exposure “reprehensible,” saying that it puts the program, which is intended to protect American citizens from bad actors overseas, at risk.

“Information collected under this program is among the most important and valuable foreign intelligence information we collect, and is used to protect our nation from a wide variety of threats,” said Clapper in the statement. “The unauthorized disclosure of information about this important and entirely legal program is reprehensible and risks important protections for the security of Americans.”

The Washington Post on Thursday revealed a slide deck reportedly intended for top advisors within the National Security Agency. It showed a number of top technology companies that the NSA also tapped for data that included photos, videos, and audio files. Companies mentioned were Google, Apple, Microsoft, Yahoo, PalTalk, Facebook, and AOL. YouTube and Skype, subsidiaries of Google and Microsoft, were mentioned separately as well.

While the documents revealed the name of the program to be “PRISM,” Clapper did not refer to it by this name.

Clapper denounced the release, saying that there are inaccuracies in the new reports. He says the the program is legal, and that the section under which these programs are being executed, FISA Section 702, specifically states that “it cannot be used to intentionally target any U.S. citizen, any other U.S. person, or anyone located within the United States.” Because of the secrecy of these programs, and the gag-orders often given to companies under the programs, U.S. citizens do not know how their data is being used, or if the government actually takes steps to “minimize” this data, as is also required by Section 702.

In terms of the Verizon order, the secret courts also justified the collection program under the Patriot Act’s section 215, which pertains to collecting business records. The author of the Act, which has also been widely criticized for its privacy implications, said the NSA was going too far and asked it to “sunset” the order immediately.

“It speaks volumes to have that author of the Patriot Act says this is overbroad,” said Kurt Opsahl, the senior staff attorney for the Electronic Frontier Foundation, in an interview with VentureBeat. “He’s saying what everybody thought at the time about the Patriot Act.”

In March 2013, Senator Ron Wyden, who has been vocal about protecting American civil liberties, asked Director Clapper if the NSA collects “any type of data at all on millions or hundreds of millions of Americans.” Clapper replied simply, “No sir.” When pressed, he elaborated, “Not wittingly. There are cases where they could inadvertently, perhaps collect, but not wittingly.”

You can see that conversation in full in the YouTube video below.