Just weeks after Equifax reported a major security breach that exposed data belonging to millions of customers, the consumer credit reporting agency has announced that CEO and chairman of the board Richard “Rick” Smith will be retiring, effective as of today.

Paulino do Rego Barros, Jr., a seven-year veteran of the company who most recently served as president for Asia-Pacific, will step in as interim CEO, while existing board member Mark Feidler will serve as non-executive chairman in Smith’s place. The company said that it will now begin looking for a permanent replacement CEO — searching both internally and externally.

Smith had served as Equifax CEO and chairman since 2005, prior to which he held a number of positions at GE, including roles as CEO and president.

“Serving as CEO of Equifax has been an honor, and I’m indebted to the 10,000 Equifax employees who have dedicated their lives to making this a better company,” said Smith, in a statement. “The cybersecurity incident has affected millions of consumers, and I have been completely dedicated to making this right. At this critical juncture, I believe it is in the best interests of the company to have new leadership to move the company forward.” 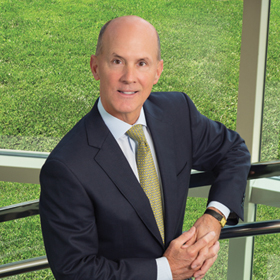 Equifax hit the spotlight earlier this month when it announced that personal details of up to 143 million U.S. consumers were accessed by hackers between May and July, in what is considered to be among the biggest data breaches in U.S history.

The company has been heavily criticized not only for its poor security practices, but also for the way it handled the breach and the time it took to notify customers. News later emerged that Equifax was originally compromised by hackers on March 10, four months before the company noticed any suspicious activity.

The 57-year-old Smith would undoubtedly have preferred to retire under better circumstances, but he can now focus all his efforts on defending himself against the growing scrutiny he and his former company will face in the months and years ahead.

Today’s news comes just 10 days after the company’s chief security officer and chief information officer stepped down and a few days after news emerged that Smith is to testify before the Senate on October 4 about the company’s security shortcomings.

Equifax maintains that the company is in a stronger position today than it was when Smith took over. “On behalf of the board, I express my appreciation to Rick for his 12 years of leadership,” Feidler said. “Equifax is a substantially stronger company than it was 12 years ago. At this time, however, the board and Rick agree that a change of leadership is in order.”