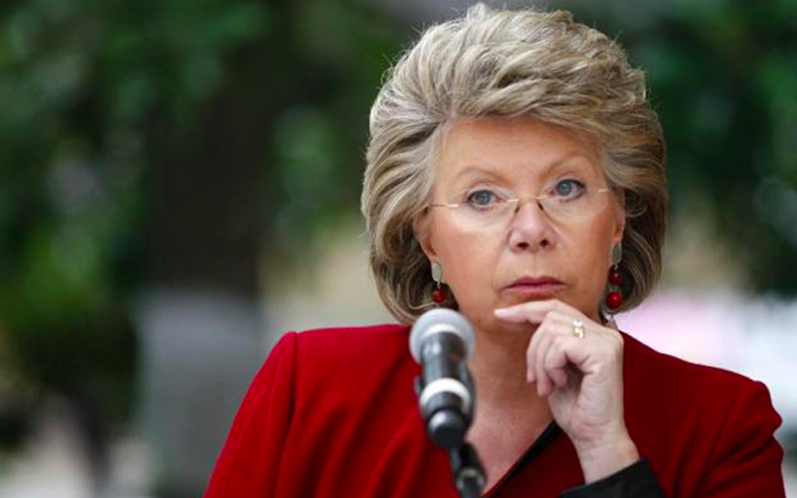 Shockingly, the European Union may turn out to be ordinary Americans’ best friend.

While official reaction to the PRISM Internet surveillance scandal in the U.S. has been muted at best, the European Union is up in arms over the NSA’s access to data from Facebook, Apple, Microsoft, Google, and other companies. Now, the EU’s justice commissioner, Viviane Reding, has written a letter to the US attorney general asking some very pointed questions about PRISM and other U.S. civilian spying programs.

After all, if the NSA were — shockingly — telling the truth that its surveillance is mostly targeted at foreign nationals, European citizens are right in the crosshairs. And Europe has some of the strongest data protection laws in the world.

Reding’s questions to the attorney general, as quoted by the BBC, include:

Based on what we know of PRISM so far, non-U.S. nationals are indeed targeted, along with U.S. citizens. The data collection doesn’t appear to be very limited; rather, it looks rather broad. The scope of PRISM is massive. Companies are not able to challenge the law, or even discuss it publicly, although Google has challenged it, apparently. And private individuals have no hope of knowing whether they’ve been sucked up in the dragnet, and also no hope of challenging any collection of their private data.

Probably not very much. And the EU justice commissioner will no doubt be asking these and other uncomfortable questions of U.S. attorney general Eric Holden in person on Friday, when they meet at a previously-scheduled event.

Any answers she gets — and any pressure Europe can bring to bear on PRISM and other spying programs — could help U.S. citizens challenge the NSA’s efforts to surveil Americans, as well as Europeans. Eighty-five organizations, including the Electronic Frontier Foundation, are already gathering to fight PRISM, while the only substantive response from the U.S. government has been a possible criminal investigation into the leaks.

Which is one reason I’m hoping the Pardon Edward Snowden petition at WhiteHouse.gov gets 100,000 signatures. At least that will force some kind of response.

And, as Jill Killock, the executive director of the Open Rights Group, recently said:

“European governments respect the rights of U.S. citizens. Why shouldn’t [the U.S.] do the same?”