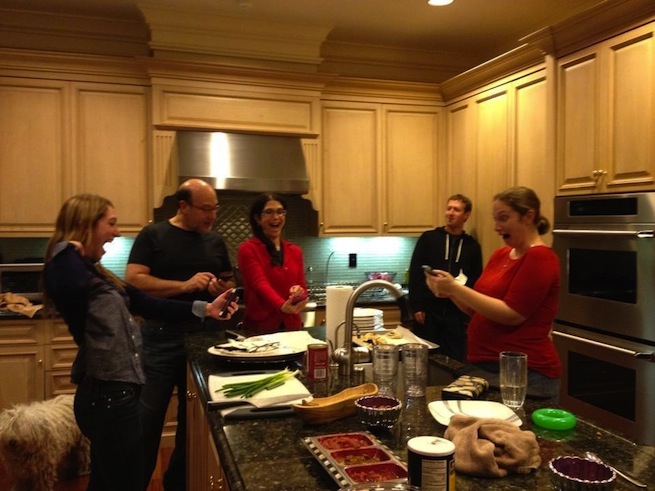 Zuckerberg posted a warm family photo to Facebook that was subsequently tweeted out by Vox Media director of marketing and special projects Callie Schweitzer.

She tweeted to her sizable following, “.randizuckerberg demonstrates her family’s response to Poke #GAH pic.twitter.com/EHNwJ78b”

Zuckerberg quickly responded asking Schweitzer where she got the photo and said, “I posted it to friends only on FB. You reposting it to Twitter is way uncool.”

The photo shows Mark Zuckerberg in the corner, while his family members try out the new Poke application — a mobile app that allows you to take a self-destructing photo and message it to friends. In the photo everyone stands around a kitchen island making funny faces into their cameras, expecting that the photos will soon no longer exist.

These types of situations often arise because of confusing Facebook privacy settings. You should also know that if you delete something from your Timeline, it isn’t actually deleted anywhere, just removed from view on your Timeline. In order to actually delete something like a status or photo, you have to go back to that original piece of content and remove it. You can find a lot of this content in your Activity Log.

Similarly, Schweitzer removed the photo from her Twitter, with apologies to Zuckerberg, but the photo isn’t actually removed. It, of course, lives now on many other websites including Buzzfeed.