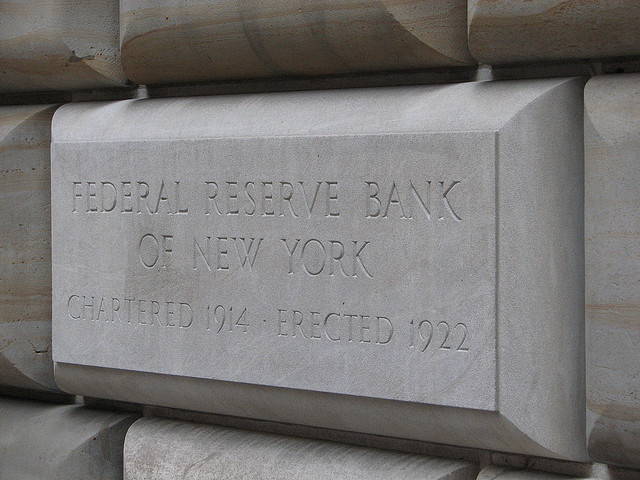 The FBI accused a man of stealing code from the Federal Reserve Bank of New York Wednesday. The code is responsible for keeping track of the US government’s finances.

According to a statement by the FBI, a contractor by the name of Bo Zhang admitted to copying code from the Federal Reserve Bank of New York (FRBNY) to an external hard drive for later access. Zhang, who was taken into custody Wednesday, explained in a complaint released by the Fed, that he wanted the code for his personal business teaching computer programming. The code itself, known as the Government-Wide Accounting and Reporting Program (GWA) is owned by the Department of the Treasury and is used to track government spending. Like a bank, the program regularly sends out account statements to various agencies of the US government tallying their balances.

“As today’s case demonstrates, our cyber infrastructure is vulnerable not only to cybercriminals and hackers, but also alleged thieves like Bo Zhang who used his position as a contract employee to steal government intellectual property,” said Manhattan U.S. Attorney Preet Bharara in a statement.

Often we think of a cyber criminal hunched over blue computer light in some dark, remote basement typing their way into our systems. What we happily ignore are thoughts of rogue employees, who already have the hard work done for them: getting access.

The GWA was stored with the Federal Reserve Bank of New York for further development. Zhang was one of the contractors working on the program.

According to the statement, the US government has spent $9.5 million developing the code thus far. If found guilty of the offense, Zhang faces up to 10 years in prison, three years of supervised release, and $250,000. He has not been charged yet.