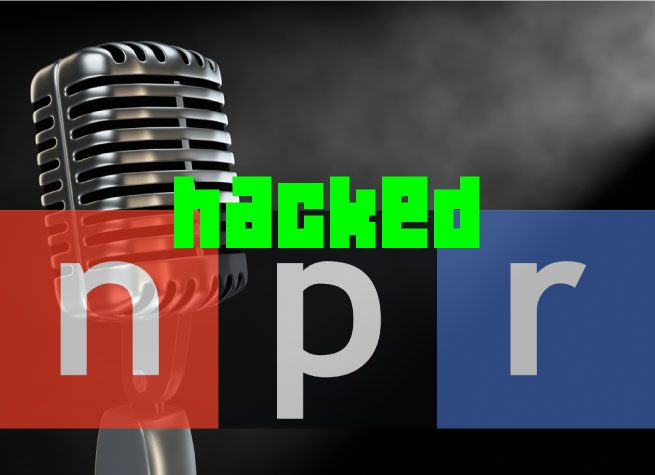 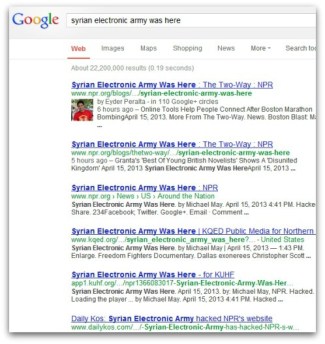 The issue began last night around 11 p.m. Eastern, according to NPR. The Syrian Electronic Army hacked into NPR’s content management system and updated its posts to say, “Syrian Electronic Army was here.” It did the same for the NPR Twitter accounts. The publication says some of these articles belong to its member stations and that all parties have been notified and the situation seemingly cleaned up.

The hackers posted a message to their own Twitter account explaining that “We will not say why we attacked @NPR … They know the reason and that enough #SEA #Syria.”

The group went on to claim responsibility for hacking five NPR Twitter accounts. When asked if the hacking had anything to do with a Peabody Award NPR recently received, the SEA said, “You can ask @DeborahAmos.”

The Peabody Award committee named Deborah Amos for her reporting on Syria, which contributed to the overall NPR award.

The Syrian Electronic Army often goes after publications that do extensive reporting on the civil war in Syria. In 2012, the SEA hacked Al Jazeera’s website after it launched its “Syria Live Blog,” which pulled  in pictures and various social media updates regarding Syria. It was an attempt to provide up-to-the-minute information for an area torn by violence.

NPR says it will continue to closely monitor the situation.