The director of the NSA, Admiral Michael Rogers, just admitted at a Senate hearing that when Internet companies provide copies of encryption keys to law enforcement, the risk of hacks and data theft goes way up.

The government has been pressuring technology companies to provide the encryption keys that it can use to access data from suspected bad actors. The keys allow the government “front door access,” as Rogers has termed it, to secure data on any device, including cell phones and tablets.

Rogers made the statement in answer to a question from Senator Ron Wyden at the Senate Intelligence Committee hearing Thursday. 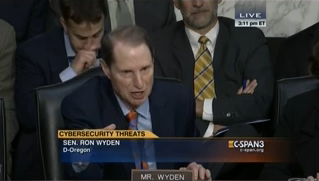 Wyden:  “As a general matter, is it correct that anytime there are copies of an encryption key — and they exist in multiple places — that also creates more opportunities for malicious actors or foreign hackers to get access to the keys? 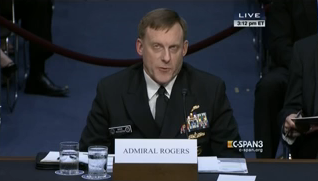 Rogers: Again, it depends on the circumstances, but if you want to paint it very broadly like that for a yes and no, then i would probably say yes.”

View the exchange in this video.

Security researchers have been saying for some time that the existence of multiple copies of encryption keys creates huge security vulnerabilities. But instead of heeding the advice and abandoning the idea, Rogers has suggested that tech companies deliver the encryption key copies in multiple pieces that must be reassembled.

“The NSA chief Admiral Rogers today confirmed what encryption experts and data scientists have been saying all along: if the government requires companies to provide copies of encryption keys, that will only weaken data protection and open the door for malicious actors and hackers,” said Morgan Reed of the App Association in a note to VentureBeat.

Cybersecurity has taken center stage in the halls of power this week, as Chinese president Xi Jinping is in the U.S. meeting with tech leaders and President Obama.

The Chinese government itself has been linked with various large data hacks on U.S. corporations and on U.S. government agencies. By some estimates, U.S. businesses lose $300 billion a year from Chinese intellectual property theft.

One June 2nd, the Senate approved a bill called the USA Freedom Act, meant to reform the government surveillance authorizations in the Patriot Act. The Patriot Act expired at midnight on June 1st.

But the NSA has continued to push for increased latitude to access the data of private citizens, both foreign and domestic.